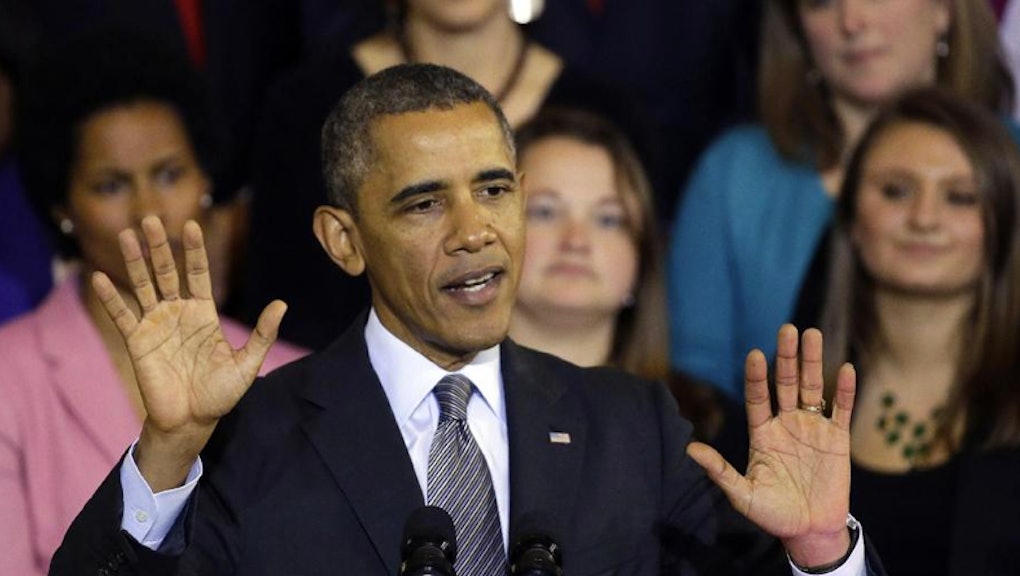 7 Times U.S. Presidents Have Admitted They Were Wrong in History

On Thursday, President Obama apologized to Americans who are losing their current health insurance, after repeatedly reassuring them that they could keep their own plans. More importantly, he vowed to make it a priority to fix the glitches in the system as quickly as possible. Presidents don't often take ownership of their mistakes and apologize to the American people. Here are seven famous instances in which they have.

On March 4, 1987, President Reagan addressed the American people from the Oval Office about the Iran-Contra Scandal and took responsibility for his Administration's participation. He famously said: “Now, what should happen when you make a mistake is this: You take your knocks, you learn your lessons, and then you move on. That’s the healthiest way to deal with a problem… You know, by the time you reach my age, you’ve made plenty of mistakes. And if you’ve lived your life properly — so, you learn. You put things in perspective. You pull your energies together. You change. You go forward.”

Clinton apologized for a scandal entirely of his own making, unlike Obama and Reagan. There were no bureaucrats, insurance companies, or other members of his administration that were responsible for the "inappropriate" relationship with Ms. Lewinsky or him lying about it.

3. President Barack Obama and the Desecration of Korans in Afghanistan

After some NATO soldiers burned Korans in Afghanistan, prompting violent riots that endangered our troops, President Obama apologized to Afghan President Hamid Karzai in an attempt to defuse the situation. While the majority of Americans supported the President's apology, it was met with a lot of scorn from the right.

4. President George W. Bush and the Desecration of Korans in Iraq

President George W. Bush apologized to Iraqi Prime Minister Nouri al-Maliki after a U.S. soldier used a Koran for target practice. And, of course, the right was outraged. Just kidding.

5. President George H.W. Bush and the "No New Taxes" Pledge

Granted, this apology came almost three decades after he left office, but being a former president, it still counts as a presidential apology. Former President Jimmy Carter apologized to the Jewish community in an open letter for stigmatizing Israel, offering an Al-Het. The controversy arose due to Carter's 2006 book, Palestine: Peace Not Apartheid. In it, the former president uses the word "apartheid," effectively comparing Israel's current policies to South Africa's. Carter asked for forgiveness, emphasizing that, "We must recognize Israel's achievements under difficult circumstances." His apology was accepted by the national director of the Anti-Defamation League, Abraham Foxman.

7. President John F. Kennedy and the Bay of Pigs Invasion

On April 21, 1961, President John F. Kennedy took responsibility for the failure of the Bay of Pigs invasion. He said, "There's an old saying that victory has a hundred fathers and defeat is an orphan ... Further statements, detailed discussions, are not to conceal responsibility because I'm the responsible officer of the Government ..."

After the speech, President Kennedy's approval ratings actually soared. Maybe there is something to be gained from offering an apology when it is due.