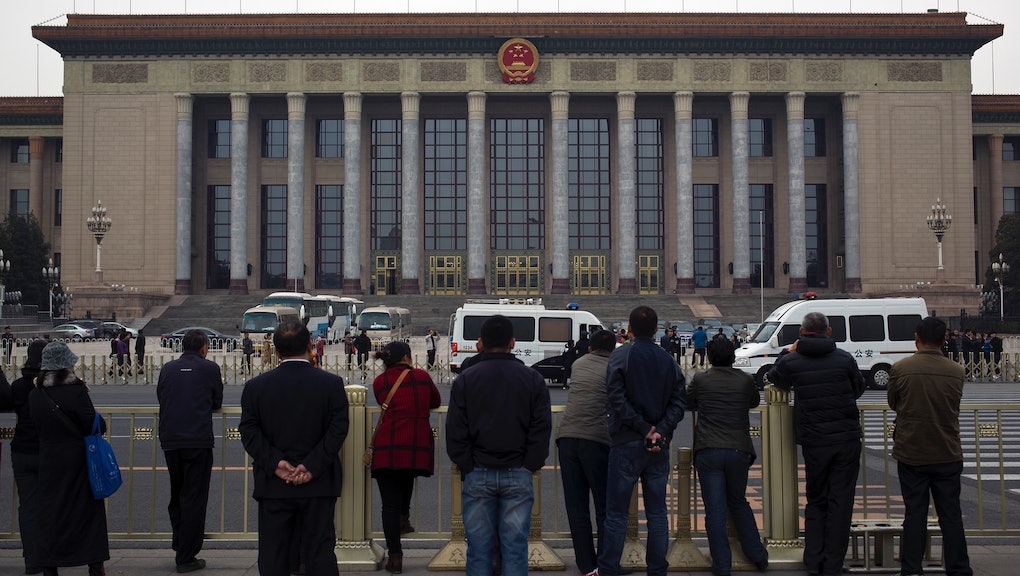 China's Third Plenum: Everything You Need to Know

The upcoming Third Plenum will give President Xi Jinping and Premier Li Keqiang the chance to introduce the reforms that will serve as the guide to their decade-long rule. As the second largest economy in the world, China undoubtedly has a lot of parties interested in its future development — Any misstep will have global repercussions.

The meeting of the Central Committee, the country's 25-person governing body, could herald significant changes; the Third Plenum of past leaderships introduced game-changers such as Deng Xiaoping’s reform and opening in 1978 and Zhu Rongji’s dismantling of a large part of the state-owned sector in 1993. (More background information about these plenary meetings can be found here.)

Although international media are focused on where president Xi Jinping will steer the country in the upcoming five to ten years, the plenum will probably yield a vague outline of his administration’s goals — specific policies will only come later. However, this meeting is still looked upon with great anticipation, as Mr. Xi will likely speak to whether foreign investors, such as the U.S., will continue to increase their access to Chinese markets in the future; he will also touch upon how Chinese leadership plans to address pressing social concerns that are currently interfering with economic growth.

Let’s take a look at the some of the topics that might be discussed.

Market Liberalization — Reforms that would encourage private sector competition in key industries, such as energy and telecommunications, while allowing greater capital flow in and out of the country could facilitate the growth of China’s financial sector. For example, the Shanghai Pilot Free Trade Zone that was launched in September contains market-friendly incentives that could make the city a competitive financial hub once again. However, future reforms will be difficult to implement because of opposition from state-owned enterprises, which benefit from having almost exclusive access to important economic sectors.

Banking reform — Instituting a bank deposit insurance, such as the one covered by the Federal Deposit Insurance Corporation (FDIC) in the United States, could offer protective measures to the many Chinese who currently store their money outside of banks for fear of defaults.

Helping local governments — Funding for public infrastructure and social welfare comes from local governments, with little assistance from the central government. Since most local governments aren’t allowed to borrow loans or levy property taxes, their main source of revenue comes from selling land. The consequent fiscal stress has often resulted in local governments' seizing the land belonging to rural citizens without providing them with proper compensation. (More details on economic issues that might be discussed at the plenum can be found here.)

Corruption — Xi Jinping’s crackdown has brought about huge changes. However, he still has a long way to go before he can eradicate systemic corruption. High-profile embezzlement and bribery cases, such as the scandals of fallen Chongqing party boss Bo Xilai and former railways minister Liu Zhijun, have made for great political theatre on the international stage, but corruption remains an issue that must be addressed if the party is to maintain its political legitimacy.

Pollution — Pollution continues to be a key (and very visible) problem fuelling popular discontent. Governments in some areas have banned smoking for periods of time or the use of incense on certain holidays, but industrial emissions, the main culprits behind pollution, have yet to be openly acknowledged as such by the government or the media. Just last month, the northeast city of Harbin was blanketed by thick gray smog from the firing up of coal plants, even causing schools to close.

Hukou reform — Hukou, the household registration system that has served as the primary control mechanism restricting the population's movements, has not been substantially updated since its introduction three decades ago. In addition to serving as an administrative tool for keeping track of the population, the hukou is unique in that it effectively restricts citizens who reside in rural areas from moving to urban areas without changing their hukou status; the antiquated process and the long-waiting period often discourage such aspirations. Furthermore, as it is currently articulated, the system bars long-term urban residents with a rural hukou and migrant laborers from receiving the social benefits granted to their urban (non-rural) hukou counterparts.

Land reform — Stronger property rights for farmers and other residents with rural hukou would contribute greatly to their economic stability — many have lost their homes after village collectives sold their parcels of land. Having a say over whether to sell or lease their land would also provide these residents with more resources for better housing, should they move to the city. Currently, many who decide to do so live in crowded, impoverished areas that are analogous to urban slums.

Urbanization — The state plans to move 250 million rural residents to urban areas within the next two decades in order to facilitate the transition from a manufacturing to a consumer-driven economy. The process is already underway in some provinces, with millions of migrants relocating to small and medium-sized cities that were once “ghost towns.” However, this will test the mettle of some local governments, whose limited resources will be further strained by the tremendous demand for schools, healthcare, social security, and employment.

In conclusion, whether the goals outlined in the plenum will work depends on the government’s implementation of concrete, detailed policies. Moreover, economic objectives will likely not be reached unless the governing body is willing to enact and enforce social reforms to guarantee that all segments of Chinese society will benefit from such a major economic transition. If it fails to do so, the Communist Party could find itself fueling the discontent it is eager to dispel.