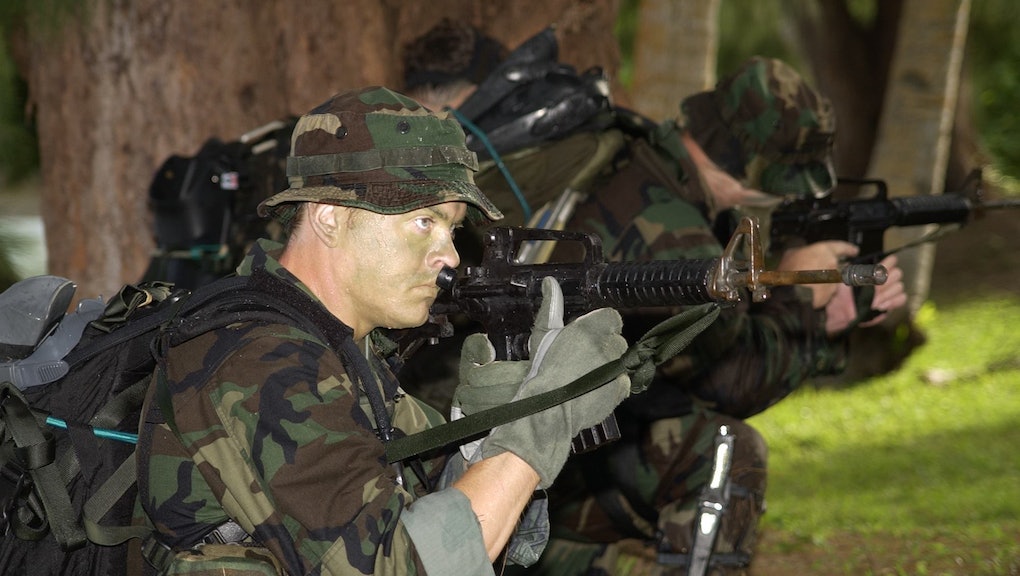 Please Don't Ask a Veteran, "Have You Killed Anyone?"

“Have you ever killed anyone?”

The act of killing is a deeply personal thing and can be tied to exceptionally painful memories. You’d be asking that vet about what is perhaps one of the worst experiences of his or her life. So instead of asking the question, let me propose this: Just assume that they did kill someone, and then process your own feelings about that.

The question isn’t about that vet. It’s about you, and your own morbid curiosity about an experience outside your own life’s script. If that veteran answered, “Yes,” then what of it? Would you still let that person babysit your kids, or be their soccer coach? Would it turn them into some kind of violent monster? Would he still be your friend, or would there always be an asterisk in your mind, a silent note to keep tabs on him? Or maybe you think he’s going to solve a dumb bar fight that you start?

Does it matter if she killed one person or a lot of people?

Perhaps your classmate was a fighter pilot and dropped an Mk-83 1,000-lb. bomb onto dozens of Taliban fighters from thousands of feet high. Maybe she came upon a guy with an AK, dropped him with a few rounds, and was still close enough to hear the enemy fighter’s last breaths. Maybe your friend was sitting in an air conditioned trailer in New Mexico and fired a Hellfire missile from a Predator drone, killing a three-man team putting an improvised explosive device into a Baghdad street. Perhaps your co-worker was in a small patrol base nearly overrun by the enemy, and fired at human beings with so many rounds from his machine gun that the barrel started to melt.

Any way you cut it, they don’t owe you that story, and you don’t get to ask. Trust me. If they want to tell it, they’ll let you know.

The majority of Iraq and Afghanistan veterans never fired a shot in anger. But there are those who did. Consider for a second if your co-worker had been a sniper. “But the guy was a freakin’ sniper!” you might think. “He went into it to kill people!”

Not true. Likely, he simply signed up to serve. Period.

Then maybe during weapons training in boot camp, the instructors discovered he had a special talent for marksmanship. And someone he trusted and respected told him that talent gave him an opportunity to help keep their fellow Marines or soldiers safe. He would get the chance to stand watch over them and be their protector. He would get the chance to take out the enemy before the enemy could hurt or kill his friends. So he got the chance to develop that skill, and you and your tax dollars sent him into a really bad place at a really bad time to do a tough job.

Uncle Sam knocked. You weren’t there. So your friend went instead.

And when he was there, he laid awake for days on end looking through a telescopic scope while he and his partner adjusted the crosshairs for windage, elevation, distance, and a whole host of atmospheric conditions. And maybe one day he saw a group of enemy fighters sneaking up on a platoon of Marines from 800 meters away. Maybe he swung his rifle’s muzzle towards the enemy, got a good sight picture, took a deep breath, aimed, and pulled the trigger.

What he saw next through that scope is his memory, not yours.

So this Veterans Day, if you think you’re empathizing with your vet friend by asking that question, please don’t. You might instead try asking him about the stories he’d like to tell. If he doesn’t want to share with you, it may just be that he’d prefer to talk about that time in his life with people who’ve had the same experiences that he’s had.