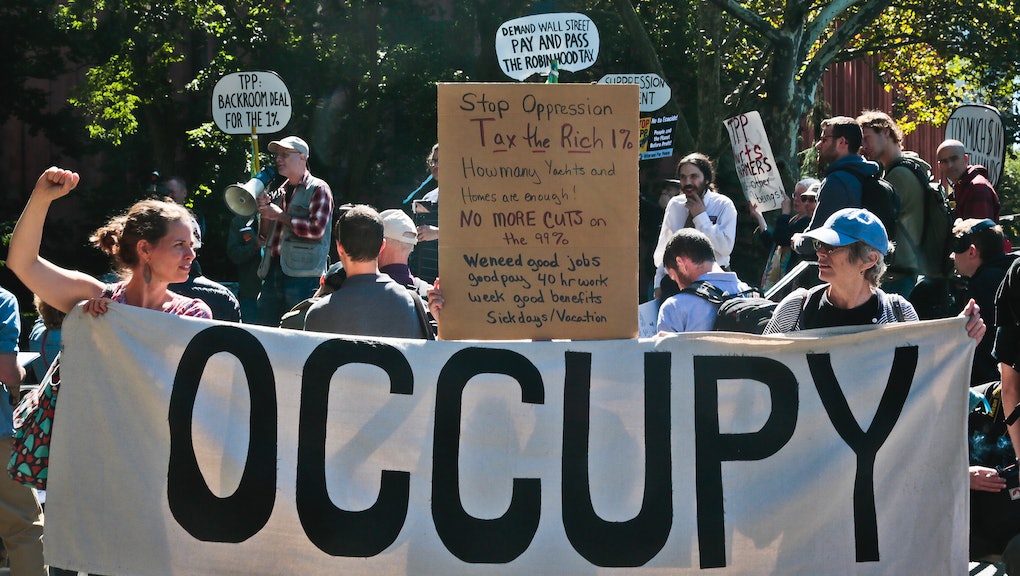 What I Say to Anyone Who Thinks Millennials Are Disengaged

Many of us millennials consider ourselves part of the most active and politically engaged generation. We are constantly connected and informed by social media. Yet while we are connected to each other, we remain isolated from our communities at large. We don’t participate or contribute to politics, and we don’t vote.

How can we explain this trend?

It’s not apathy or indifference — in fact, millennials frequently talk about global issue and politics in their free time. But, according to Professor Katy Harriger of Wake Forest University, while millennials engage in political discussions, they care more about idealist causes than local issues: Young voters “will challenge something as big as the whole capitalist system and do the international stuff that they’re concerned about,” but “they’re just not paying that much attention to what the issues are” in local or national politics.

Harriger’s image of the millennial voter (or non-voter) is reminiscent of the infamous Russell Brand interview in October in which he urged people not to vote, and even called for a revolution: “It’s not that I’m not voting out of apathy. I’m not voting out of absolute indifference and weariness and exhaustion from the lies, treachery and deceit from the political class that’s been going on for generations now.”

He also added, “As far as I’m concerned there is nothing to vote for. I feel it is a far more potent political act to completely renounce the current paradigm than to participate in even the most trivial and tokenistic manner, by obediently X-ing a little box.”

Overly utopian and unrealistic? Yes, a little. Chances that millennials are going to come together and challenge the entire democratic system are slim. Yet, Brand’s remarks should not be ignored.

He is right in suggesting that there is a large gap between what we vote for and what we get back, and that political parties just don’t “work” for us anymore. This interactive chart indicates that only 19% of the American public trust the government in Washington “just about always/most of the time — an all-time low since the Eisenhower administration.

According to the New York Times, millennials have become more cynical. In light of heightened factional infighting and political gridlock, we have lost faith in the government — individual respondents to the New York Times' poll said that the Obama administration has been a “real bummer ever since” its election, and that they “feel slightly more discouraged than [they] did back when President Obama was first elected.”

Yet, I don’t believe that this is, or should be, the Obama administration’s fault. President Obama inherited a government and an economy suffering from the 2008 global recession, and it was necessary that the government put aside its ideologies and certain campaign promises to respond to the crises at hand. Take, as an extreme case, the rupture in UK politics in late 2010, when the coalition between Conservatives and Liberal Democrats raised university fees despite the Liberal Democrats having explicitly promised not to do so in their election campaign, which eventually led to the student tuition fee protests that shocked the country.

Whether the government was right to raise university fees despite having promised not to do so remains debatable, but it is a good example of political parties having to put aside their ideologies to respond to pressing short-term crises.

Furthermore, millenials should blame the political system, not the government. In democracies, decisions are not made by a single political party, but by several. Look at the recent government shutdown — it was the product of the failure of the two chambers of Congress and the two political parties to compromise.

This is not where I produce a solution to this trend of government failure, because I don’t have one and I am not a millennial who, as Professor Harriger says, “challenge[s] something as big as the capitalist system.” But there are alternatives.

Cal Thomas of Fox News argues that precisely because young Americans are losing faith in the government, they are paradoxically becoming more proactive themselves — which is a good thing. Instead of relying on or participating in government, millennials are taking matters into their own hands. According to Rep. Aaron Schock (R-Ill.), because of their “skepticism of government,” young people will say, “If I want to feed the hungry or make a difference for cancer patients, it’s easier to do that through a non-profit and see the tangible results up close than, say, trying to push for federal funding to do the same.”

Maybe there is a silver lining behind our loss of faith in the government, after all.