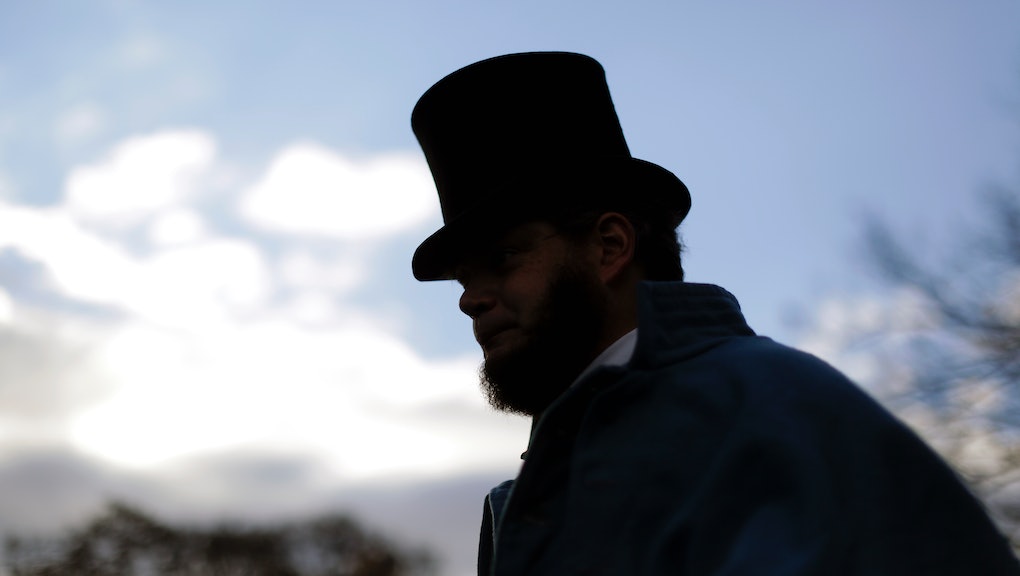 Why is This Speech So Famous?

Now, its editorial board proclaims: "In the fullness of time, we have come to a different conclusion. No mere utterance, then or now, could do justice to the soaring heights of language Mr. Lincoln reached that day."

It goes without saying that this piece is composed in a very tongue-in-cheek fashion. Of course, it is equally true that the Gettysburg Address really is worthy of praise and attention. What are the secrets of its enduring power?

Its backstory is legend among Civil War and presidential buffs alike. A little more than four months after the Battle of Gettysburg left nearly 8,000 soldiers dead and more than 38,000 others wounded, captured, or missing, Lincoln was invited to deliver "a few appropriate remarks" at the ceremony consecrating the creation of the Gettysburg National Cemetery. Instead of being the featured speaker, however, Lincoln was asked to deliver brief dedicatory remarks to follow a much longer address by Edward Everett, a renowned orator with a long career as a Whig Party elder statesman.

Of course, despite speaking for 60 times the duration allotted to the president, Everett's deliberately neoclassical speech (though well received) has been forgotten by all but the most dedicated scholars, while Lincoln's brief afterthoughts have been immortalized as "the Gettysburg Address." Indeed, even Everett himself later wrote Lincoln that, "I should be glad if I could flatter myself that I came as near to the central idea of the occasion, in two hours, as you did in two minutes."

There is also the quality of the prose itself. Read it aloud and hear how easily it rolls off the tongue, at once sorrowful and yet, at the same time, doggedly hopeful. As a self-educated man trained in the literary style of the Bible and Shakespearean plays, Lincoln had a knack for capturing with immortal eloquence ideas that lesser writers have reduced to the thuddingly prosaic. Just look at the opening line, which captures the central fact of our national origin story in 30 words most American schoolchildren can recite by heart:

"Four score and seven years ago, our fathers brought forth on this continent a new nation, conceived in liberty, and dedicated to the proposition that all men are created equal."

While this single sentence comprises less than one ninth of the total text, it establishes the prevailing theme of the entire address, providing the premise to which everything else in the speech directly or implicitly refers. When Lincoln introduces the "great civil war," he frames it as a test over whether that nation, or any nation so conceived "in liberty" and so dedicated, can long endure."

The men who fought and died at Gettysburg are cast as "those who here gave their lives that that nation might live." Their sacrifice must never be forgotten, Lincoln intones, because those still alive must shoulder the responsibility to carry on "the unfinished work which they who fought here have thus far so nobly advanced," namely, "that this nation, under God, shall have a new birth of freedom — and that government of the people, by the people, for the people, shall not perish from the earth." Just as the prose is beautiful, so too is the structure practically perfect. At no point does the speech ever lose sight not merely of the tragedy of the Gettysburg bloodshed, but of the higher cause for which its soldiers fought.

Finally, there is the accessibility of the speech itself. Particularly in today's sound bite driven era, it's hard to imagine a verbose elegy (such as Everett's speech) being particularly resonant today. Even the best known modern presidential speeches are usually recalled based on a single catchy line:

"The only thing we have to fear is fear itself."

Yet, the Gettysburg Address seems almost entirely to be comprised of those types of pithy sentiments. Like a great poem or theatrical monologue, its individual quotes feel tightly interwoven with the whole, making it almost impossible to extract even a single line without feeling the presence of the others pressing against your consciousness.

In short, if you have a couple of free minutes today, take the time to pay tribute to one of the greatest American speeches of all time.