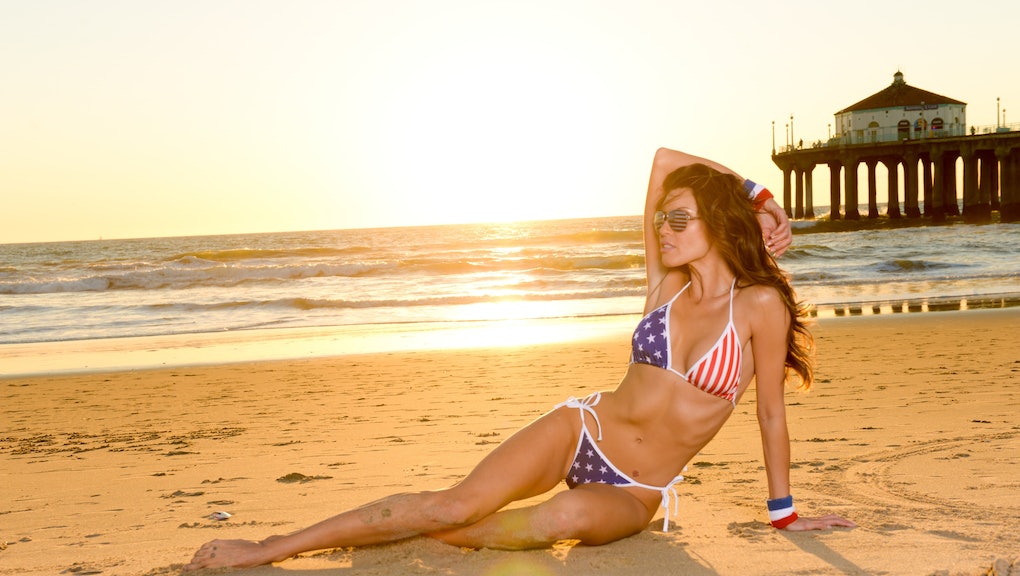 Don't Be So Shocked That I'm a Veteran

“Oh my God, were you ever raped? You’re so pretty!”

Yeah, someone went there. If you’re talking to a female veteran and feel the urge to ask this question, don’t.

I wish every day was Veterans Day. Most people agree that vets deserve special gratitude for sacrifices they make; it’s just easy to forget to express that gratitude.

Luckily, every fall, Veterans Day comes around providing the perfect two-week opportunity for companies to release patriotic commercials reminding the average civ (civilian) of his or her upcoming day off from work. It also, apparently, sets the perfect backdrop for people to ask what “happened to me” while I was on active duty, because I am female and society has somehow indicated that I am attractive enough to sexually assault.

In May, the Defense Department released new data: 26,000 servicemembers said they were sexually assaulted in 2012. That number is up from 19,300 in 2010. Are sexual assault numbers up by a third or are more troops feeling comfortable reporting an indiscretion? Are more men speaking up since “don’t ask don’t tell” was repealed? I don’t have these answers. The military is a microcosm of society, and these things will always go on, and that doesn’t make it right.

I didn’t want to create a “girl who cries wolf” environment at my commands, so I rarely told on anyone who bothered me. I wanted to save my “complaining” for the inevitable “big one.” I was a tomboy with a strong personality, was usually in an exclusive relationship, and very athletic. I communicated with a lot of swearwords. I think I was decent at creating a “don’t bother trying because I will go down kicking and screaming” aura. I could always put up a front that everything was fine. Tough girl. Hard.

I recently found out that verbal harassment is a subcategory of sexual assault. So, aside the time I was incapacitated, hooked up to an IV for three days while suffering Saddam’s Revenge (a dehydrating stomach bug), I was probably getting sexually assaulted every day because I was interacting and joking every day.

Even more bothersome, there were times when a good-looking military man would whistle at me, and I didn’t hate it. So I liked being assaulted?

And most bothersome, I have probably sexually assaulted others. I can’t even identify the blurred line where a catcall or compliment becomes harassment and/or assault. This is between my psyche and me.

A few weeks ago a classmate I hardly knew at Columbia University asked me, “Were you ever raped?” Rude.

Why would I tell her? You can’t blame that one on journalistic enthusiasm; it’s inappropriate. It is almost safe to assume any veteran has been sexually assaulted in some way, but don’t ask unless you are that person’s counselor.

You can ask me, “What was the hardest part?” That’s being a bit more positive. But please, by all means, ask me what I liked about being in the military. My military time was split between two surface tours and two expeditionary tours. I was a rescue swimmer. I did and still do love being in high seas. You may not know what any of that means, but if you see me today, feel free to ask.

Or let’s talk about how four of my comrades were among the best people I’ve ever met.

As much as I can think about the hard times, which inevitably makes me so damn appreciative of our troops and what they endure, I like to think back about the good, great, wonderful times. And there were many.