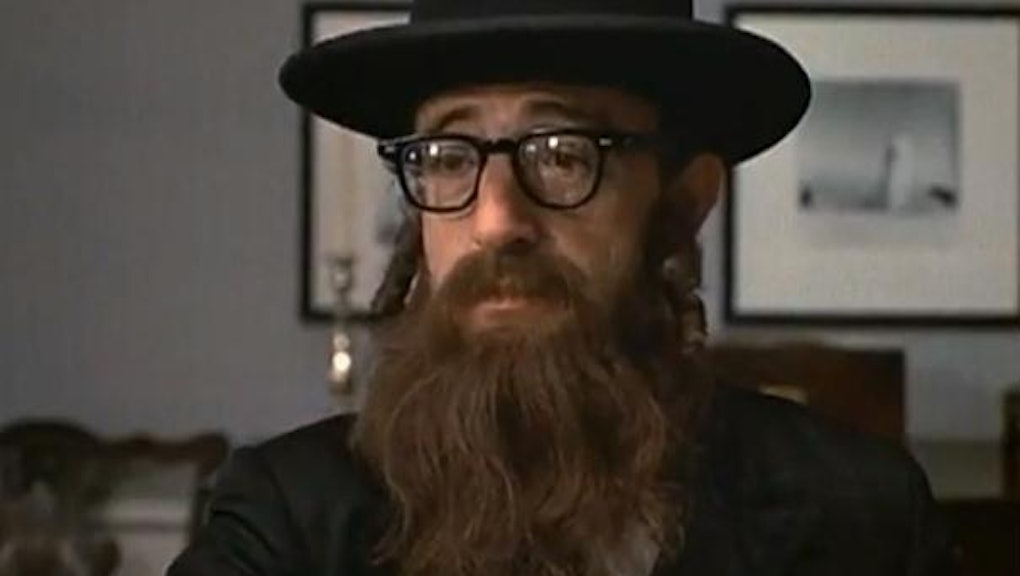 Why Jews Should Be Nervous About Celebrating Thanksgivukkah This Year

This year on November 28, the first night of Hanukkah will coincide with Thanksgiving. That's something that hasn't happened since 1888, and as an American Jew, it's also something I'm more than a little worried about. While many people are excited about the prospect of this hybrid holiday, coined "Thanksgivukkah," personally I see it as a sure-fire way to double my future therapy costs. This just might be the perfect storm for the worst family dinner ever.

First of all, the question of which family member will host "Thanksgivukkah" is a process that, with two times the number of people, is likely to include more planning, strategizing, and post-traumatic stress than the Battle of Gettysburg. While I'm not sure of the outcome, there will definitely be casualties, and it will most likely end with a two-hour drive to our estranged cousin's house where everything smells like cat pee and boiled kale. Personally, I'll be using a combination of the Kubler-Ross model and Alcoholics Anonymous' 12-Step Program to recover from all of the stress.

Planning the Thanksgivukkah menu will be equally as complicated. Combining the side of the family you spend Thanksgiving with and the side of the family you spend Hanukkah with means combining three people with gluten allergies, two vegans, one vegetarian, kosher grandparents, and two very traditional holiday foods that don't mix. Let's just say there's a reason that matzo ball pumpkin soup, gefilte fish stuffing, and Manischewitz-marinated turkey breast don't exist.

And there's also a reason, other than some 2,000-year-old miracle, that the Jewish people decided to spread Hanukkah out over 8 nights: They wanted to diffuse the atomic bomb that is the typical Jewish family dinner. Let's just say, if the Jews had been present at the first Thanksgiving, all of the kvetching, kvelling, nagging, bad jokes, clanking dishes, passive aggression, regular aggression, talking over one another, and dueling matzo ball soup recipes might have convinced the Pilgrims and the Indians to stay at home.

Okay, so by now you know why I'm not excited about the prospect of "Thanksgivukkah." While there are plenty of things that go together, like bread and butter, and models and cocaine, there are just as many that don't. Let's just say there's a reason pumpkins don't grow in the shape of menorahs and the sides of the dreidel aren't covered with pictures of different types of gourds. And I'm pretty sure that combining different holiday foods, family members that don't like each other, Christian cousins, atheist cousins, Pagan cousins, and a very delicate balance of neurosis could ignite a fuse that just might start World War III. That being said, I'm staying positive, embracing the spirit of the season, and giving thanks that this won't happen again until long after I'm dead.

Or maybe I'll just say screw it and go skiing this year.