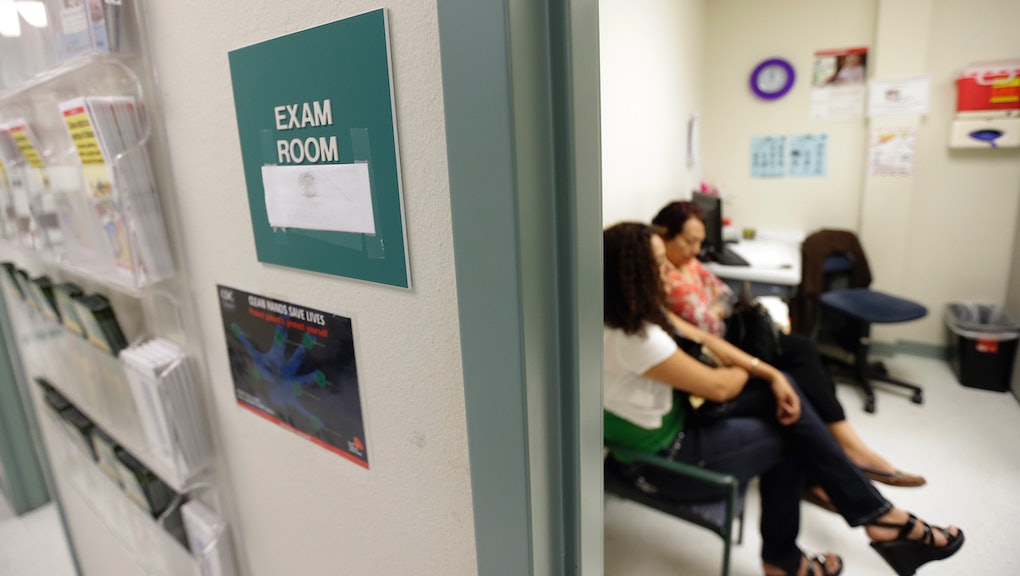 Young Couples Are Getting Divorced to Save Money On Health Care

Despite what my Facebook feed full of engagements, lavish weddings, and romantic honeymoon photos may show, marriage rates are down for people in their early 20s.

In fact, only 20 percent of American adults ages 18 to 29 are married. This is due to a general cultural shift, as well as the acceptance and practicality of cohabitation in today’s economy.

Now young people may have another reason not to walk down the aisle: Childless married couples will pay far more for health insurance than unwed couples who live together. Conservatives are calling this a "marriage penalty," or Obamacare’s heinous plan to "break up families." The Affordable Care Act might not favor married couples, but it certainly does not coddle young, single creatives, either.

One young, married couple made headlines for considering a divorce so they could cut costs on health insurance. These are artists who work as freelancers in an expensive city. As a freelance writer who does not receive health insurance benefits from an employer, I know this line of work is difficult and uncertain. Most of us are not rolling in the dough, and an expensive marriage — and even more costly divorce — could set us back even further in debt.

I live with my long-term partner, and he earns more than I do at his full-time job. We’re young and working our way up in our chosen career fields. Marriage has never been a priority for either of us, and like many millennials, we’re content living together without being legally bound to one another. A government program like Obamacare isn’t going to sway us into marrying or not because we know it isn’t designed to benefit us exclusively. It’s largely for single mothers and struggling families, not recent college graduates climbing up the career ladder, looking for new ways to cut costs.

Though it may seem unfair to our generation to pay more for health care simply because we chose to wed the person we love, here are the facts: Married couples often have combined incomes well over 400 percent above the federal poverty level. This is what makes them ineligible for subsidies. Obamacare isn’t punishing married couples any more than federal taxes and Social Security have for years. In fact, a married woman may only receive benefits based on her husband’s work records, no matter how long she has been employed. This may seem beneficial to some, but it’s insulting when a woman still earns less than a man doing the same job.

If young couples are that financially conscious, they should know marrying and divorcing based on the current political climate isn’t a logical way to save money. Millennials are broke, it’s true, but isn’t marriage about sticking together for richer or poorer and in sickness and in health? Marriage shouldn’t be about saving a buck in the first place, and divorce isn’t a way to catch a deal when government policies change.