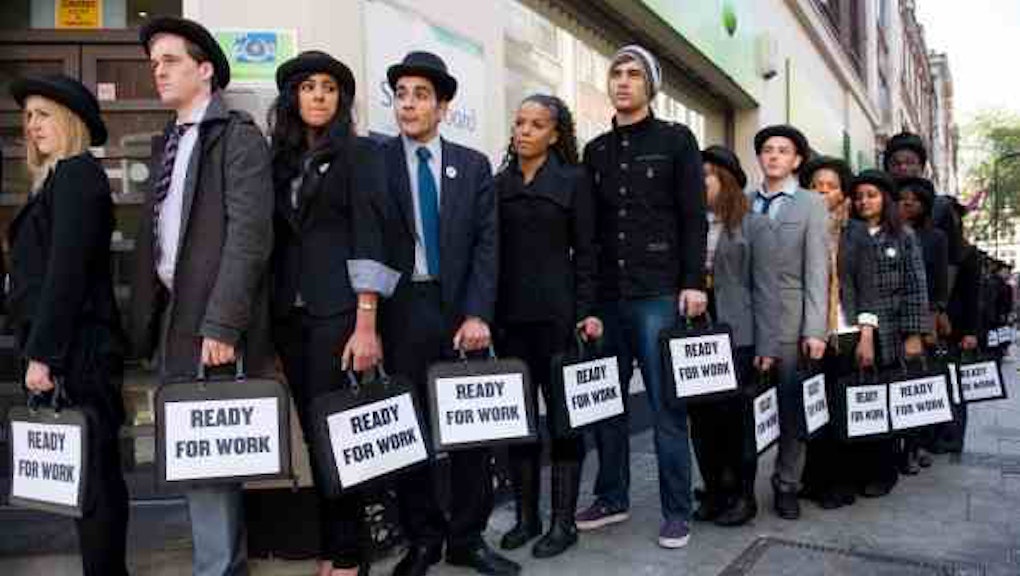 4 Reasons Millennials Have It Worse Than Previous Generations

Last month, I attended a career fair at a high school not too far from my job. I remember what it was like to suffer through boring guest speakers, so I tried think of something memorable to say. I think I was making good points because the person I was paired with kept cutting me off and finishing my sentences for me. The main point I wanted to stress was the importance of having a plan for after high school. If I would have been able to, here are the four reasons I would have told these students they can expect to have it worse than previous generations.

The financial crisis was another blow to a country already dealing with the effects of a shrinking manufacturing sector. The seasonally adjusted unemployment rate hasn't been under 7% since November 2008. This means that many high school and college graduates are entering into a tough job market. Since 1980, the unemployment rate has been higher than the current 7.3% seven times, and four of them were after 2007.

Income inequality is starting to become a bigger issue as more Americans realize the tradition of future generations faring better the previous not necessarily being a given. The fast rising costs of higher education is already causing many young adults to delay or reject pursuing a degree. With many high paying careers increasingly requiring post secondary education, many millennials rack up large debt totals in order to pursue their career goals. This in combination with a bursting housing bubble is making it harder for many millennials to become homeowners like their parents and grandparents.

People following the immigration reform debate may have noticed several large companies lobbying the government to allow more foreign workers. Despite current high unemployment rates, there are many high paying jobs that are going unfilled. Employers, especially in S.T.E.M. related careers, are hiring many foreign workers. Lagging educational indicators for American students is making the many highly qualified and eager workers from abroad relatively attractive labor. Worsening educational outcomes for American students will have a negative affect on economic growth.

Despite being 22% of the population and 30% of the registered voters, Americans aged 25-39 only have made up only 10% of House members in the last 40 years. Many older politicians claim to be acting on behalf of their children and grandchildren, but may be slow to adapt to effects of younger Americans on public opinion. Youth voter apathy further encourages politicians to focus more on population groups who turn up at the polls in larger numbers. There’s a reason anti-spending lawmakers don’t often suggest cuts to medicare or social security.