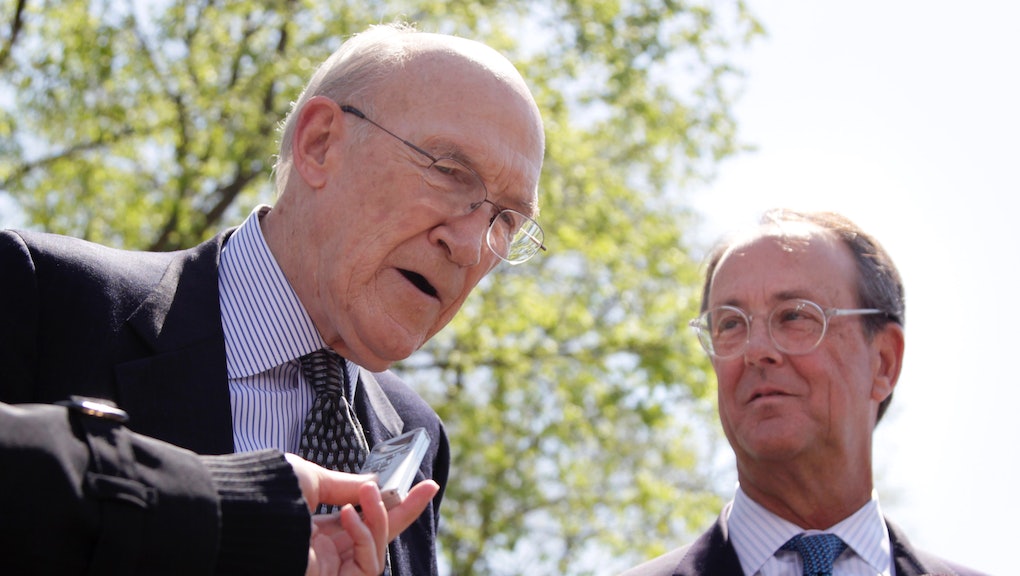 Daily and dogmatically, politicos and pundits bemoan the size of the “national debt.” “Who will pay for this reckless spending?” they grieve. Surely, the youth — students, our children and grandchildren — will inherit our collective sins. Fix the Debt and The Can Kicks Back howl that increasing outlays today require higher taxes and suffering down the road. Hearing such cries, many young people don “fiscal responsibility” as a mantle of maturity.

Despite the appeal of such posturing, it’s utterly unwarranted — even harmful. The doctrine that deficits demand sacrifice is one of several myths about how the modern federal budget works. Fortunately, we can dispel Dark Age fairy tales with a grasp of accounting identities and institutional nuts and bolts.

First things first: The U.S. government can’t “go broke.” Ever. The government doesn’t face the same fiscal pressures as you or me. The U.S. fiat currency isn’t pegged to gold or other currencies, and there’s no hard cap on dollars in the world. Hence, there’s no inherent affordability issue. It's common to ask Washington to "balance its checkbook," but although the government faces constraints like inflation, it can always lend or spend money into existence. Congress can only “default” voluntarily — for example, by not raising the debt ceiling.

You may disagree that this should be the case, but it’s been operational reality since 1971. As Fed Chairman Ben Bernanke has indicated, when the government spends, the Treasury simply asks the Federal Reserve to credit and debit bank accounts with keystrokes. The dollars don’t come from anywhere (not taxes, not bonds).

With an understanding of modern money, it’s easy to see why millennials don’t have to shoulder a real economic burden for past indulgences. It's also worth observing, as Nobel winner William Vickrey did in 15 Fatal Fallacies, that the people who hawk hysteria about debt hurting children typically ignore the fact that deficit spending can actually increase employment and our real output of goods and services. Every dollar added to the government deficit is a dollar that flows into the private and foreign sectors, where it can potentially be used for our economic needs.

Unfortunately, Republicans and many “fiscally responsible” Democrats still worship the Balanced Budget Gods, pledging eventual, if not immediate atonement. In their worldview, credit markets and a disciplinary debt ceiling (despite even elites calling for its abolishment) are indispensable to public finance. But in reality these mechanisms are optional. And as for the idea that our elders are borrowing from China and leaving us the tab? We’re not obligated to pay off those Treasury bonds simultaneously. More important, we’re not “borrowing from China.” Foreign businesspeople sell us goods in exchange for dollars. They swap the dollars for high-yield savings assets. They’re not buying bonds to be nice — they're buying bonds because unlike cash, those bonds yield interest. And if bondholders dislike the interest rates they're getting, they can just keep their dollars in reserve accounts or buy other assets. That’s it. This is why, unlike in Greece, bond vigilantes, who will supposedly cause a fiscal catastrophe by dumping all their bonds, never actually crash the gates.

Rather than borrowing from foreigners or “the future,” the true constraint on any population’s wellbeing is real resources. As Dr. Stephanie Kelton, an economist at the University of Missouri at Kansas City, and Warren Mosler, billionaire financier, have repeatedly noted, “no one sent cars back in time to pay off the deficit from World War II.” Similarly, no one will need to tighten his or her belt in 2080 because of food stamp programs. A sacrifice of goods and services might be necessary when all our real resources are mobilized via full employment and inflation looms, but we’re far from that point.

Even if you disagree with my Deficit Owl position and think the "national debt" is a first-order concern, the truth is the debt is nowhere near as high as generally reported. Politicians cite the figure of $16.7 trillion. But as Matt Bruenig has noted, and as the latest Treasury report confirms, about 30% of that amount is “owed” to other federal agencies. Another 10% is “owed” to the Federal Reserve itself (see graph below). This is like the left hand owing the right. A more accurate total is about $10 trillion, and only about $5 trillion is owed to foreign bondholders. Furthermore, when calculating the debt, if we include what Washington owns, what it can produce, and what it can tax in real resources — rather than simply tally liabilities but not assets — the picture brightens.

When Congress taxes us to death, spikes rates on student loans, or slashes social services, it does so within an outdated fiscal framework. Regardless of political stripe, no one can legitimately claim the U.S. government can’t “afford” things. Unless you can offer credible evidence of long-term inflation, there is no “long-term debt problem.” We’re immediately capable of suspending payroll taxes, guaranteeing jobs, or giving money back to struggling state governments — Congress has just decided not to.

We have nothing to fear from the “national debt” but fear itself. Conventional wisdom on the subject is inconsistent with reality, and obscures truly important questions about what we want, rather than what we can afford. Personally, I hate austerity: I don’t dig sadomasochism given a viable alternative. I believe money should work for the public, not chill in coffers. But my position, like all positions on the debt, is about morality, not arithmetic. Beneath the rhetoric of affordability, the question of whether we want to invest in infrastructure and promote full employment is truly a question of values.

So, fellow millennials, when you hear someone mourn the "national debt," focus on what kind of country you want. We don't need to martyr ourselves for their sake.