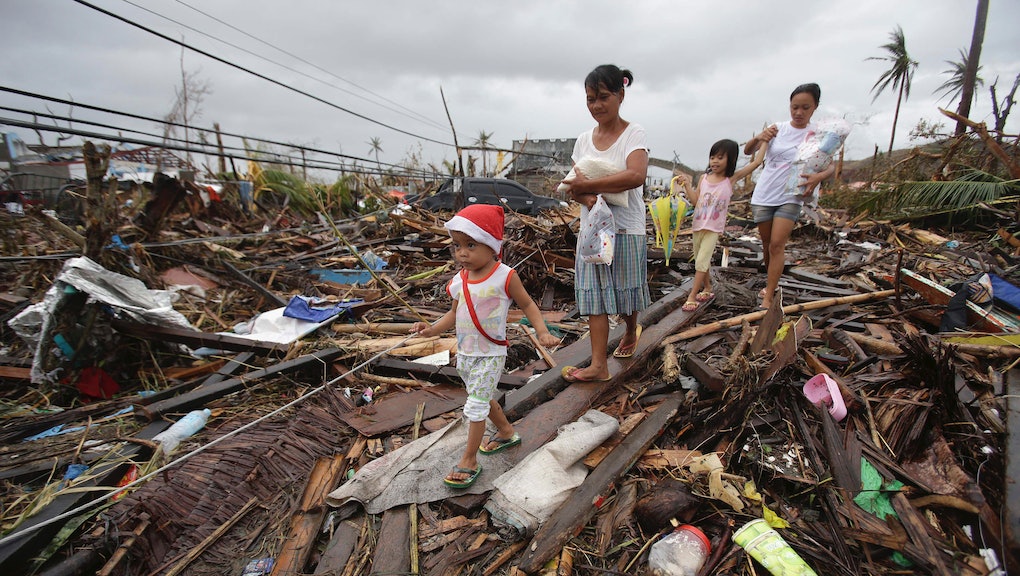 In the aftermath of Typhoon Haiyan — or Yolanda, as it is called by locals — thousands of Filipinos have been left without food, water, shelter, and medicine. The hardest hit part of the country was the port city of Tacloban, which was home to about 220,000, but who now have little to return to. 800,000 people in the country were evacuated from high-risk areas before the typhoon reached land, but the storm devastated entire cities. Officials fear the typhoon may have killed as many as 10,000.

Philippine President Benigno Aquino claims the government has set aside 18.7 billion pesos ($432.97 million) for recovery efforts, and he has deployed soldiers to maintain stability. Initial international efforts have come from the U.S., which has sent military cargo planes carrying necessities such as food, water, and medical supplies.

Here are some invaluable tools for those affected by the crisis:

Typhoon Yolanda Person Finder: Use this Google tool if you are looking for someone or have information about someone who is currently missing. You can also search for lost persons with your cell phone using SMS texting.

Crisis and Relief Map: This map provides comprehensive, frequently updated information on the location of hospitals and health facilities, evacuation centers, relief drop zones, command posts, and police stations. This Google-powered tool is a great interactive visualization of the locations closest and most convenient to its users.

For those in the U.S. who want to do their part in this time of great need, there are relief organizations that could use your contributions. These organizations are just a sampling of the many groups currently providing victims with supplies and care.

Care for children: USA for UNICEF

For more information on the programs above and to donate to relief organizations not listed here, please click here.

Even though wind speeds have now decreased and the force of the storm has mostly dissipated, the extent of the damage and suffering caused by Typhoon Haiyan remains to be seen. If you know of any other tools to help those in need, please post them in the comments section.