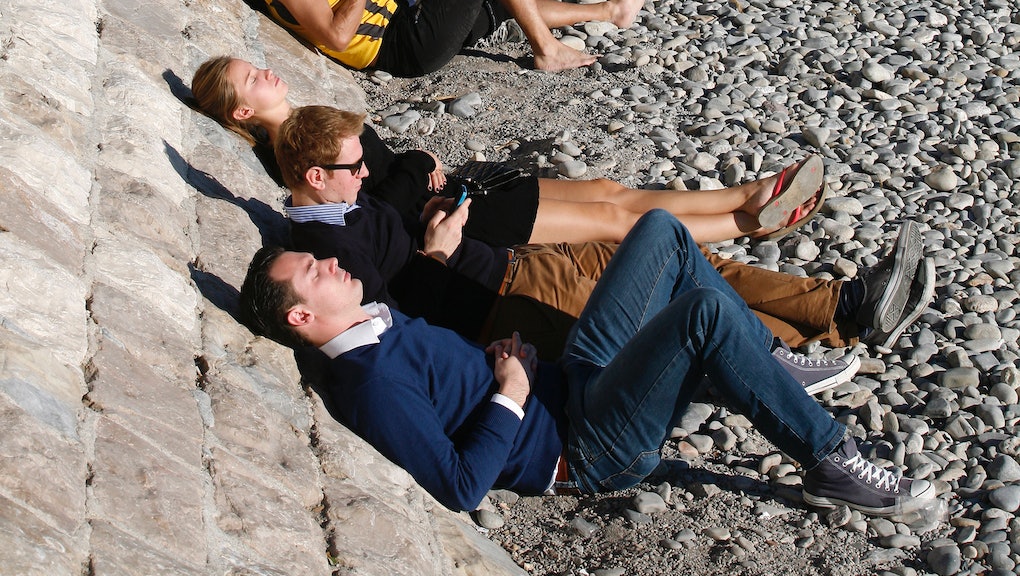 What Overworked Millennials Can Learn From Europe's Laid-Back Lifestyle

In today's fast-paced world, where information travels around the globe at 300,000 kilometers per second, it is considered a badge of honor to jam-pack your days full of activities and move at a lightning pace to get them all done. As a moderately successful millennial trying to make it in a cutthroat job market, I cannot count the number of times each week I answer the simple question, "How are you?" with the elated response, "So busy!" Having two part-time jobs and three freelance side projects is quickly replacing the 9 a.m. to 5 p.m. norm.

Instead of embracing the multi-tasking milieu, some people have begun to question whether the modern "do all, win all" mentality is healthy both for people and the planet.

The "Slow Movement," founded in Italy in 1986 to protest Rome's first McDonald's, offers some alternatives to those who are questioning whether a fast-paced lifestyle is right for them. The movement advocates a cultural shift towards slowing life's pace. Fast food, for example, is viewed as an unhealthy byproduct of a culture obsessed with living on the go.

Slow Movement advocates claim that "time poverty" is one of the greatest problems our generation is facing, as stress from our busy lives is causing an unprecedented number of health problems. And it affects our social lives as well. People now cut down on leisure activities and family time to their own detriment and that of those around them.

In order to remedy this problem, the Slow Movement advises people to reconnect the disparate aspects of their lives. One can do this by consciously slowing down the pace of eating, reading, traveling, working, breathing or doing pretty much anything in order to gain clarity and become healthier. In Europe, various social experiments testing the Slow Movement's philosophy proved successful. Volvo's "slow" business model ensures the quality of the company's cars, and France and Germany's decision to reduce weekly working hours has improved the quality of work by 20%.

The Slow Movement's philosophy can be applied to almost every aspect of human life, but what makes it so interesting is that it challenges the popular notions that "time is money" and "speed is power." Modern technology and finance capitalism would have us believe that the faster one is, the better one is. The Slow Movement's motto is the antithesis of that.

It may be interesting to see what our generation is missing out on while we're busy moving fast.