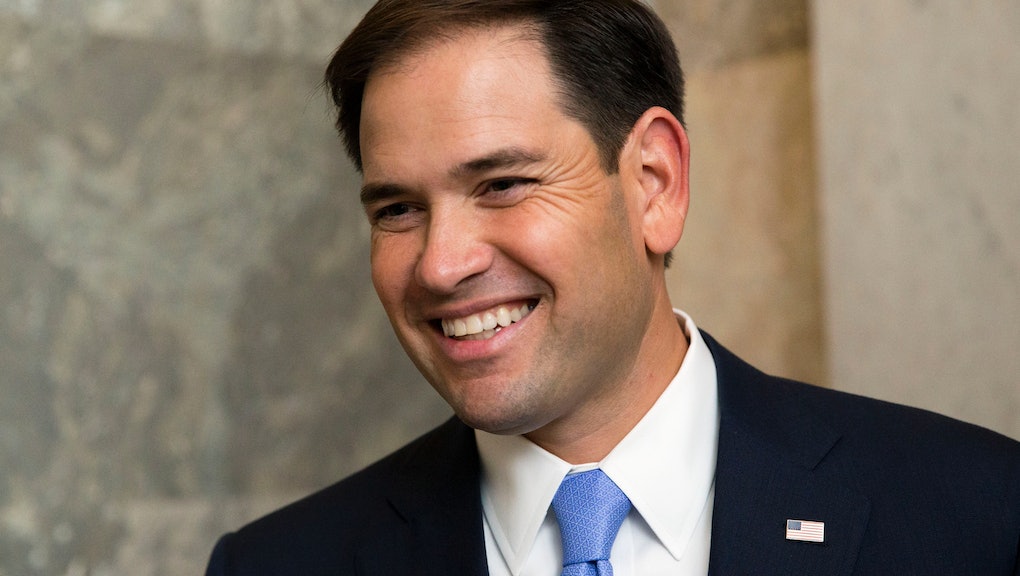 Sen. Marco Rubio (R-Fla.), a likely 2016 presidential candidate, will be delivering the keynote address for Florida Family Policy Council (FFPC) at their fundraising dinner this week. The FFPC is a conservative non-profit organization that promotes various anti-gay and pro-life policies. The dinner honors Matthew Staver, dean of Liberty Universities School of Law and founder of Liberty Counsel, which aids socially conservative organizations through legal support.

Staver staunchly criticizes the teaching of gay rights in public schools and endorses conversion therapy. Last week, Staver's group filed a lawsuit against Chris Christie and accused his law, which bans gay-to-straight conversion therapy, of interfering with parents' abilities to seek counseling for their children. John Stemburger is FFPC's president and, like Staver, is a fierce and outspoken anti-gay activist who is against the participation of gays in the Boy Scouts.

Rubio's participation in the fundraiser for this openly anti-gay group comes as little surprise given the stance he has historically taken on gay rights and gay marriage.

What may come as a surprise is the fact that politicians like Rubio continue to hold enough popularity to maintain seats in office, despite supporting discredited practices through groups like FFPC, and despite holding anti-gay opinions in the face of recent advances made towards marriage equality for same-sex couples.

This year has certainly represented an outstanding step towards LGBT equality with the Supreme Court of the United States' ruling the Defense of Marriage Act (DOMA) unconstitutional. Yet politicians like Rubio continue to fight what appears to be a losing battle. Despite holding these opinions, Rubio and like-minded politicians such as Rep. Michelle Bachmann (R-Minn.) continue their fight for the American dream in the form of Senate seats and presidential bids.

Bachmann campaigned in 2012 for the presidency. Like Rubio, she has a history of involvement in the controversial psychological treatment of conversion therapy. She and her husband own Bachmann and Associates, a Christian counseling practice (run by her husband) that was accused of providing conversion therapy. Bachmann obviously did not seal the deal in her run for presidency, and we will see — if Rubio runs in 2016 — how much his stances on social issues affect his popularity during the presidential race.