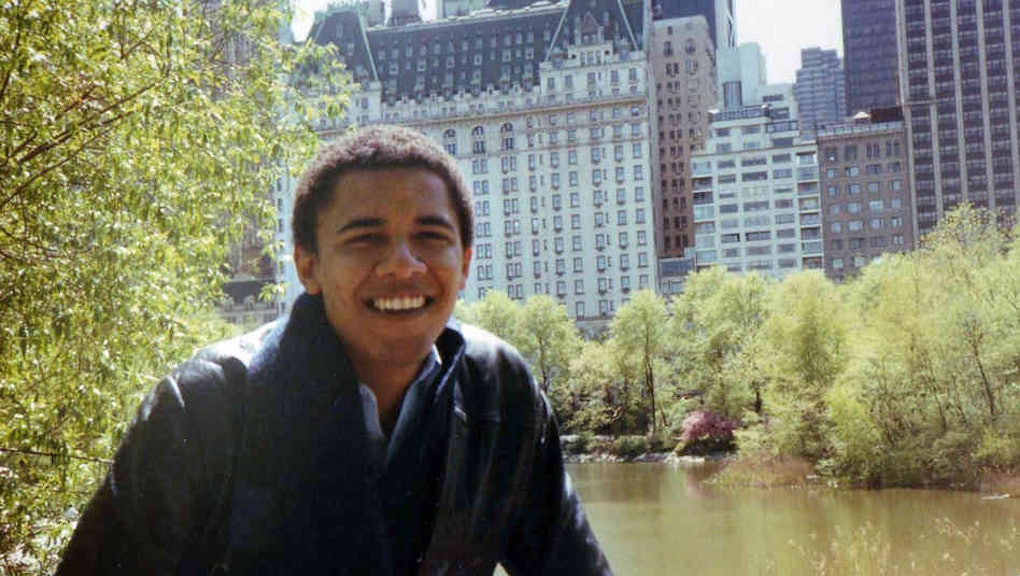 What 9 World Leaders Were Doing in Their 20s

These days we're constantly hearing about how hard it is to be a 20-something-year-old — the self-doubt, the meaningless jobs, the ramen-only diet. Do you ever wonder what some of our world leaders were up to during this period of insignificance? I'm disappointed to have to say that, unsurprisingly, they weren't binge-watching TV on Netflix and chatting with strangers (ahem, "mutual friends") on Hinge.

After graduating from Columbia University in 1983 with a degree in political science, Obama moved to Chicago where he reportedly helped rebuild low-income communities on the South Side that had suffered as a result of local steel plant closures. Before enrolling in Harvard Law School in 1988, Obama got in touch with his spirituality and did some travelling — Stars! They’re just like every 20-something-year-old! — first by joining the Trinity United Church of Christ and then by visiting relatives in Kenya.

Wild fact(s): Obama spent two years in Los Angeles at Occidental College, before transferring to Columbia University in New York City to finish out his degree. He also reportedly used alcohol, marijuana, and cocaine during his teenage years to "push questions of who I was out of my mind." This wasn't in his 20s, but still.

Putin aspired to work in intelligence before he even finished college. After earning a degree in the law department at Leningrad State University, he went to work in the state security agencies. There he worked first as the directorate secretariat, next in the counterintelligence division, and then in operations personnel retraining courses. Once he began working in the counterintelligence division, foreign intelligence officers began to notice him. Putin spent over a decade working as an intelligence officer after he finished college — it's no surprise, really, that the "Chuck Norris of international politics" bypassed his aimless, self-doubting 20-something years.

Wild fact: Putin's early history is a bit secretive. Of course. It's reported, though, that while at university he spent his free time training in judo. Of course.

Merkel met her first husband, Ulrich, a fellow physics student, at the University of Leipzig in 1974, when she was only 20 years old. They married in 1977, in part because, if they wanted to live together, they had to comply with the regime's rules. While earning her degree, Merkel worked as a barmaid, living with her husband in a 100-square-foot room with a shared bath and toilet.

Wild fact(s): Merkel's first marriage ended in divorce in 1982. Merkel remarried in 1998 to Joachim Sauer, a chemistry professor from Berlin, to whom she has been married since. Her drink of choice at university parties was reportedly cherry juice and vodka.

Assad spent most of his early 20s studying medicine at the University of Damascus, from which he graduated in 1988. While working towards becoming a doctor and conducting his residency in ophthalmology at the Tishreen military hospital outside of Damascus, Assad had no plans to become involved in politics. His older brother, Bassel, was next in line to take over for their father, former Syrian President Hafez al-Assad, but after Bassel tragically died in a car accident, Bashar was left as the successor to his father.

Wild fact: Assad served as an army doctor in Damascus, then moved to London. He had no intention of immediately moving back to Syria, and had zero political aspirations at the time.

Netanyahu joined the Israeli military before he even turned 20, serving in the Israel Defense Forces' elite unit. He participated in several notable operations, including "Operation Isotope," the 1972 rescue of a hijacked passenger jet. Netanyahu spent the rest of his early 20s in the United States, studying architecture and business administration at MIT.

Wild fact: Before he turned 30, Bibi had already joined (and left) the Israeli special forces, and had participated in numerous commando operations, including leading one raid deep into Syria.

After graduating from Brasenose College, Oxford, with a first-class honors degree, Cameron spent the following five years working in the research department of the Conservative Party. Though Cameron was regarded as a hardworking and talented researcher while at the Conservative Central Office, he was a member of the Bullingdon dining club during college — which, rumor has it, was famous on campus for its carousing and mischief.

Wild fact: The Bullingdon Club is famed for its hard drinking and bad behavior, and Mr. Cameron has always refused to talk about it. The club's members have become notorious over the years for vandalising restaurants and trashing students' rooms.

Much of Jong-un's early life — even his birth year (which officially is 1982, though rumor has it that this date might have been chosen for symbolic reasons) — is cloaked in mystery. He attended Kim Il-sung Military University, and allegedly began accompanying his father, Kim Jong-il ("The Dear Leader"), on military field inspections before he turned 30. As his father's health declined, Kim was promoted to a four-star general, deputy chairman of the Central Military Commission of the Workers' Party, and a member of the Central Committee — all in the span of a few hours at a Workers' Party meeting in 2010. Not bad for a former T-Birds member.

Wild fact: Kim was a die-hard Chicago Bulls fan. He loved Dennis Rodman, whom he eventually met in 2012 when the basketball star made a bizarre trip to North Korea.

After earning his a bachelor's degree in judicial law at the University of Tehran — which, notably, he paid for himself! — Rouhani travelled across Iran delivering anti-shah, pro-Ayatollah Khomeini speeches. Unsurprisingly, this behavior caused him to ultimately flee his country and join Khomeini in exile in Paris. Despite his religious title, which is hojatoleslam (a middle rank in the religious hierarchy of Shiite Islam), Rouhani was arrested many times throughout his late 20s because of his allegiance to Khomeini.

9. Xi Jinping, general secretary of the Communist Party of China

Xi Jinping, son of Xi Zhongxun, one of the Communist Party's founding fathers, spent his late adolescence and early twenties working in the remote village of Liangjiahe, which is what most "intellectual youth" did at the time. During this time he allegedly lived in a dug-out cave and spent time learning peasant virtues, in part because his father had fallen out of favor with Mao Zedong. Later, Xi went on to study chemical engineering at Beijing's Tsinghua University; he also earned a degree in Marxist theory and ideological education.

Wild fact: Xi worked as a farmer in the Shaanxi Province until age 22.