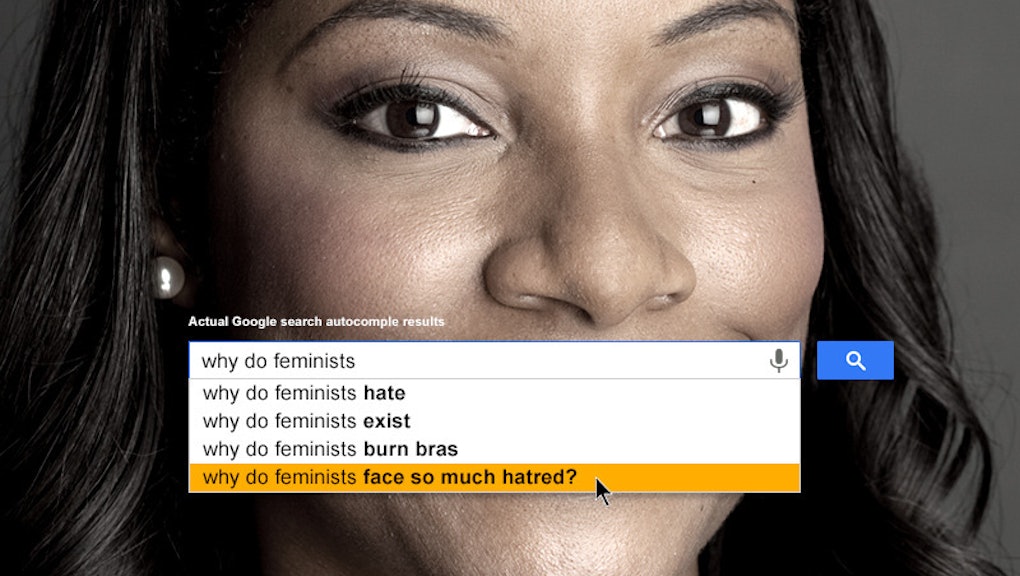 One single Google search for feminism reveals just how much work is left to be done.

There's a general assumption that feminists have won the war on inequality, but as the viral UN Women Google auto-complete campaign showed in October, women still face a shocking amount of discrimination and abuse across the world. That unfortunate reality is only more pronounced for the very people fighting to reverse this trend: feminists.

Start typing "feminism" and "feminists" into Google search, and see what disturbing results come up.

Whether it was the death threats thrown at feminist activist Caroline Criado-Perez for successfully protesting for Jane Austen to be on the £10 bill, or the rape threats that political analyst Zerlina Maxwell received after she opened up about her experience with sexual assault, feminists still face an unbelievable amount of vitriol, and Google searches only make that even clearer.

Thankfully, there are courageous people working to change that. Despite the stigma they face, vocal men and women are fighting every day to refashion a world in which feminists are celebrated for their courage, rather than threatened for their beliefs.

Below, these heroes show us what that world would look like. I've juxtaposed the shocking auto-complete results for feminism on the faces of prominent feminists working hard to change the status quo. In orange, I've highlighted what Google would say if feminists were understood for who they are and what they really fight for.

Everyone deserves to live in a world where they are treated with respect, and believing in equality should never get in the way.

Are you a feminist? Have you experienced these stereotypes or know someone who has? Share this story and let me know how you feel on Twitter and Facebook.