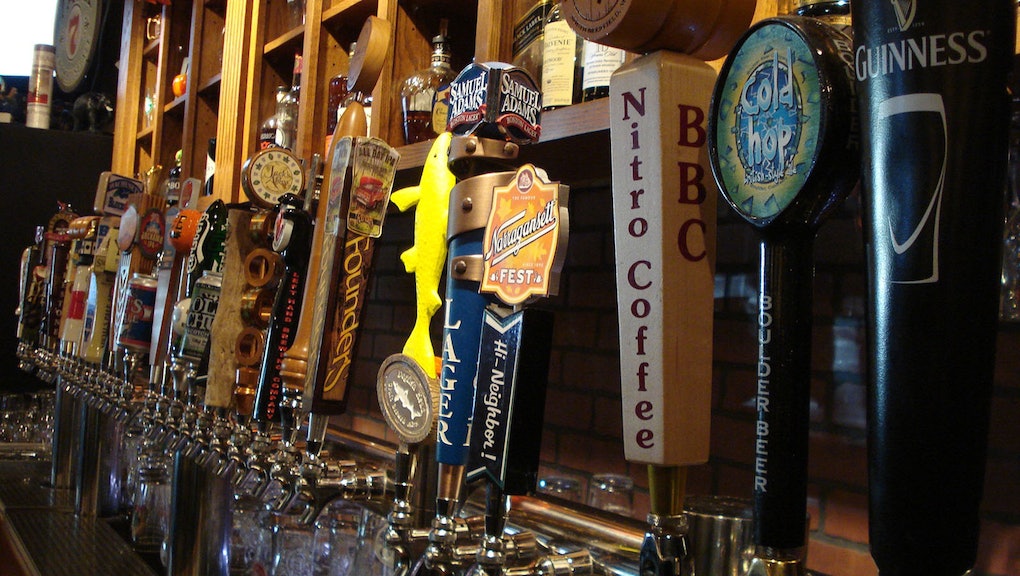 Alcohol Substitute Lets You Get Drunk Without Drinking

A British scientist claims to have developed a drug that has all the positive effects of alcohol — euphoria, social lubrication, the ability to temporarily overlook every single awkward thing you've ever said or done since the day you were born — but with none of the negative side effects, thanks to an antidote that can immediately reverse the drug's effects.

Neuropsychopharmacologist (phew) David Nutt may, on first glance, seem like a crazed experimenter — a nutty professor, if you will. In addition to pinpointing five compounds that mimic alcohol's effects on the brain, Nutt has used himself as a guinea pig to identify their effects. In an interview with the U.K.'s Telegraph, Nutt said, "I've done the prototype experiments myself … I've been inebriated and then it's been reversed by the antagonist." According to Nutt's very personal research, users would be able to sip the substance while out with friends, pop an antidote, and jump behind the wheel perfectly sober, with no hangover or other negative consequences.

As nuts as Nutt's work may seem, the finding is bolstered by the scientist's academic and professional bona fides, and his dedication to clear thinking about drugs.

Self-experimentation or not, Nutt isn't exactly an amateur tinkerer cooking drugs in his motor home. The highly accomplished scientist studied medicine at Cambridge, taught psychiatry at Oxford, and headed the clinical science department at the U.S. National Institute of Health's National Institute of Alcohol Abuse and Alcoholism. He created an interdisciplinary psychopharmacology department at Bristol University, chaired the U.K. Advisory Council on the Misuse of Drugs, and is currently the Edmond J. Safra Chair in Neuropsychopharmacology at Imperial College London.

A risk-reduced alternative to alcohol makes perfect sense coming from a subversive scientist who has questioned our overemphasis on drug harm and the need for evidence-based classification of drugs rather than assumptions or political rhetoric. (Nutt once wrote a paper questioning the rhetoric surrounding ecstasy by considering the damage caused by "equasy," an addiction to horse riding.) With any luck, Nutt's finding may lead to a greater understanding of the mechanisms of inebriation — and a socially acceptable way to get wasted, without the subsequent walk of shame.