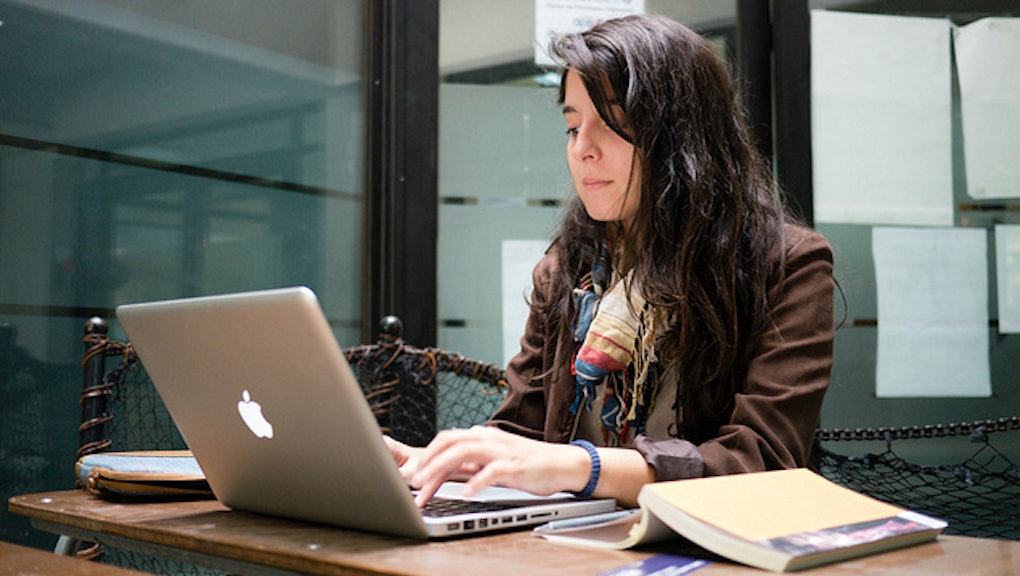 Getting Catcalled Could Lower Your GPA

Street harassment, or cat-calling, is usually just an annoyance, but there’s no question that it can have an extremely negative impact on someone’s learning experience and self-worth. A new study from Hollaback! reports that nearly 70% of college students have experienced some form of harassment on their campus. Nearly half of those students said that harassment negatively affected their college experience.

The frequency of cat-calling on the quad is troubling, but what I find more troubling is that campuses don’t seem to be doing much about it. 55% of the campuses administrators in the study admitted that their campus’ anti-harassment programs or policies were insufficient in preventing student harassment. Their silence speaks louder than any wolf-whistle.

In an ideal world, colleges would make people feel confident that 1) if they are harassed, they have an ally or support they can rely on, and 2) campus officials will make an honest and concerted effort to address harassment among students and work to prevent it in the future. But when friends of mine went to our campus authority to report how they had been harassed, here’s what actually happened: nothing. It seemed like due to their involvment in sports, the harasser in question had more protections than the harassed , in the most stereotypical fashion.

It’s a common story for victims of sexual abuse. Someone tries to get help from an authority figure, only to walk away feeling like they haven’t been taken seriously. And why wouldn’t they feel that way? When harassment on campuses is not addressed by the school, it sends a very strong message to anyone who’s dealt with harassment — your experience of abuse is not important, and your overall experience on this campus isn't either.

Cat-calling may seem harmless, but when you’re constantly reduced to your physical attributes, like most women are, instead of recognized for your personality, your creativity, or your intellect, wouldn’t you maybe start to believe that your appearance is all you have going for you? Maybe you wouldn't see the other aspects of yourself college can help you develop?

For those doing the heckling, I often wonder how they would feel if they saw someone cat-calling their sister or their mother. I believe that if people were made to genuinely think about those questions, we could really reduce the incidents of street harassment on campus, making everyone's academic experience better. Maybe catcalling wouldn't go away completely, but at this point anything would be an improvement.

Hollaback's new study shows that there's an opportunity here for colleges to teach young people about what harassment looks like on every level. Colleges can let all of us know that it’s degrading. Period. Students must be provided with the tools and resources to recognize and combat harassment. That means that colleges must step up and make it a priority for their students to learn about the severe consequences harassment can have on someone’s learning ability and self-esteem.

Otherwise, all we're getting is the same message from our universities about catcalling: It's not important, and neither are you.