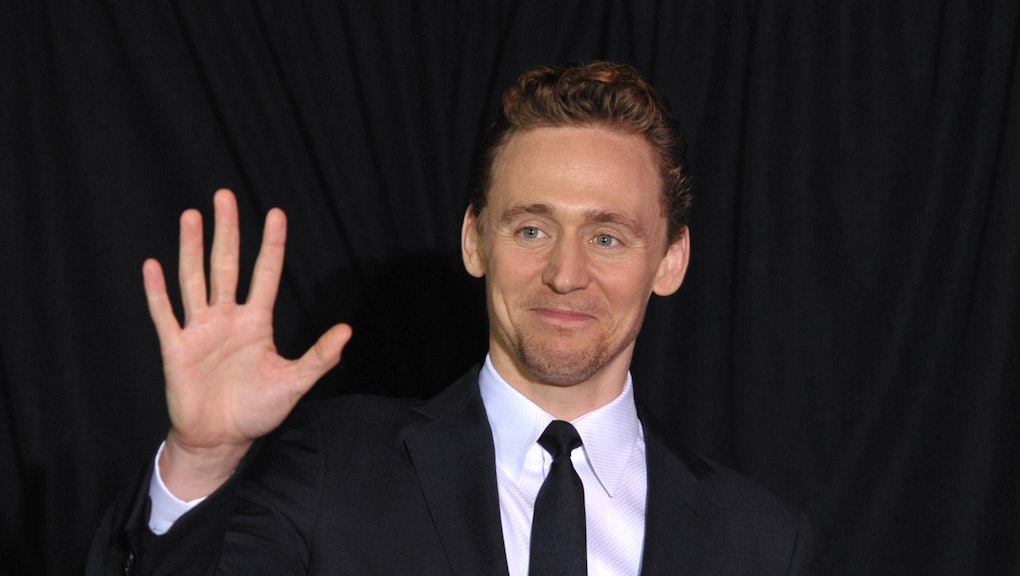 As millennials, we consume more poetry through music than almost any other generation. But poetry and poets don't occupy a prominent place in our generation's cultural pantheon. Poetry may be important for millennials, but let's be honest, we probably still spend more time discussing The Real Housewives of Beverly Hills than Shakespeare or Auden.

Maybe what millennials need in order to engage with poetry is not exactly the written word, but the spoken word. The spoken word, as said by Alan Rickman or Robin Williams.

1. James Earl Jones reads "Song of Myself" by Walt Whitman

James Earl Jones, the Oscar-award winning actor, has one of the most beautifully dramatic voices in the arts. Millennials came to know his deep, mellifluous voice as Mufasa in Disney's The Lion King, as Mr. Mertle in The Sandlot, and as Darth Vader in Star Wars. His familiar, distinctive intonation lends a certain gravitas to every performance.

Poetry, unique among the verbal arts, heavily emphasizes the spoken word. It's for this reason that listening to poetry is such an important part of the experience. For millennials, listening to voices we know and trust, like James Earl Jones', may help us engage with poems and poetry.

This is how an exclamation point is meant to sound, folks.

I wish I had learned earlier that Johnny Cash had a television talk show. Despite my chagrin at delaying the inevitable YouTube binge, this video of Dennis Hopper reciting Kipling's famous and moving "If" was worth the wait. Hopper, an icon of 60s-era rebellion and an artist until his death in 2010, here illustrates the importance of the reader to the poem.

A poem is changed by every recitation, every shifting accentuation and inflection, every long pause. Because poems must be highly distilled and intentionally constructed, readers can feel confident interpreting the poet's work. Here, the cadence of Hopper's reading changes the tone of the poem, and we can hear Kipling's words and Hopper's interpretation directly.

3. Tom Hiddleston reads "May I Feel Said He" by E. E. Cummings

E. E. Cummings is renowned as a poet for his unconventional style and elevated sensuality. For new students of contemporary poetry, Cummings is an appropriate starting point; though his structure and style are unconventional, his work is relatively accessible.

In this reading, Hiddleston imbues the poem with life and personality. This performance is a textbook example of why poetry needs to be read both on paper and aloud. It is powerful on paper, but it becomes unforgettable through his voice. The physicality of Cummings' lovely, fragmented romance is emphasized when voiced and bodied.

It may be an understatement to say that millennials are jaded when it comes to love and relationships. This kind of art affirms the value of sensitive intimacy, a value which we millennials need to maintain through our skepticism.

Poetry has long been a critical method of political communication, in much the same way as satire. By cloaking dissent and political critique in poems or humor, the artist is able to convey his or her message with less risk of alienating the audience or attracting unwanted political attention. Poetry lends itself to epic themes — love, life, death, war, and peace — because of the constraints and considerations of the form. That it is also used as a form of protest or social consciousness is important to note, especially now.

"The Long War," a poem by Laurie Lee, is a graceful plea for peace. Through Rickman's reading, "The Long War" is able to reach a larger audience. His emotional rendering of the political themes helps the audience engage and understand the poem's message.

5. Anthony Hopkins reads "Do Not Go Gentle Into That Good Night" by Dylan Thomas

Here, Anthony Hopkins recites Dylan Thomas' exceptional poem about his father's death. "Do Not Go Gentle Into That Good Night" exemplifies the beautiful elevation of the most painful human experiences that poetry is capable of. In Hopkins' rendition of it, we cannot help but feel as he feels and flex as he flexes.

Bukowski's poem is undeniably lovely. It only becomes more so in this reading by Tom Waits. The benefit of hearing poetry read by performers is that they understand the intangible weight of the spoken word. They can read these poems as they are meant to be read, even and especially as each of them reads the poems differently. This is a perfect one to leave you with.

The Laughing Heart, by Charles Bukowski

your life is your life