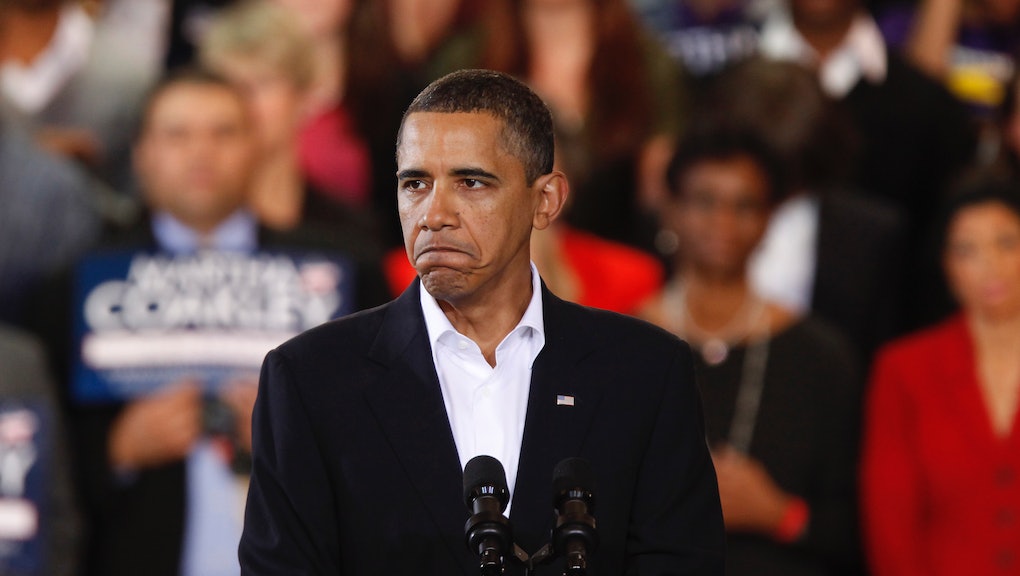 5 Obamacare Facts That Prove the Law is a Complete Failure

With all of the "if you like your plan, you can keep it" controversy floating around the news lately, the American people are beginning to really scrutinize just what is in this law that we had to pass "so [we] could find out what's in it." Here are the top five pieces of Obamacare that I believe will harm average Americans the most.

In order to subsidize lower insurance rates for some, Obamacare is bringing with it 17 new taxes that will cost Americans around $500 billion over the next decade.

Obamacare reduces the Medicare budget by nearly $262 billion between 2013 and 2022, causing hospitals, such as Connecticut's Lawrence + Memorial Hospital, to cut jobs and the number of Medicare patients they see.

Under Obamacare, men will be forced to pay for maternity coverage as part of their new health insurance plans. Since, you know, men often need the basic maternity services used by women during pregnancy.

4. Purchase Insurance, Or Pay a Penalty

Everyone is required, whether he or she wants it or not, to have insurance under Obamacare, or face a penalty. Failing to either remain covered by your current plan (provided that plan hasn't been cancelled, like so many others have) or enroll in Obamacare results in a penalty of $95 per person per year or 1% of household income (whichever is greater). This fine increases every year an individual opts of Obamacare. Consequently, many are choosing to face the penalty rather than purchase insurance because the fine may be cheaper than the available health coverage.

Obamacare requires that employers who hire 50 or more workers who work 30 or more hours per week must provide health insurance for their employees. This is causing eployers to cut back thousands of workers' hours in order to side step the law. Opposition to this part of Obamacare has even come from top union leaders, who, in a letter addressed to Democratic congressional leaders, said that Obamacare will “destroy the foundation of the 40-hour work week that is the backbone of the American middle class.”