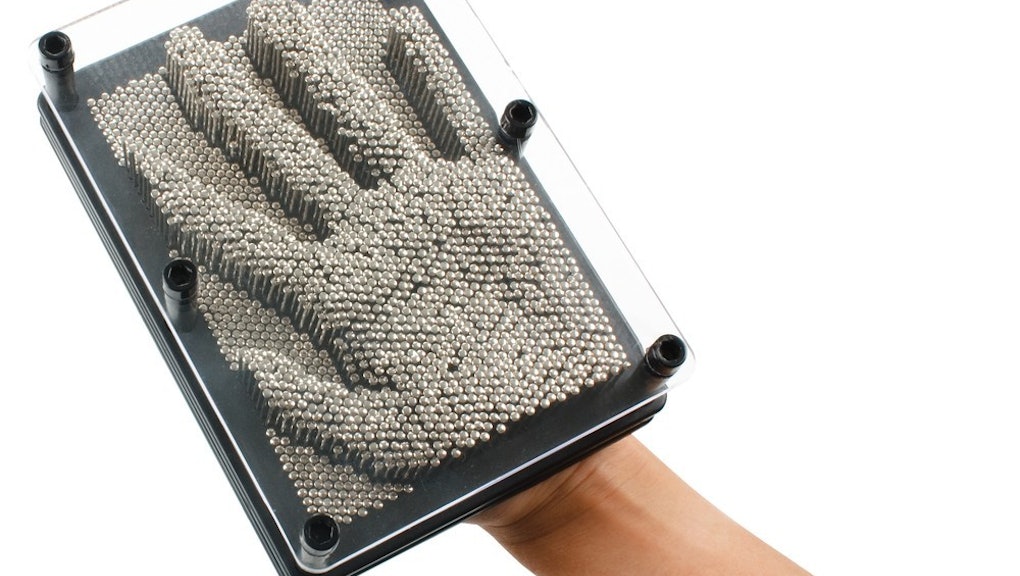 MIT’s Tangible Media Group has come up with the invention inForm,

It was inspired by their vision that we will one day live in a world where digital technology is tightly interwoven into the fabric of physical environments. You might think that we already live in this world. We physically interact with computers, tablets, and cell phones every day, don’t we? But the Tangible Media Group, led by Professor Hiroshi Ishii, wants to push the limits even further by replacing your standard digital screens with a more interactive, tangible 3D interface.  Imagine that the pins on inForm replacing pixels on your screen. Essentially, they are in the beginning stages of creating a more tangible version of Tony Stark’s computer lab.

The invention is created using Microsoft’s Kinect, a computer, a projector, and hundreds of small pins that move up and down using actuators. If this product were miniaturized it could be used for a wide variety of applications across various industries. A similar tangible interface is already used in the field of architecture to create more realistic 3D models  of buildings that simulate solar shadows and wind flow simulations.

You could also probably imagine this technology leading to new gaming systems, mechanical modeling, or even interactive art. In many cases, a tangible interface may be preferable over a digital one because it is physically intuitive and allows us to take better advantage of hand-eye coordination. However, most practical applications are decades and hundreds of thousands of dollars of research away.

Because of this, many (see the comments on the YouTube video) are quick to exclaim that we are wasting thousands of dollars on a cool, yet practically useless toy. These people would be wrong. While institutions like MIT must be strategic in how they allocate research funds, we should not downplay the importance of investing in projects with potentially great future benefits.

The Tangible Media Lab makes the distinction between technology-driven, needs-driven, and vision-driven research. Their lab chooses to focus on vision-driven research because the benefits have a longer life-span. Technologies can be obsolete within a year and consumers’ needs can change quickly. Their research projects, including inForm, could very likely transform the way we play, create, and understand the world around us.

Investing in this concept can lead to new tools that benefit many other researchers, developers, artists and consumers. Think of inForm as a step closer to a new universal platform that third party innovators can use which will enable new products across various industries.

Allocating research funds to projects with near-term benefits will allow for incremental innovation — a little faster smart phone, a slightly more user friendly operating system, a battery that lasts a few hours longer. But investing in projects like inForm, where the long-term vision is much greater than the initial product, can lead to radical innovation - consider 3D printing technology, personal computers, and the internet itself as examples. This type of innovation enables entirely new technologies, and changes behaviors and patterns of consumption

And that is the type of project that’s worth the investment.