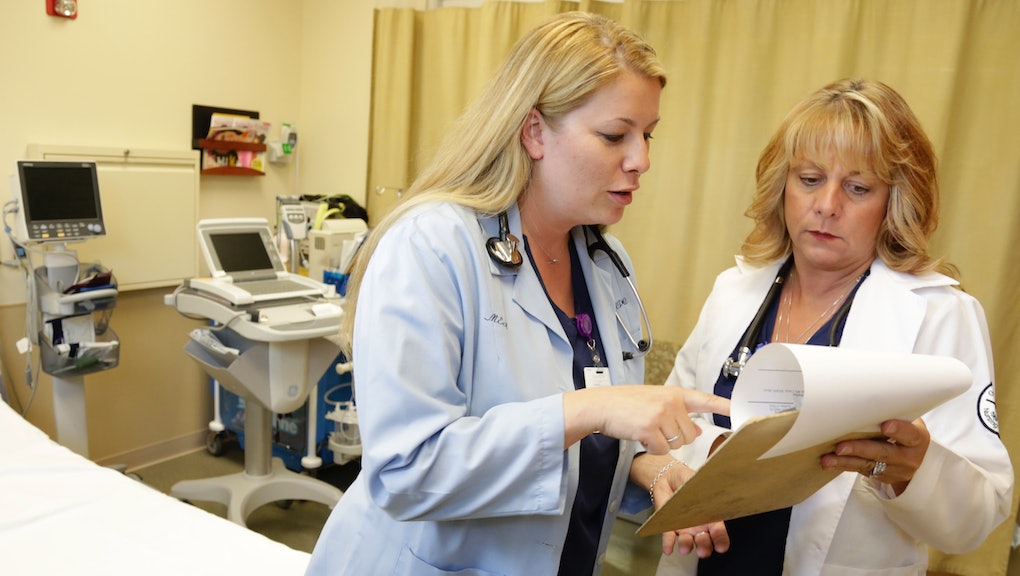 In case you were unaware, America is experiencing a full-blown health care crisis. There are so many problems affiliated with the Obamacare roll-out that the president’s head must be spinning. His signature initiative is about to crumble before his very eyes.

Nearly every Republican across the country is fighting against Obamacare. But, more of a problem for the presdint is that some of his strongest political allies are jumping ship and distancing themselves from Obamacare, and some are even calling for a deferral of its implementation.

It might be useful to take a fresh look at Obamacare and what it is attempting to accomplish. Politics, legacy, and ego issues aside, our country needs to reform its health care system. Some of its greatest problems include rising health care and insurance costs and insufficient or no health care protection for lower income Americans.

Most Americans would agree that reform should result in every citizen having health care protection. A great number of those Americans who Obamacare is suppose to benefit are currently deferring preventative care and using emergency rooms to get treatment. These actions will result in a greater dependence upon federal and state resources and poorer health in the country.

How much will universal health care cost? Obamacare, or any reform, cannot be successful if the cost is incalculable; I can safely predict that there will not be unlimited funds available for Obamacare. Fiscal responsibility is front and center in Congress, and our representatives will have a hard time getting on board with any health care plan if the costs are not transparently laid out. Conservatives will not give this president, or any other president, a blank check.

An accurate assessment of the costs of different types of reform is critical. Currently, the administration is too secretive about too many issues, including the costs of Obamacare. If the program will cost $1.5 trillion, fine. Maybe this amount is affordable in the current environment. But if the cost is estimated at $3-4 trillion, Congress will need to make serious revisions. The country is in no position to assume this sort of expense. And besides, the program will benefit only 10-15% of the U.S. population.

It appears that costs are currently out of control, what with the growing technological budget for a system that does not yet operate properly. So, one way to successfully implement health care reform would be to bite off one piece of reform at a time to ensure the costs do not balloon out of control.

The first piecemeal reform should protect the Americans most in need of health insurance. Those who qualify for free health care under Obamacare should immediately receive Medicare coverage. Taxpayers were going to pay for these individuals' health care in any case, so why not implement this part of the program right away? Signing up for Medicare is easy — you have to earn less than a certain amount, and the infrastructure is already in place.

My second suggestion is to protect those who can pay for catastrophic medical costs. It is more important to ensure that lower-middle-class individuals are covered in the case of a serious illness than to provide everyone with coverage for sore throats and the like. The whole Obamacare dialogue should emphasize protection that Americans are comfortable with, not what government feels they should have.

These policies would be very inexpensive because they would let healthy people pay only for what they need. The downside is these inexpensive catastrphic plans would not allow the administration to subsidize the cost of unhealthy applicants with higher costs for the healthy. But this is not going to happen anyways because so many Americans don’t want comprehensive coverage, and the higher costs that come with it. Also, they want to keep their current policies and doctors.

When it comes to comprehensive health care coverage, the president is just going to have to back off of his plan to enroll everybody in “better” insurance plans. On the upside, this will allow Americans to sign up for the coverage they want, and stick with their current doctors.

These are just a few suggestions that could get health care reform underway. Let’s protect the most vulnerable the old fashioned way — by having the federal government pay for their Medicaid. And let’s let lower-middle-class individuals keep their current coverage and doctors and not force dramatically more expensive coverage upon them. With these reforms, we would at least start moving in the right direction.

One final point: the administration must start being honest with all Americans. We want to know what the problems with Obamacare are and what the program's costs are estimated to be. We want to know how many people are enrolling. The president and his aides have been too damn secretive about too many issues. This arrogant perspective is destroying the president’s reputation.