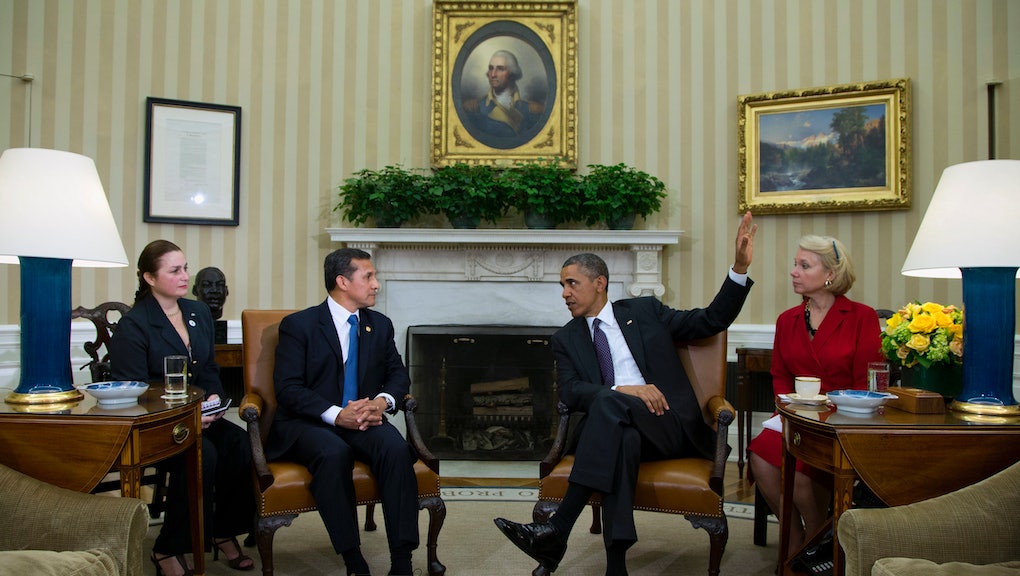 The Real Deal On the TPP

The TPP continues to make its way through new rounds of negotiations, with no public oversight. Until recently, there has been a virtual media blackout on the large trade agreement, baffling to anyone that has a loose understanding of what the agreement contains. Given the lack of media attention, it is tempting to conclude that the trade agreement is a non-story.

Do not be fooled. The TPP, much in the spirit of its trade pact forefather NAFTA, can be perceived of as a game-changer, and nothing more than a heavy corporate boondoggle.

The TPP is a pending international trade agreement among countries along the Pacific Rim including the United States, Chile, Australia, Japan, Mexico, and Singapore with enormous repercussions for all countries involved. Unfortunately, given what we know through leaks here and there, many of the core provisions outlined in the agreement are catastrophic for a majority of the citizens of countries involved.

Dean Baker, an economist, has pointed out that because of such a patent system, we spend close to $300 billion a year on prescription drugs, drugs that would cost closer to $30 billion in a competitive market system. The TPP would extend the costly and inefficient American system to other countries, countries with much cheaper drug prices, hurting much of the poor looking for treatment. But it would be very lucrative for big pharmaceutical companies.

Other provisions of the heinous trade agreement include more deregulation of the big banks, fostering an atmosphere in which big banks are free to engage in riskier forms of commerce such as the complex derivatives market (the very instruments that created the conditions of the 2008 financial crisis). The agreement would also eliminate any chance of a Robin Hood Tax, a minimal tax levied on financial transactions by big banks, a tax that could disincentivize rampant financial speculation as well as raise hundreds of billions of dollars in tax revenue.

The agreement incorporates much of the language of very unpopular and unsuccessful piracy bills such as SOPA and PIPA, bills that would criminalize run-of-the-mill Internet activity, forcing Internet service providers to play the role of Robocop, all in the name of stopping piracy.

The workforce, a group that is the most targeted (See NAFTA and American Manufacturing) in these sorts of deals, comes out aggrieved as well. The agreement would eliminate policies that stimulate the domestic economy, policies like the Buy American clause, a clause that gives preference to domestic businesses in regards to government contracts. The TPP would eliminate this, advancing the power of multi-nationals at the expense of the local economy. Agreements like the TPP also promote an atmosphere of low regulation and low wages, hurting workforces from more developed countries that have gained relatively stronger worker rights.

But perhaps the most galling aspect of the trade agreement is its provisions regarding investor rights. Under the TPP agreement, the advancement of investor rights is of highest order, and the rights of people are a mere sideshow. International tribunals are created, and these give multi-national companies a platform to challenge laws that undermine their profit margin. These tribunals are made up of three private sector lawyers, with final say on the legitimacy of laws passed by governments elected by people. According to this agreement, Congress can pass a law protecting the environment-or worker safety, Monsanto can step in, complain about the law’s effect on their bottom line, make their case through a tribunal made up of private sector arbitrators, and receive an exemption — effectively undermining the authority of the Constitution.

The TPP has received remarkably little press, in some part due to the secretive nature of the agreement’s proceedings. Trade officials of countries involved, as well as over 600 corporate advisors, are currently working out the kinks of the trade agreement, advisers representing corporate giants like Monsanto, Wal-Mart, and Halliburton.

Alas, Congress has been virtually shut out by the trade agreement’s isolated proceedings — congressional aides are routinely denied document requests.

Over a year ago, House Oversight Chairman Darrell Issa, incensed by the clandestine nature of the negotiation process, leaked a portion of the trade agreement to the public. But outside of Issa’s leak, and a few disparate noises about protecting American workers, Congress has been pretty silent on the issue, vesting the executive branch and the corporate advisers with increased negotiating power.

But that may be starting to change. The Obama administration, looking to fast track the trade agreement, is starting to run into problems.

A bipartisan opposition to the president and the TPP has recently formed in Congress, with members of various coalitions opposing both the current negotiating process, as well as some of the provisions within it. Whether or not their efforts prove to be successful remains to be seen, as well as the more important issue of what this motley crew of politicians would like to see change with respect to the trade agreement.

By and large, the TPP is bad. It harms workers, consumers, and the environment all in the name of investor rights and corporate profits. It is a lose-lose proposition.

That is, unless you are a multi-national corporation.