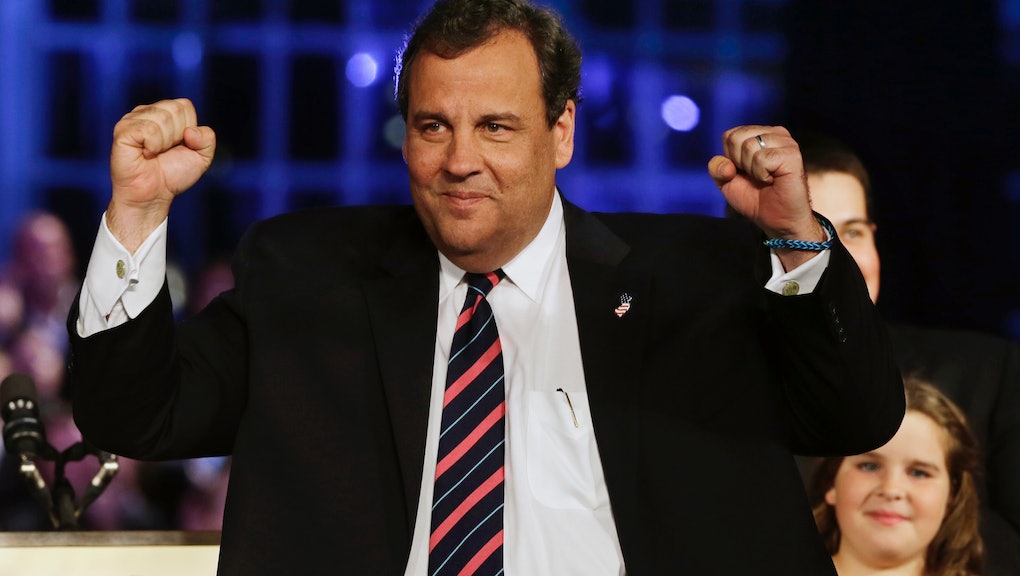 Why This New Jersey Democrat is Rooting For Chris Christie 2016

I am a New Jersey resident and a registered Democrat. Not only did I vote for Democrat Barbara Buono in my state’s gubernatorial election last week, but I also did some volunteer work for Democratic campaigns in central New Jersey, both this year and last year. Even though Chris Christie has been elected and reelected governor, I do not regret my decision to vote against him in both 2009 and 2013.

All that being said, I hope Christie seeks the Republican presidential nomination in 2016. I highly doubt I would vote for him in a general election, unless my fellow Democrats picked a candidate too far to the left for me to support. But if he chose to run, regardless of whether he was eventually nominated, it would benefit not just the Republican Party, but America as a whole.

Consider the confrontations Christie has already had with fellow Republicans. At a forum at the Aspen Institute last July, he attacked the growing trends of libertarianism and isolationism in his party on counterterrorism and immigration. Before that, when Hurricane Sandy ravaged New Jersey in October 2012, the Garden State governor blasted House Speaker John Boehner for delaying a vote on billions of dollars in relief for the storm’s victims. Coming soon after Christie had praised President Obama for his efforts to help New Jersey recover from the storm, remarks like these cannot have endeared the governor to very many on the political right.

Christie should run to save the Republican Party from the Tea Party movement. Having forced the federal government to temporarily shut down and having brought the country to the brink of defaulting on its national debt in a vain attempt to repeal a law they didn’t like, the Tea Party movement is finally starting to lose its grip on American conservatives. But that is not happening quickly enough, and Christie might be just the person needed to accelerate the process.

A good comparison is Dwight D. Eisenhower’s decision to run for president as a Republican in 1952. At the time, the most visible figures in the party included aggressive right-wingers like Joe McCarthy, who seemed to think everyone to his left was a communist or a fellow traveler, as well as myopic isolationists like Robert Taft, who voted against the creation of NATO. As an internationalist who rightly saw the Cold War as the defining political issue of the day, Eisenhower feared that a Taft presidency might embolden the Soviet Union. By running and winning the general election in a landslide (twice), Eisenhower curtailed the influence of the old-school right within the Republican Party, and helped ensure that America would not abandon its commitment to the Cold War.

It’s not hard to see a Christie candidacy having a similar effect; he could easily pull his party closer to the political center. To be clear, I disagree with most of Christie’s actions as governor. Moves like his veto of a minimum wage increase, and his nixing of plans for a much-needed rail tunnel under the Hudson River without providing a viable alternative, made it pretty much impossible for me to support his reelection. But the mere sight of a center-right Northeasterner faring well in the Republican presidential primary might begin waking up Republicans to something many of them don’t seem to realize (or don’t want to realize, because acknowledging it would leave them vulnerable to primary challenges): their party’s drift to the far right is doing Republicans more harm than good. That realization would be good for America, which, in the end, is what matters most.