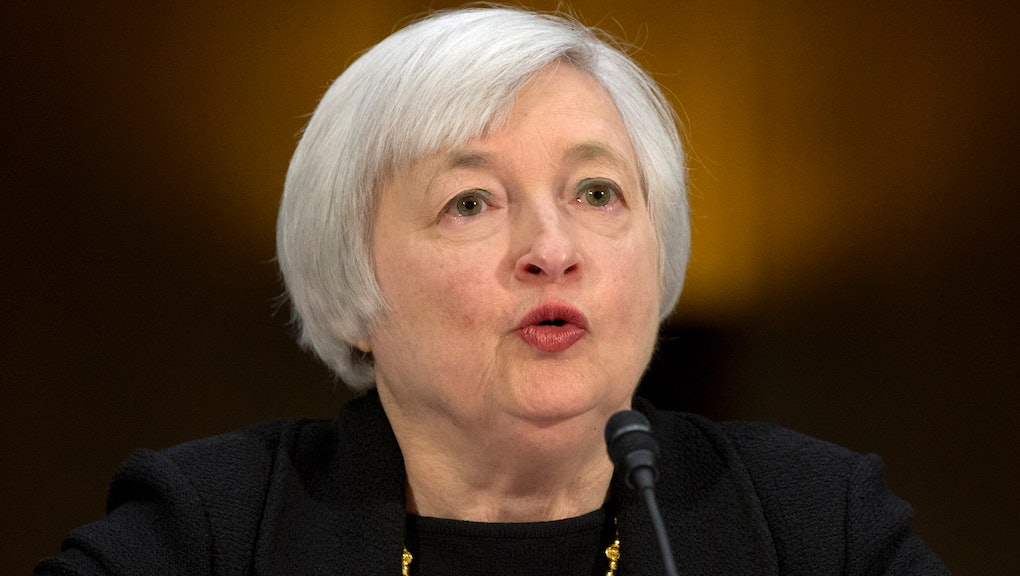 Federal Reserve Chair nominee Janet Yellen is set to appear before the Senate Banking Committee for her confirmation hearing Thursday morning. Her prepared remarks, published Wednesday, are humble. They address the moderate aims she has for her tenure. They also read as if the financial crisis is over. The problem is we haven't changed the system that took us down in the first place.

According to Yellen's remarks, the Fed is set to hold inflation at 2% for some time, hopes to lower unemployment from 7.3%, and wants to help housing markets turn a corner. These are all good, achievable things. She mentions "capital and liquidity rules … for addressing the problem of financial institutions that are regarded as 'too big to fail.'" This is also good. But the problem with her willingness to move on denies the existence of systemic issues with a boom-bust cycle.

The Dodd-Frank Financial Reform Bill of 2010 passed to bar the use of FDIC-insured funds (funds insured by taxpayers) from being used to trade certain high risk derivatives. These derivatives took many of the big banks under, and now are back.

H.R. 922, a bill that the New York Times reports had 70 out of 85 lines written by Citigroup, sailed through the House recently. The bill re-enables the use of FDIC-insured funds for the trading of "swaps" (a particularly high risk form of derivative). As I'm sure it must seem to Citigroup, the bill is named — ironically — "the Swaps Regulatory Improvement Act."

People seems to know that something is amiss when the markets are at historic highs. Yet for many, nothing has changed. The Global Language Monitor, which tracks the use of language in social media and in over 200,000 periodicals worldwide, noted that "all time high," the 9th-ranked phrase, was mostly used as a warning of future collapse, not a phrase of celebration.

Even at their most profitable, big banks aren't a vibrant market. They don't provide many jobs, they don't preserve the wealth of everyday Americans, and it's a public concern when they fail. Under current rules, the risk is public and the reward private.

I don't like the Fed. The fact that a single private entity controls the U.S. money supply and lending rates (for most of the world) is insane. But as the Fed is one of the few forces large enough to deal with the banks, I expected something more. I guess the Fed's stockholders like the status quo.