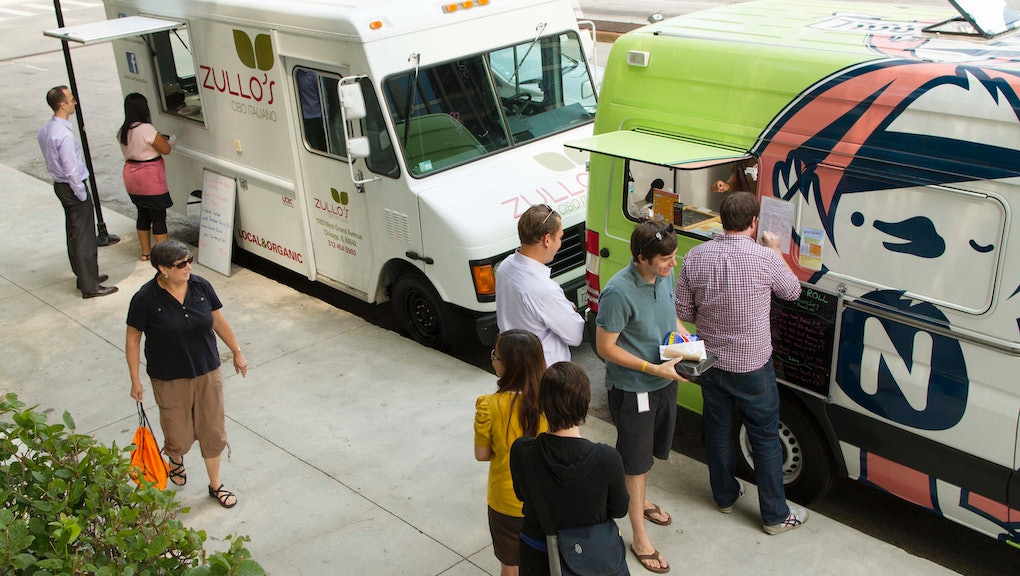 Do you remember being a kid and having a lemonade stand, or a bake sale? These are classic businesses that many Americans created growing up, but regulatory bureaucracies have made it increasingly difficult for young food entrepreneurs to create a businesses. Whether it's licensing requirements, permit regulations, or zoning restrictions, the unintended consequences health and zoning policies have made it hard out there for a kid.

Back in the day, you could tear up a cardboard box, grab some lemons, sugar and water, and start a business. But in the past few years, opening a lemonade stand has become a problem with law enforcement. There are numerous incidents across the country, but let's take a look at the stories of Casity Dixon and Lydia Mann.

Dixon set up a lemonade stand with two friends to save money for a trip. The cops came to the site of the stand, and informed the trio of children they needed to shut down their stand because they didn’t have a vendor's license.

In Mann's case, a city ordinance ended her lemonade stand and her neighbor's bake sale. The ordinance stated that vendors could not sell products within a two block radius, and where the Manns house sits. The Manns had stocked their refrigerators with 20 jars of lemonade for the event, but after the government stepped in, the family decided to give them away for free.

One could argue that we are teaching these kids an essential truth: The government creates regulations and enforces them in ways not intended with unintended and stupid consequences.

2. Get the Truck Off the Street!

New York has its standard street food: The coffee and donut carts, chicken and rice stands, and Nuts 4 Nuts. In the past couple of years, food trucks have become more abundant, specializing in treats such as lobster rolls, waffles, and Korean tacos. But according to City Councilman Dan Garodnick, it is nearly impossible to operate one without violating some law. Adding to the confusion is inconsistent enforcement. Thomas DeGeest, the founder of the well-known Wafles & Dinges said, "One month, we get no tickets … The next month, we get tickets every day." The problems facing the food truck industry in New York are the result of a bureaucratic mess of regulations across multiple departments. Over time, this has created an unworkable web of regulations that benefit restaurants at the expense of small businesses.

The regulatory climate for New York City food entrepreneurs not operating trucks isn’t much better. Look no further than Emily Hanhan of Brooklyn, who runs nomnivorous.com and is trying to start her own food business. The business is a homemade marshmallow company with a diverse collection of flavors inspired by cocktails, coffee houses, seasonal fruits, and exotic spices.

The biggest hindrance was the fact that all food sold in retail or restaurant spaces must be produced in a commercial kitchen. These kitchens have prohibitively high insurance and rental fees for start-ups. This has put Hanhan in a no-win situation. She needs a rental space to create more business, but needs more business to afford a rental space. When a public sector places barriers to entry on a market, it creates nontraditional methods of delivery. Her advice to young entrepreneurs — from an interview with PolicyMic — has shown the consequences of such restraints:

"Even if your food business is just a dream at the moment, I recommend getting involved on Twitter and Facebook, and going out to the local markets and events. Consider it research, consider it networking, and consider it inspiration. These folks are approachable, and full of the kind of knowledge you want to learn."

In the age of the internet, young entrepreneurs will find ways around these barriers to enter the food industry in creative ways like Hanhan did. People do a better job deciding what food is right for them than the government does. The FDA created a food pyramid in 1992 that suggested 6-11 servings of breads, grains, rice and cereal. Correlation isn’t always causation, but this graph shows that that was the same year that marked a massive upward trend in cases of diabetes in America.

Good thing we have Obamacare to pay for that.