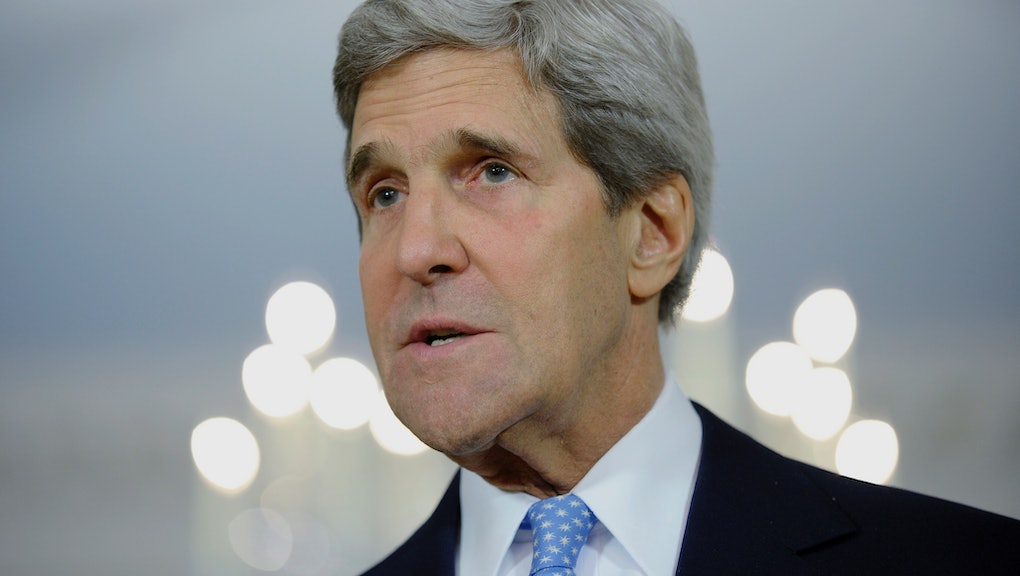 Talks have resumed this week between world leaders and Iran since intensive negotiations in Geneva, Switzerland stalled last weekend without an Iranian nuclear energy deal. The talks were the first direct U.S.-Iran discussions in 36 years. They fell apart on Sunday, with France pointing fingers at Iran, and Iran pointing fingers at everybody else. Meanwhile, U.S. Secretary of State John Kerry approached Congress on Wednesday asking for more time to pursue direct talks.

So what would a potential deal look like? Iran has been maintaining its right to use nuclear energy for non-military purposes, and it doesn't seem willing to give that up soon. One of the issues up for negotiation is a program through which inspectors will regularly visit Iran to ensure all enrichment is occurring for domestic purposes.

The International Atomic Energy Agenct (IAEA) has extensive experience inspecting declared nuclear facilities and materials to ensure they are being used for peaceful purposes only. Concerns focus mainly on the possibility of "break-out" and undeclared facilities. According to Professor Henry Farrell, "break-out" refers to the possibility that Iran could withdraw from the non-proliferation treaty, expel IAEA inspectors, and attempt to use declared facilities to produce material for nuclear weapons. An agreement would therefore limit Iran's capabilities so that it would take six to 12 months to produce one or two bomb's worth of material, giving the international community enough time to respond.

Secretary of State John Kerry has asked Congress to hold off on approving new sanctions on Iran while talks restart. "Our hope is that no new sanctions would be put in place for the simple reason that, if they are, it could be viewed as bad faith by the people we are negotiating with," Kerry said before entering a closed-door briefing with members of the Senate Banking, Housing, and Urban Affairs Committee.

Some Republicans, such as Sen. Lindsey Graham (R-S.C.), revealed that they would not heed Kerry. Instead, Graham plans to propose a measure that would mandate more sanctions aimed at dismantling Iran's nuclear program altogether.

White House Spokesman John Carney repeated Kerry's hope that Congress play nice while negotiations with Iran continue. "If not at least testing the hypothesis that Iran is serious about resolving this diplomatically, then what option do we have left?" Carney asked rhetorically. "And those who take that position [more sanctions] ought to be clear that they, in essence, are suggesting that war is the only alternative."