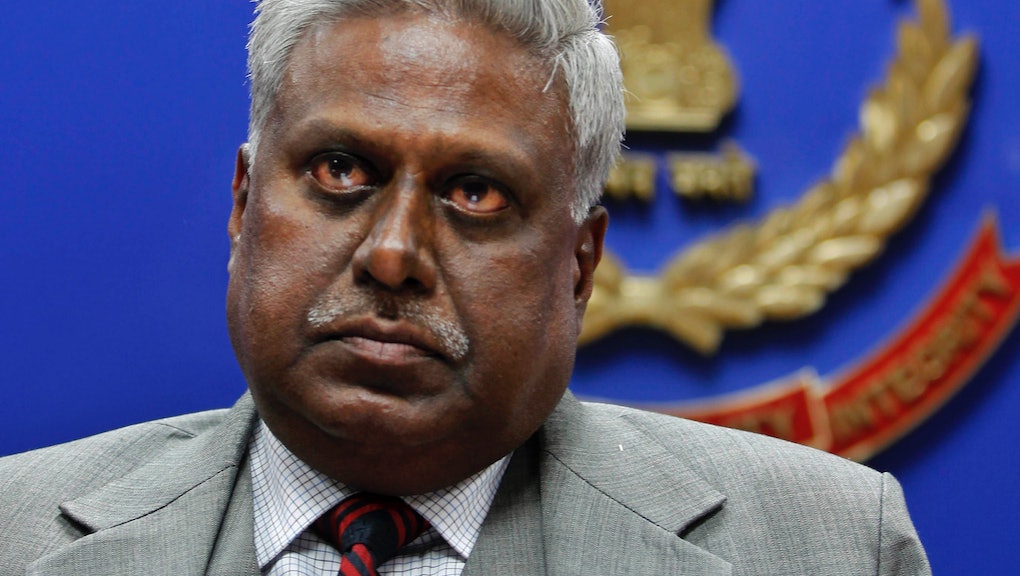 Ranjit Sinha, head of India's Central Bureau of Investigation, was awarded a dubious honor last week when he joined the ranks of prominent public figures who have made callous, ignorant comments about rape.

Sinha's tasteless remarks were made in the context of a discussion about illegal betting in sports. Reasoning that betting should in fact be legalized, he stated, "If you cannot enforce the ban on betting, it is like saying 'if you can't prevent rape, you enjoy it." Sinha has since apologized, but Indian women's organizations, as well as political parties, are calling for his resignation.

Sinha's comments are deeply troubling. The notion that one can simply decide to "enjoy" rape obviously trivializes the nature of sexual violence and speaks to a pernicious belief that deep down, women deserve or invite these attacks.

However, Sinha's careless comparison of rape to gambling is made even more disturbing given his position as a law enforcement representative. It confirms what many already fear — that men in positions of power simply don't care about the well-being or safety of rape survivors. A 2010 report by Human Rights Watch highlighted some of the violating and unnecessary procedures rape survivors endured at the hands of law enforcement and medical professionals in India. This piece by Nita Bhalla points out that evidence in rape cases is often poorly handled by the police, leading to low conviction rates and little hope of justice for survivors.

Sinha's comments disturb me as a young woman and feminist, but I think it's critical to realize that his remarks are not necessarily symptomatic of a uniquely Indian problem. If my first reaction to reading Sinha's statement was disgust, the second was dread. I braced myself for what I feared would be the usual essentializing stereotypes about non-western societies devaluing women.

Here we go again, I thought. Time for more Facebook posts and Tweets decrying a foreign public figure with no critique of our own problematic attitudes about rape.

Nearly a year ago, the violent gang-rape of a women in New Delhi led to international outrage. No doubt, the memories of the ensuing protests in India make Sinha's comments appear even more insensitive. However, as an anthropologist working on South Asia, I am naturally wary of any analysis that paints such sexist attitudes as particular to any one group or culture. The huge demonstrations following Jyoti Singh Pandey's assault and subsequent death are a testament to the fact that wherever injustice occurs, local resistance will spring up. Looking over photos of the protests, it is heartening to see how many of the people on the streets appear to be young men.

As Samhita Mukhopadhyay at Feministing reminded us earlier this year, Delhi is different from Steubenville. While she is absolutely right in warning readers not to draw too many parallels between the two cases, some similarities are worth pointing out. The women in both cases were tragically young; what happened to them also galvanized thousands of fellow young people to action, a reaction that would have been unimaginable a generation ago.

While Sinha's comments fill me with unease, I can rest a little easier knowing that today it's unlikely he will be let off the hook.