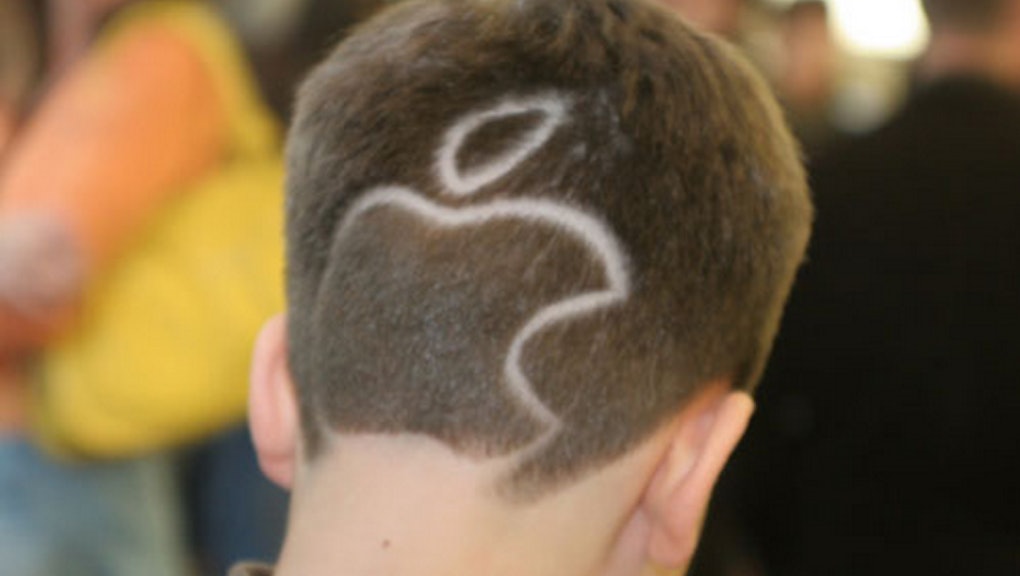 God is dead. Trust me. Google it.

Well, not really. But what is clear is that the majority of the nation, and millennials specifically, are dropping their religious affiliations in record numbers and lifestyle brands are filling the void.

In the 1950s, religion enjoyed a large uptick in the U.S. thanks to people like Billy Graham who revived Protestantism and helped strengthen the country’s narrative against "Godless Communism."

But in the 1960s, an exodus from the pews began that continues today. Sex, drugs, rock and roll, not to mention gay rights, civil liberties, Vietnam, and a host of other issues began challenging the religious establishment — and establishment in general — as to what is moral, just, and progressive.

The millennial generation, and many of our parents as well, have begun disaffiliating with any specific denomination in record numbers. In fact, of polled adults 30 and younger, one third do not affiliate with any specific religion — the highest the Pew Center has ever recorded.

Jews, Catholics, and Protestants — all are facing a number of problems that people have a myriad of explanations for. But one in particular resonates: television, marketing, and psychologically manipulative branding that have created tasty alternatives to the plausibility structures (why we’re here, what we’re meant to do, and who tends the light at the end of the tunnel) that religion has always provided.

Robert Putnam, a political scientist at Harvard, published a book in 2001 titled, Bowling Alone. Putnam makes the claim that we are no longer the nation of "joiners" we once were. Two of his reasons are striking: First, the entrance of women into the workforce, which made it more difficult for them to run the benevolent associations and Sunday schools that they were in large part responsible for keeping alive throughout the years; and second, television.

Television provides distraction. When you’re home watching it, you’re not with other people, and you’re certainly not participating in organized groups as much. Instead, you’re being inundated with commercials and branding that is meant to entice you to purchase things. The things you purchase say something about you, and when you purchase things that are branded in a genius fashion, those things become you.

Take Apple. Apple is not a brand; it is a lifestyle, and the people who buy Apple products become a part of that lifestyle. Apple represents innovation, prosperity, fluidity, harmony, strength, beauty, and invincibility — all things we either imagine ourselves to be, or things we wish to have in our lives. And when we need to know anything about the world that Apple has not already provided the structure for, we can consult the tangible goods Apple creates, all of which have the iconic "i" before their name, for that too. It is a one-stop shop and a perfect example of modern day, boardroom-manufactured identity.

Apple is not alone: A plethora of brands help you decide what to wear, where to live, what to eat, who to date, how to talk, and so much more. Religion still provides these things, but it has always been slow to the draw, often exclusive rather than inclusive, at times overly dogmatic, and is paying for it dearly.

Smart brands like Apple have taken a shockingly genius strategy right out of the traditional religious playbook to win hearts and minds (iCloud, anyone?) But they don’t have to contend with all those awkward issues of gay rights, abortion, civil liberties, pre-marital sex, or war and peace that has helped lead to the disaffiliation of so many people over the last few decades.

Why would anyone be a part of something that causes guilt, self-consciousness, or feelings of perpetual and inescapable judgment?

This is where lifestyle branding takes the reins and provides the guilt-free identity and solutions we all crave. Feeling disconnected? iPhone provides a link to friends, family, and anything else you could want. Worried about the future? Prudential can help you, "own a piece of the rock." Suicidal? Pfizer has a pill for that.

We can see the trends, but are they good, bad, or otherwise?

Is it better to have no omnipotent God that will judge you when you die, potentially banishing you to a painful inferno for the rest of time — especially if you’re gay, had an abortion, ate pork, or drank a beer? Or many plastic ones that provide irresistible levels of sensory overload that create your personality for you with little choice in the matter?