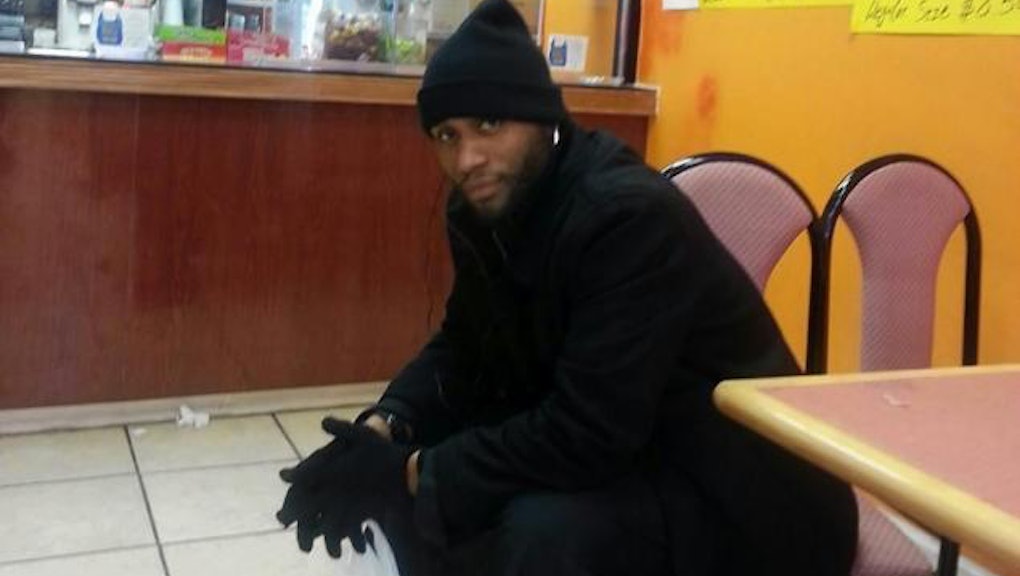 Lantz Day, 36, was a passenger in a car that swerved into five parked cars in downtown Fredericksburg, Virginia on Saturday night. The driver of the accident fled the scene, but Day stayed behind and threatened witnesses not to call 911. Several did anyhow.

A bystander's cell phone videotaped the events of the scene, including Day being tasered for 42 seconds after refusing to comply with responding officer Joe Young's order to get on the ground.

The video shows that Day attempted to flee the scene. Young fired his taser and applied the high voltage charge for 42 seconds. Day, now on the ground, screamed out, "Stop it. Stop," and another bystander assisted the officer with handcuffing Day. He was arrested, charged with obstructing justice, and spent two nights in the regional jail before being released on bond.

Day told Fox News in an interview that he has no recollection about who was driving the car, the accident, or the events of Saturday night. He did, however, claim that excessive force was used after reviewing the video.

An internal investigation about the incident has been launched.

"A single trigger-pull (and release) of a taser is a five-second charge," said Natatia Bledose, a Fredericksburg Police spokeswoman. "Now, a sustained charge, which is what appears to occur in the video, is not prohibited, but we are looking into whether or not the circumstances that happened Saturday night indicated that that was appropriate."

Young, a 10-year veteran of the Fredericksburg police department, has no past history with excessive force, and has been assigned to administrative duties.