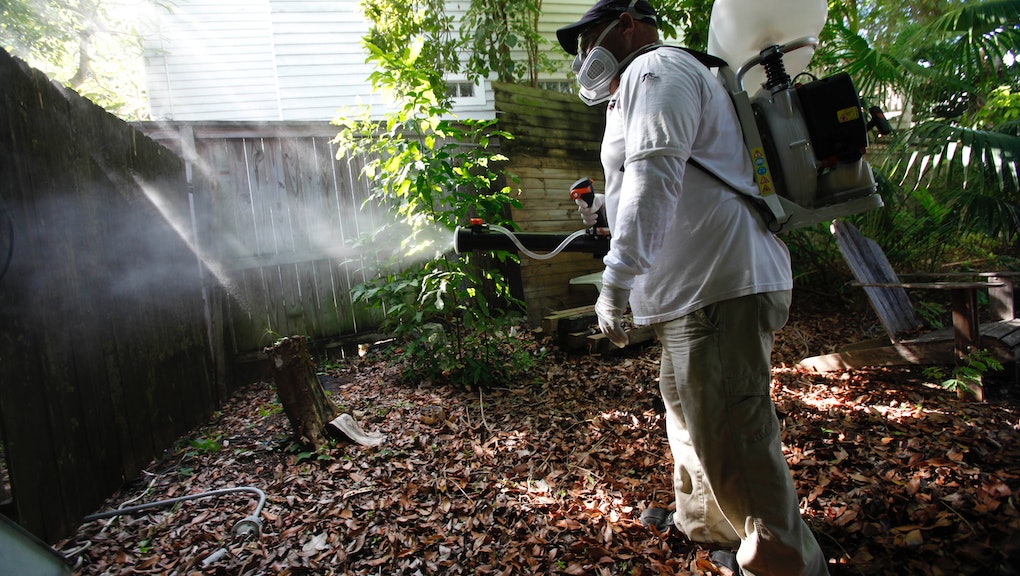 A new study by the National Institute of Environmental Health Sciences found that the presence of two organochlorine pesticides (OCPs) in women’s blood — mirex and beta-Hexachlorocyclohexane (beta-HCH) — may be associated with an increased risk of endometriosis. Endometriosis affects up to 10% of reproductive-aged women and often leads to severe pain and infertility. Doctors have long struggled to determine what causes endometriosis and this study sheds light on the link between this serious gynecological condition and environmental exposure to OCPs that exhibit hormonal properties in the body.

The two pesticides that the researchers from Washington State linked to endometriosis were both banned for use in the United States by the Environmental Protection Agency (EPA). Mirex, a bioaccumulative insecticide that lingers in human tissue and does not break down easily in our environment, was banned in 1978.  Women with high blood serum concentrations of mirex were linked to a 50 percent increased risk of developing endometriosis.  Despite being banned, mirex continued to be exported from the United States under a federal law that states, "pesticides that are not approved — or registered — for use in the U.S. may be manufactured in the U.S. and exported."

The second pesticide, beta-HCH (β-HCH) is the most bioacummulative of the forms of HCH, a commercial insecticide banned for use in the U.S. in the 1970s because of its toxic effects. Beta-HCH is a component of gamma-HCH (γ-HCH), also known as lindane, which was banned for agricultural use in 2006 but continued to be exported from the United States. Even today lindane’s use is still permitted in pharmaceutical products — most commonly applied directly to childrens’ scalp and body in shampoos and lotions to treat lice — and the only state to ban products containing lindane was California in 2001. In the endometriosis study, women who had high concentrations to β -HCH in their blood had a 30 to 70% increased risk of developing the condition.

How could pesticides that are no longer used in the United States still cause such severe health problems in women? There are two methods of exposure to these environmentally persistent organochlorine pesticides — past widespread use in the U.S. and current use in other countries. OCPs were made to last, so it is not surprising that these banned chemicals are found in the environment for decades after use. These types of pesticides also travel across the globe on air and water currents, which is why a pesticide used in Minnesota ended up tainting the breastmilk of Inuit women in the Arctic, and why a pesticide sprayed on roses in Ecuador contaminated the blood of children in Iowa. National borders mean nothing to pesticides, so banning a pesticide for use in the United States but still allowing a company to export that same pesticide is not only immoral, but it also doesn’t actually solve any problems (and, as this study shows, may be making problems worse.)