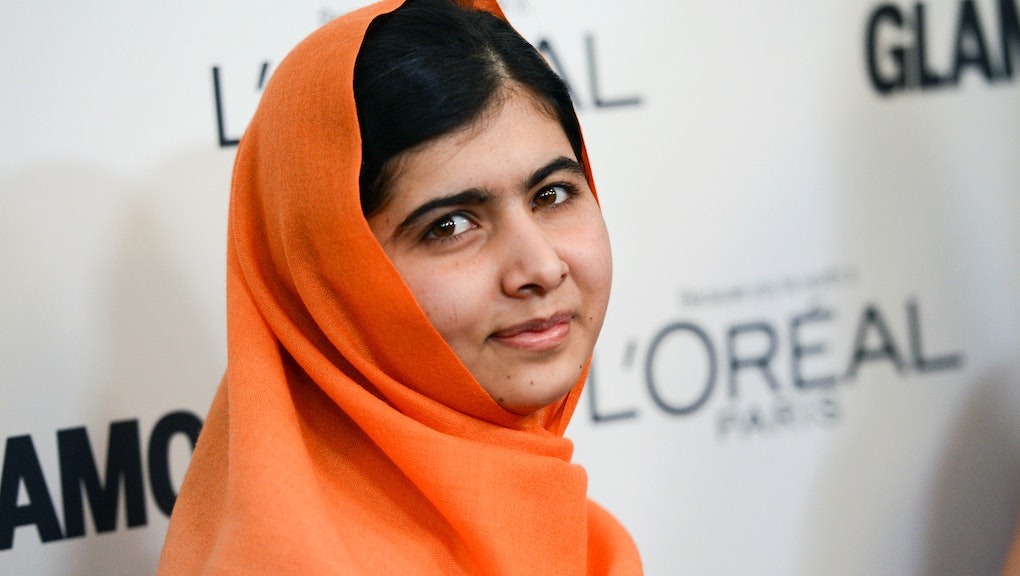 Earlier this month, two associations representing private schools in Pakistan announced that they would be banning Malala Yousafzai's book, I Am Malala, in their affiliated institutions. Representatives of the All Pakistan Private Schools Management Association and the All Pakistan Private Schools Federation have challenged the credentials of the newly released book, suggesting that it was controversial and offensive to Muslim sentiments. While it is true that many in Pakistan would see the at the contents of her book, the decision to ban I Am Malala is most likely out of fear or reprisal.

Malala's roller coaster ascent to fame after being shot by the Taliban had landed her on the front pages of numerous newspapers, subsequently making her an international icon for education reform. Yet, in her native Pakistan, she many dismiss her for being the poster of child of the Western agenda. Her book has now caused a storm in the Pakistani media, where pundits have accused her of hurting the sensibilities of Muslims.

Topics highlighted in Malala's memoir, such as Salman Rushdie's alleged blasphemy, or a critique of Pakistan's Islamic laws, are almost always tackled lightly or left unscathed. In the past, several protests have occurred in Pakistan any time an event is seen to have insulted Islam or the values of Muslims.

One of the major controversies brewing in the wake of Malala's memoir is the Rushdie affair. Conservative analysts such as Ansar Abbasi have criticized her for justifying Rusdie's satanic verses in the name of free speech, a book he and many others claim is an outright insult to Muslims.

In 1989, when Ayatollah Khomeini issued a fatwa decrying Rushdie's controversial portrayal of the Prophet Muhammad in his book, the Muslim world was in a frenzy. Violent riots took place all over Muslim majority countries including Pakistan.

In 2007, when Rushdie was knighted for his contribution to literature, a fresh wave of outrage erupted in the Islamic world. The lower of house of the Pakistani parliament went as far as to pass a unanimous resolution condemning the knighthood. The religious affairs minister at the time, Ijaz Ul-Haq, openly suggested that any suicide attack on Rushdie would be justified considering his offensive behavior towards Islamic figures.

Another point of supposed controversy in Malala's book is her description about the minority Ahmadiyya group and their woes in mainstream Pakistani society. As she points out, the Ahmadiyya community in the country is undoubtedly the most persecuted religious minority. In Pakistan's early days, a sustained campaign of dehumanization and violence led the government of Zulfikar Ali Bhutto to eventually declare them as non-Muslims in the 1970s.

Under the military dictatorship of General Zia Ul Haq in the 1980s, the Ahmadi community was further ostracized when it was made a crime for them to "pose" as Muslims or call their places of worship a mosque. Their ongoing troubles in the country have forced many prominent scholars of the faith to find residences abroad.

The violence instigated by those appearing to defend the Islamic faith from insult was recently evident with the release of an obscure movie made in the U.S. titled Innocence of Muslims. Violent protests erupted on the streets of many Pakistani cities, where shops were burned and looted. At least 22 people were killed and about 200 injured in clashes with police. In an absurd move, a federal minister of the previous government has placed a bounty of $100,000 for killing the film's producer, who is now in hiding.

The decision of the private schools to ban the book is an unfortunate decision. Zohra Yusuf of the Human Rights Commission of Pakistan (HRCP) correctly points out that, "We should be opening up young minds, not shutting them. Malala's story should be a great inspiration for students." Also, some have rightly argued that the ban of books should be a federal decision rather than that of independent organizations.

Censorship is almost never a good idea. However, considering the dire security situation and the rise of religious violence in Pakistan, the decision to ban the book is understandable, if not correct. The ban is a direct reflection of the failure of the government to protect the lives of its citizens and tackle extremism more effectively.

And as long as the Pakistani establishment refuses to own up to its responsibilities, censorship amongst other detrimental actions will be routine.