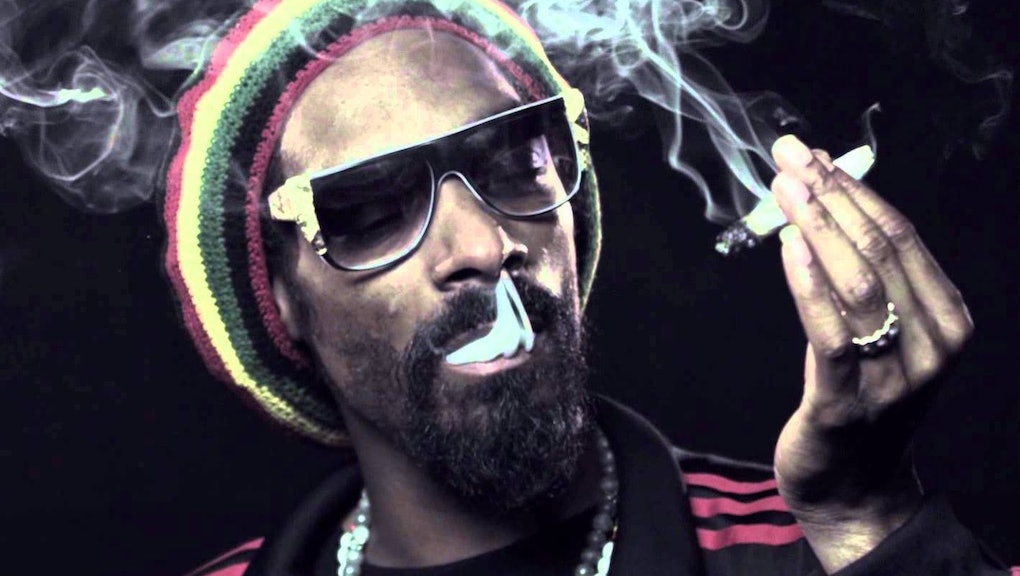 Snoop shines as informant Huggy Bear in the Ben Stiller/Vince Vaughn remake of the old classic.

Reese Feldman (Vaughn): "You know a lot about golf."

Huggy Bear: "I know even more about grass."

Remember the one season of ESPN original programming about the messy lives of professional football players that the NFL lobbied to have cancelled?

Snoop appeared in two episodes as the brother of main character D.H., played by Omar Gooding.

"Yeah, I got shot- D.H. is the one doing all the shit, and he ain't got shot yet! I think I took his bullet. That's what it boils down to."

"I'm about to go see my lady. She's a breeder rat at Petco."

Snoop also did a rap version of the Monk theme song, "It's a Jungle Out There."

Who better to perform at Mitchapalooza and make a disturbed when he sees Will Ferrel begin to streak?

The most serious film Snoop Dogg has appeared in. He plays Blue, a dealer in a wheel chair, who gets pressured by rogue cop Denzel Washington.

Snoop is the archetypal "scavenger smoker" in the Dave Chapelle/Jim Breuer flick.

Something tells me no one would ever complain about having to share chronic with Snoop. That being said, he hasn't had to rely on the kindness of strangers for a long time.

Snoop plays a hip hop star named Slim Daddy in two episodes of the first season of the groundbreaking series.

His role as pimp Alabaster Jones must not have been a difficult one.

Alabaster Jones: "What you want for the jasper brunette?"

Alabaster Jones: "Man, that's the biggest mistake a pimp could make; marryin' one of his hos."