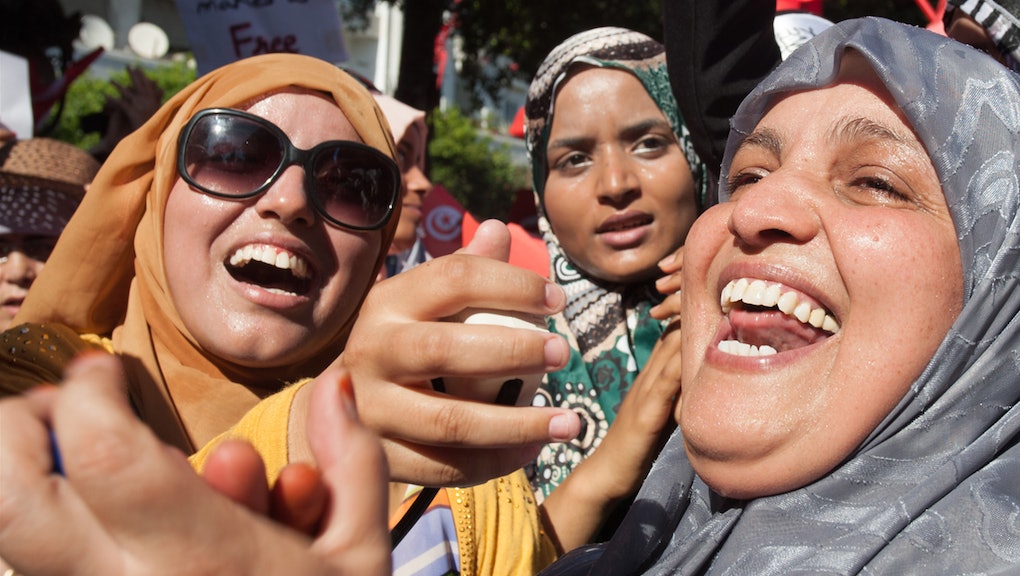 Well, guess what, everyone?

It looks like women are, as always, being oppressed and stripped of their rights in the supposed black hole of women's rights known as the Middle East. Arab women of the world, it's time to give up and sit down. Regardless of the progress we make working to better our condition, we'll never please the so-called "experts."

Thomson Reuters Foundation recently conducted a survey which showed that Arab women have not seen greater freedom or expanded rights since the Arab Spring, according to experts in the countries. While the results seem bleak, gaping cracks in the methodology of the study and its results have provoked disbelief, skepticism, and cries of foul play from women in the nations studied.

The foundation's annual women's rights poll gives, in the words of Reuters.com, a "comprehensive snapshot of the state of women's rights in the Arab world … [through its survey of] 335 gender experts in August and September in 21 Arab League states and Syria."

The results found that Egypt is the worst country to be a woman in the Arab world today, followed closely by Iraq and Saudi Arabia. Questions about the state of women's rights in each country were based on the provisions of the U.N. Convention to Eliminate All Forms of Discrimination Against Women, which 19 Arab states signed or ratified.

Yet Tunisian women found and pointed out inaccuracies in the Thomson Reuters report, claims which were dismissed by officials from the foundation. Specifically, the survey erroneously stated that "polygamy remains widespread and contraception is illegal" in the country of Tunisia. On the contrary, Tunisia was the first country in the Middle East to ban polygamy, and contraception and abortion have been authorized since 1973.

But the worse failing of the study lies with the 336 experts asked for their opinion on the 22 countries. A copy of the email sent by the Reuters Foundation asking people to take their survey stated their selection criteria ("professionals with knowledge on the issue – journalists, activists, academics, etc."), and for those 'experts' to then forward the email to colleagues. By any survey standard, that is shoddy at the very best.

Let's take a moment and break this all down.

Amidst all the cries of "The Middle East is still oppressing its women! It's time to actually make progress! What backward nations!," I say, "Calm down."

Why are women's rights in Arab nations the only ones being examined? The UN convention that inspired the annual Reuters report covers far more nations than just the 22 Arab states. Why do we look to Arab nations to see inequality, when we have inadequate women's rights policies here in the United States? Is it really appropriate for our focus to be turned to the "other world," seeking contentment and comfort by playing into the saving-brown-women-from-brown-men trope?

As a visibly Muslim and Arab-American feminist, I am told time and again when speaking out in the American diaspora that I should be happy with the rights given to me in this country, that if I were to speak out in my homeland, I would be subjected to stoning and any manner of violence. But the United States is not the ultimate beacon of women's rights. Had Thomson Reuters included a wide range of nations in its survey, including those that we call developed, perhaps we would have reached a different conclusion: that there is much to be done across the world for women, and that we are all responsible.

Instead, in continuing to treat Arab women as the "other," Thomson Reuters does the conversation over women's rights no credit, and discredits its own work.