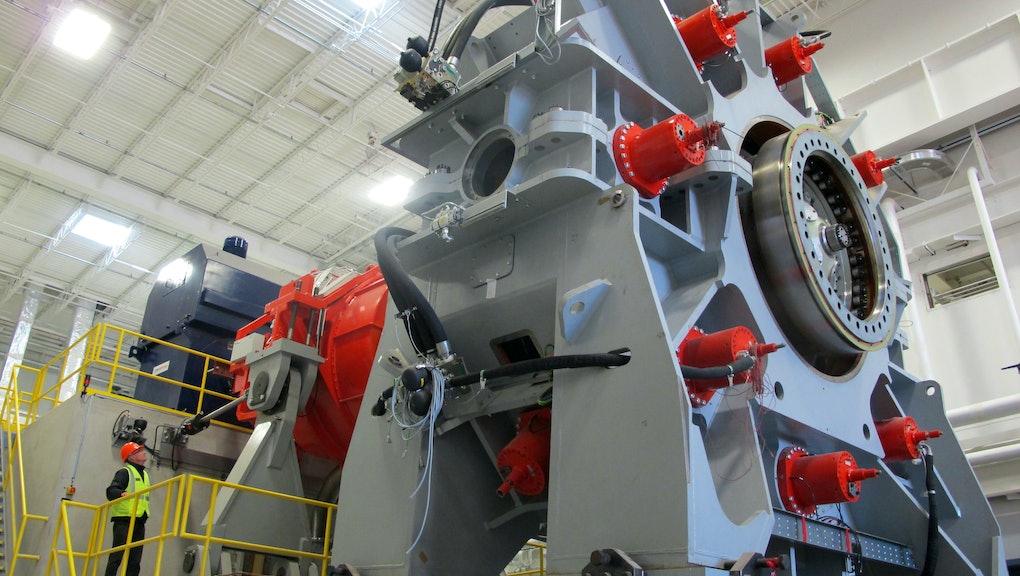 Why is It That "Everything's Amazing But Nobody's Happy?"

I spend a lot of time trying to make people understand just how incredible the future of technology will be. When I describe my predictions for robotics, augmented and virtual reality, 3D printing, synthetic biology, and artificial intelligence, most are skeptical. Although a certain degree of skepticism is always a valuable response, I believe that those who doubt the speed and scale of technology’s trajectory haven’t sufficiently considered how people mere decades ago would react to the world we live in right now. We’re all taught that history repeats itself when it comes to the rise and fall of empires, but the advance of human technology has a clear direction. That direction isn’t just linear; it’s exponential, because we use the latest, best thing to build the next big thing. It is always moving forward, and just as the 20th century took us from telegrams to the Internet, the 21st will take us from here to places we can hardly imagine.

Arthur C. Clarke, one of the greatest sci-fi authors, once said, "Any sufficiently advanced technology is indistinguishable from magic." I'd like to take a moment to appreciate technologies that are very real in 2013, but that our ancestors would have perceived as magical.

Sitting in chariots of fire (oil, if you prefer) that wheel us across countries or fly us across oceans may seem completely banal, but our cars can drive themselves now.

We talk casually to the computers in our pockets and bigger ones beat us handily at Jeopardy.

We can print three-dimensional objects to-spec and on-demand, everything from functional rocket parts to edible meat to organs.

Phone calls? Psh. Skype? Old news. With a new device on Kickstarter called Bubl, we’re now able to transmit live video of an entire 360-degree space. In a way, this is non-physical teleportation.

We can move things with our minds, whether it’s computer images or physical objects like robotic arms. This is the literal definition of telekinesis.

The sharpest, most scientific minds of centuries past, Archimedes or Copernicus, Galileo or Newton, would consider the above technologies divine. Hell, even much more recent giants (Edison, Einstein, Feynman) would believe the man-made, materialistic possibility of such things if they saw them, but you better believe they would stand in awe. So, the obvious question is: why is this classic bit by Louis CK on people complaining about cell phones and airplanes so funny? Why is it that "everything’s amazing, but nobody’s happy?"

Despite all our gadgets, depression is on the rise, and all too often, we feel alone together. With chaos in our governments and economies, we’ve lost much of our optimism about the future.  What’s wrong with us? Why are we so often apathetic and bored? I believe a fundamental challenge moving forward will be answering this question, creating new technologies while preserving the core of human meaning. For now, some quick tips.

Stop complaining: having the newest, best technology available and the flawless functioning of that technology is not an inalienable human right. As Louie says in that bit, "give it a second!  It’s going to space!" Stay in charge: own your technology, not the other way around. Unplug every once in a while. Look people in the eye. Be alone, silent, and happy about it. Dream big and dream beautiful. We put a rover on Mars? Sweet, now we’re going to send some people. A paralyzed woman controlled a robot arm with her mind? Cool, now we’re building a brain-powered exoskeleton that will "make wheelchairs obsolete." We have a supercomputer that can understand natural human language? Awesome, now we’re opening it up in the cloud to app developers so that Siri’s successors will be smarter than ever. This is just what we’re working on today, so when you imagine a time as distant as 2050, imagine incredible, magical things.

Time to "click" the "trackpad" on my "laptop" to submit this to a "website," so that hopefully lots of you read it and share it on "social media." Then, I think I’ll go outside.  As Calvin & Hobbes reminds us, the magic out there is even better.