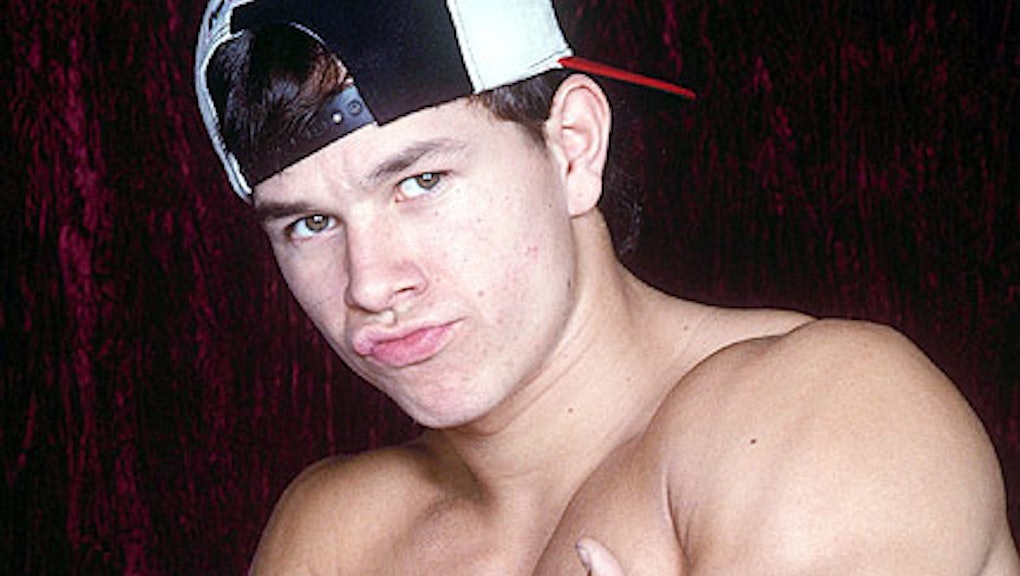 Dear Mark Wahlberg: Give Some Money to the Vietnamese Guy You Beat Up

Actor Mark Wahlberg has been getting kudos — from pundit Sean Hannity, among others — for chastising actors who brag about going through SEAL training.

While on the road for his new movie, Lone Survivor, Wahlberg let loose a slew of swear words ridiculing actors who boast about the challenges they overcame while playing military roles. This was apparently directed at comments made by another famous actor, Tom Cruise (though it looks like Cruise's remarks may have been taken out of context).

But, while the media is praising Wahlberg for railing against "Hollywood privilege," let's remind ourselves that Wahlberg is a perfect example of someone who indulges in his own kind of phoniness, and who gets a celebrity free pass for doing some pretty disgusting things.

No, I'm not talking about his music career in "Marky Mark and the Funky Bunch," or the memoir dedicated to his penis, or the trail of awful soft-core pornography he's left behind from his days as a model (like this SFW one). These things are pretty terrible, and worthy of a lost South Park episode, but there's worse to come.

Prior to his success as a rapper (I can't believe I just wrote that) Wahlberg had an extensive criminal career. Not just with drugs and gangs, but also with outright violence and bigotry. He threw rocks (along with the n-word) at black kids, he fractured a man's jaw, and beat up two Vietnamese men in Dorchester, MA — again, adding some ethnic slurs for good measure — leaving one of them blind in one eye.

But it gets worse. Wahlberg has said that he's paid for his mistakes (45 days in jail) and doesn't have trouble sleeping at night even though he's never done anything to compensate the man he partially blinded. "I feel good when I wake up in the morning," he said.

Now, I know this is from a long time ago, when Wahlberg was a teenager. But, there's someone basically walking around without an eye because of his bigoted attack. And Wahlberg is a millionaire now. It would be trivially easy for him to hire a private investigator to track down the man he blinded (and maybe the other guy whose jaw he fractured) and throw a wad of cash at him. It wouldn't be terribly classy, but it's better than letting his victim walk around with a blind eye and an empty wallet, right? As it stands, he's the one who's paying for Wahlberg's mistakes, not Wahlberg.

I find it unbelievable that he can be at peace with this and "feel that guilt go away" without doing anything to help the casualties of his actions. Not just because of the harm he caused, but because of the senseless, apparently racist motivation behind it. Wahlberg has said he doesn't know if he could "turn the other cheek" if a sex offender moved into his neighborhood, because, "When it comes to hurting the innocent … [he] might have to do what instinctively pushes [his] buttons." But I guess none of this applies when he himself is the one harming the innocent.

Wahlberg seems to think that when you make a mess, you can get forgiveness from a vending machine at the other end of the hall. That's just wrong. Forgiveness is earned by cleaning up the mess you've made, by making amends to the people you've harmed. That means not letting someone spend the rest of his life partially blind because you decided to beat him up apparently just for being Vietnamese. Particularly not when you're a multi-frickin-millionaire.

Wahlberg is right that real SEALs don't sit in a make-up chair for two hours and go to their hotel after a day's work and order dinner. But people who've earned real forgiveness don't let their victims wander around with eye patches.

Sure, we all do stupid stuff when we're young, and sometimes we commit harms against others that we never truly make up for. But rarely do any of us do something this bad, and rarely do any of us have the abundance of resources that Wahlberg has to set things right.

So here's my public plea: Mark Wahlberg, please be a mensch and give some money to the man you beat up for no other apparent reason than for being Vietnamese.

Then go back to your hotel and order the steak. You've earned it.