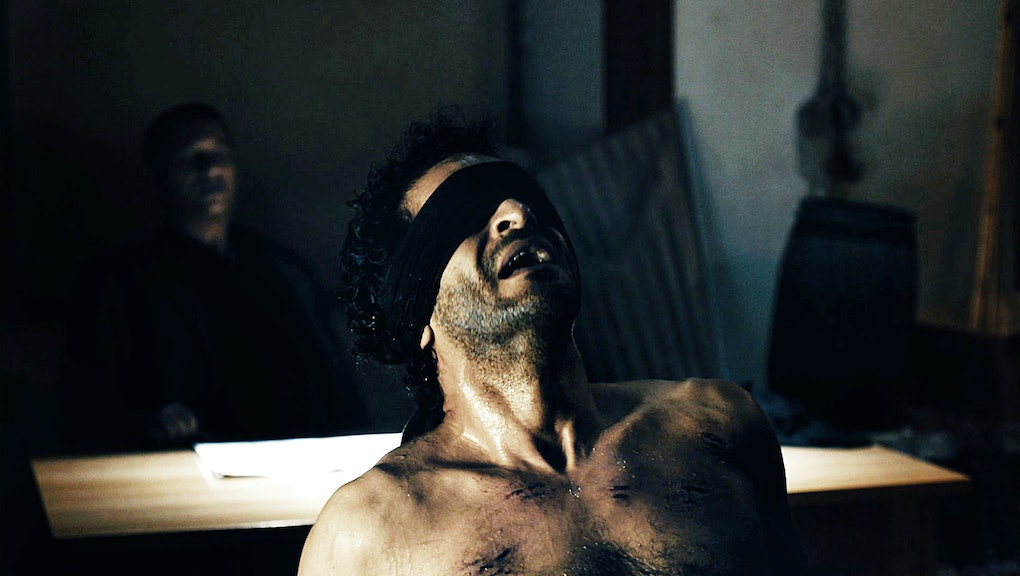 For the last two years, the world has watched Egypt struggle with a revolution: ousting one domineering megalomaniac, electing a new and extremely controversial president, and then undergoing a military-backed coup leading to a kind of kangaroo-court. It is this world that gave us Egypt's foreign language submission to the 86th Academy Awards, Winter of Discontent.

A blend of fiction and documentary, Winter of Discontent began on the streets of Cairo when director Ibrahim el Batout called actor Amr Waked to Tahrir Square on the 10th day of action. The men began filming right then and there, capturing scenes of upheaval as the power of the people turned Egypt's politics upside down. As a film, it's been described as "meditative and economical in its depiction," and having a "compressed and concentrated anger." The film injects you into the revolution and closes as Mubarak steps down. The protagonists dive into the masses and the aftermath of the revolution is yet to be seen — all that exists at that moment is possibility, and even hopefulness. But it is this tone of promise that reminds us of the cyclical nature of revolution; now we know that what followed Mubarak has been violent, volatile, and difficult to watch.

Director el Batout, in an interview with Euronews, said the revolution allowed him, at 49 years old, to vote for the first time. So while he openly disagreed with Morsi and the Muslim Brotherhood, he said he believed in democracy:

"I've been frustrated with ... what is happening in politics with the Muslim brotherhood, mixing politics and religion … but at least we are starting to understand what democracy is about. After the revolution, I voted, which means that we have a chance. Maybe the change will come gradually, maybe the change that will come we will not like it, but at least we have proven we can bring that change," he said.

At its core, Winter of Discontent is about the inner and outer lives of Egyptians affected by and engaging in the revolutionary protests of January 2011. It's a film about state control, censorship, and brutality; it is also about the ethical and moral dilemmas that many faced as they were caught amidst a country-wide transition.

There is something particularly poignant and powerful about watching Winter of Discontent. On our screens, we view scenes of a seemingly "ideal" revolution, a show of the power of the masses in inciting change and "winning." But in reality — in 2013 — Egyptians are still embroiled in political and social cataclysm, where religion and political alliances divide people. Some critics have argued this makes the film feel dated because the Arab Spring is "old news," but the fact that we're seeing a politically charged, pro-revolutionary film (while the country continues to reshape and reimagine what democracy can look like) from a clearly anti-Muslim Brotherhood, independent director is incredibly representative of where the country could potentially be headed.

Blogger Menna Taher points out that the changes in Egypt can be seen in the very way cinema is revitalizing through directors like el Batout, who are armed with little more than camcorders and vision. "The presence of cameras on the street was never common before the revolution since anyone with a camera on the street was usually questioned by the security forces and had to have a permit to shoot," Taher writes. "However, with the eruption of the revolution on January 25, 2011, digital cameras have become tools to document the events and especially the violations by security forces."

Censorship has dictated for decades what could be creatively produced in Egypt. So when work from directors like el Batout — people who have previously been unable to return to their home country for fear of police action — come to the forefront of the nation's cinema, it's impossible to ignore what doors, or windows or even peep holes it could be opening.