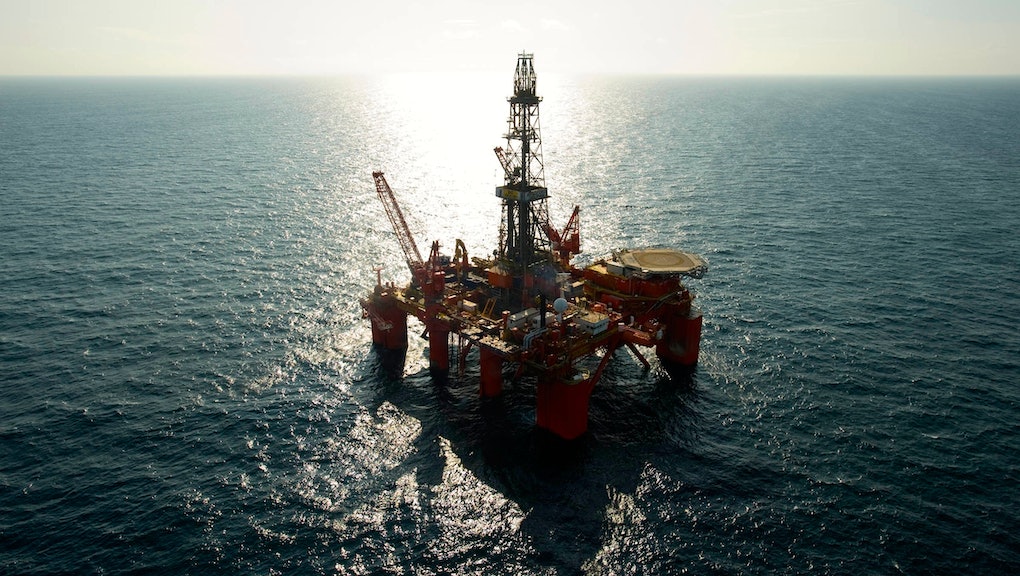 Why does the federal government subsidize the oil industry? It seems that curbing subsidies to this industry, with its pollution-belching, profit-guzzling image, would be an easy way for the government to make much-needed spending cuts. In 2010, Uncle Sam doled out $3.7 billion in subsidies to oil-related industries. However, this consisted primarily of government programs and tax breaks that other industries can receive.

At $1.7 billion per year, the largest individual oil subsidy is part of something that's enjoyed by many industries. It's a tax break for companies performing "qualified production activities" in the U.S. "Qualified production activities" include manufacturing, selling, leasing, or licensing a product, and engineering and software design related to that product. So it's pretty broad: Microsoft and Apple take advantage of it, too. This tax break is so inclusive that merely placing wrapped food into a gift basket qualifies. Surely oil production should as well. Furthermore, oil companies can't take as much of a deduction as, say, Microsoft; whereas Microsoft can take a 9% deduction, Chevron can only take 6%.

A second major tax break-related "subsidy" is the Fuel Tax Exemption for farmers. Eliminating fuel taxes for farmers makes fuel cheaper for them, theoretically encouraging them to use more of it. One of the main purposes for fuel being taxed is to support roads, on which farm equipment isn't supposed to be driven. Therefore, taxing farm fuel at normal levels would be unfair.

Two federal programs that account for about 40% of federal oil "subsidies" are the Strategic Petroleum Reserve and the Low Income Home Energy Assistance Program.

The reserve holds 700 million barrels of oil to smooth out severe oil market shocks. While the government does increase demand for oil by purchasing it from oil companies to fill its reserve, it's only a subsidy in a loose sense. It's a subsidy in the same way that the government subsidizes the construction industry when it contracts companies to build roads. But it's not a grant, interest-free loan, or special tax break, and public scorn usually isn't directed at the construction industry for selling to the government.

While it's not a special-interest cash handout, the Strategic Petroleum Reserve is still an expensive government program, which some economists don't believe is needed. Private insurance against energy price fluctuations is commonly available as commodity futures in places such as the Chicago Mercantile Exchange and the Intercontinental Exchange. These futures would smooth out prices without costing taxpayers over a billion dollars per year (the reserve is also thought to have cost as much as $10 billion to construct). Also, the oil can flow both ways and any reductions in the reserve serve to reduce oil sales. So, instead of being a handout, the reserve is an advance purchase of oil.

The Low Income Home Energy Assistance Program lowers energy prices for low income families as the government pays part of their energy bill. As this artificially reduces the price of fuel, oil companies can sell more of it. This is really a subsidy for low income families, not oil companies, and most who talk of cutting oil subsidies probably don't have this program in mind.

The oil industry does receive some "pure" subsidies, but they're relatively small (for the federal government, that is). About $1.25 billion in tax breaks is allowed for things like exploration and equipment costs.

I believe this number is still too large, though. It's silly to subsidize green energy because it can't compete with oil and other fossil fuels, while also subsidizing oil. The right and left hands of the government should not be working toward opposite goals.