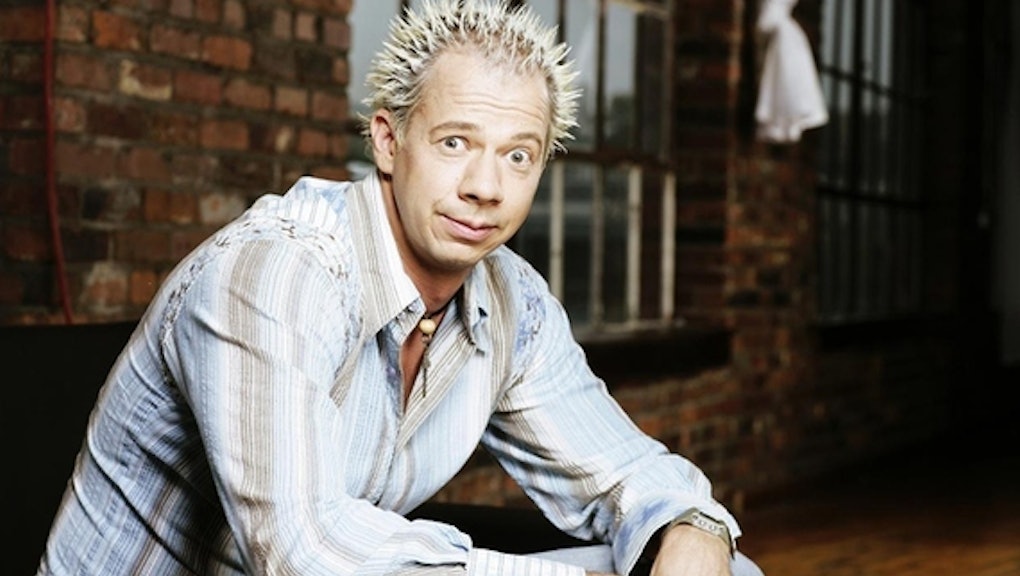 If I had known some queer women when I was 16, I think I would have figured everything out much sooner.

In high school, I spent a lot of time worrying about being the "right kind of girl." Now, I look back and marvel at how narrow my definition of "girl" really was. Even at my liberal, progressive high school in a fairly accepting town, the options were restricted to what I saw on television, in magazines, and all around me at school. It was pretty limiting: I should be thin, I should have long straight hair, and I should want a boyfriend. No one encouraged me to shut up or be less aggressive, thank goodness, but I wasn't yet an authentic version of myself.

Thinking of my high-school self, I can only imagine how damaging it might have been to have a speaker like Justin Lookadoo come to my school and speak as an authority, telling me that the best way to be a girl is to "know how to shut up." That's why I was disgusted to learn that Lookadoo has been doing just that at schools across the country in more than 4,000 speaking engagements to date, and horrified to learn that he is still lined up to speak at many venues in the coming months.

Lookadoo refers to himself as a professional speaker and bestselling author. While he's evidently been doing his thing for many years (terrifying), he was brought into the media spotlight last week for a particular presentation he gave at Richardson High School in Dallas, Texas.

Despite the fact that Richardson High School is "an overwhelmingly conservative and Christian community," enough students and parents were appalled by this presentation that it has made headlines at Yahoo, The Atlantic, and on the Dallas Morning News.

I was really excited to see that students, particularly young women, were standing up for themselves and against Lookadoo after this gross display of sexism. (Not to mention his obsession with making teens "dateable" to one another; many students have no interest in dating in high school, and even if they do, it's a strange way to discuss sense of self.) But I have to wonder how many children and young adults have seen his performances and have not had the knowledge, resources, or energy to consider his message wrong and speak out against it.

Personally, I didn't know how to articulate that I needed a less heteronormative environment to discover a part of myself (my sexuality) because I didn't even know having that was an option. The silence, or lack of visible options, rendered me completely disconnected from that aspect of my personality. I'm not sure what would have happened had I encountered an authority figure who actively told me I could not be queer; I'm sure it would have made my journey of self-discovery that much more difficult.

Though I have identified as a feminist for a long time — even in high school, when I was struggling to figure out exactly how a girl should be — I only began identifying as queer in college, after the girl I fell in love with assured me that I could indeed identify as queer, even if I wasn't necessarily sure I had been "born that way."

Had there been more queer representation in my life at an earlier age, I might have figured things out sooner. If you never see representation of a certain type of person, it can be impossible to imagine that you, yourself, are that type of person. Conversely, if you are told that there is only one way to be, you might believe that opinion to be fact, especially at age 16.

"Professionals" like Lookadoo should not be allowed to spread sexist and closed-minded perspectives as fact amongst youth who are trying to figure out who they are; schools would do better to bring in a diverse array of authorities so that kids can actually have the chance to see how many different ways there are to exist on this earth.

And not a single one of them should involve telling anyone to shut up.