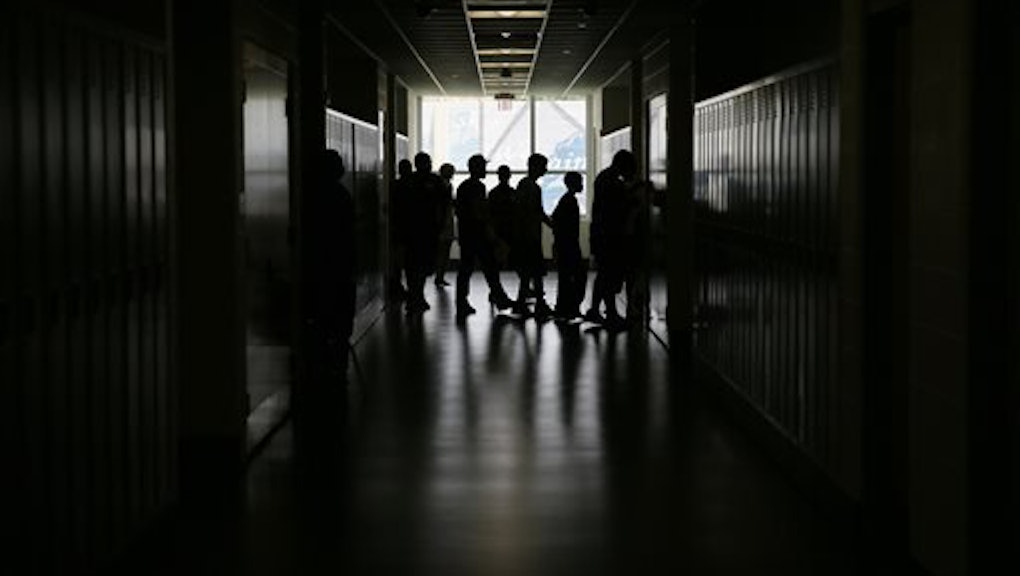 "Without the funds to restore crucial staff members, we cannot open functional schools, run them responsibly or provide a quality education to students."

These words were spoken in August by Superintendent William Hite, Jr. of the School District of Philadelphia, the man tasked with opening schools for the fall after a budget shortfall led the district to layoff more than 3,700 workers in June. The schools opened anyway, but with funding tied up on the state level and in labor costs, Hite was successful in bringing a mere 1,400 of these workers back, most on emergency funding

Scarcely a month and a half later, on the afternoon of Sept. 25, sixth grader Laporshia Massey of Philadelphia's Bryant Elementary School complained of feeling ill and having shortness of breath. There was no nurse on duty that day, as is the case three days of the week, due to 2011 budget cuts. She returned home hours later to her father, who recognized that Laporshia, suffering from asthma, was in dire straits. They rushed to the hospital to no avail - she collapsed on the way, and despite the best efforts of the medical staff at Children's Hospital of Philadelphia, she passed away that evening, a tragedy in all sense of the word. Laporshia was 12 years old.

It took more than three weeks after Laporshia's death — more than two entire months after Dr. Hite's admonition — for Pennsylvania Gov. Tom Corbett (R) to extract his pound of flesh from the School District of Philadelphia. In exchange for nominal school reforms, he finally released $45 million of state funds to cover the budget shortfall, $10 million of which is limited to charter schools.

How have we found ourselves here?

In many ways, the history of the School District of Philadelphia mirrors that of other major American cities in the 20th century. Originally developed when many wealthy and middle class citizens still lived within the city limits, Philadelphia faced issues of white flight and racial tension through the expansion of its affluent suburbs. At its nadir in 1998, the district only graduated 44% of its incoming freshmen on time, with a far lower percentage actually prepared for the rigorous academics of a four-year college. Anger had long been building on account of this state of affairs, especially since the most troubled schools predominantly served (and continue to serve) students of color. The stage was set for new players with deep pockets to enter the game.

In an episode that eerily parallels today's issues, former Superintendent David Hornbeck threatened to close the district's schools in February 1998 if the state didn't meet the budget's funding needs. Per-pupil spending had long languished behind suburban districts, and the decades of inadequate funding had made deficits and poor performance the norm. The bold tactic worked, but funding came at a high cost: the hostage-taking led to a tumultuous next few years, including lawsuits, walkouts, and eventually a Declaration of Distress from the Pennsylvania Board of Education. It all culminated in 2001 when the state took over and began diversifying the administration of schools, bringing in for-profit and nonprofit entities to run failing schools in lieu of traditional district leadership. There was a small victory for those had feared that the district would privatize completely, but for better or worse, it was this change that begat the powerful charter school movement in Philadelphia.

Over the course of the next decade, the number of charter school operators grew steadily, eventually comprising 27% of the total student enrollment in Philadelphia (excluding private/parochial schools). The district is required to pay the per-pupil cost for each student to the charters, but as explained in detail at the Notebook, the result is always a net loss for the city budget. As more students opt out, the main school district becomes more distressed, hollowing out a core public institution so a certain percentage of students can come and go as they please.

Remarkably, the district has made strides despite these financial hurdles. Between 2002 and 2012, the four-year graduation rate rose 20 points, from 44% to 64%. In comparison, the rate for charters was 76% that year, a number used to tout their superiority and champion their expansion. The data leaves the city with more questions than answers, but no one can argue that the gains are threatened fundamentally by the funding fiasco.

With deficits forcing impossibly small margins in the operating budget, the district is facing the thankless task of cutting fixed costs, managing aging infrastructure, and maintaining high standards for the nation's eighth largest student body. Increasingly, the classroom budget is so low that teachers have to buy basic supplies out of pocket. Against this backdrop, labor standoffs loom for the district. It comes as a surprise to no one that the Philadelphia Federation of Teachers is geared up for the fight. Mayor Michael Nutter is lobbying publicly for a new formula to address the fiscal shortfall at its root, but he faces an uphill battle in Harrisburg, where many a farsighted reform has been politely shelved for eternity.

On April 23, the jointly-appointed School Reform Commission, an unelected body in power since 2001, declared that the district was unsustainable in its current state. The district would begin selling off schools, sloughing off excess obligations until it could eventually be dissolved into achievement zones. After all, what better way to bring up reading scores than to immerse students in the Orwellian language and Kafkaesque bureaucracy of over 20 autonomous mini-districts?

So it is that a school district founded in 1818, in a city that was once our nation's capital, may cease to exist in the near future. There is a strong lesson here for those watching at home: when the going gets tough, it's okay to give up on public institutions. It also lets us know that we're not in it together, not competent enough to fix it, and naive to think we ever were.

No one knows how this all will end, but if you care about the future of our nation's public schools, keep your eye on Philadelphia.