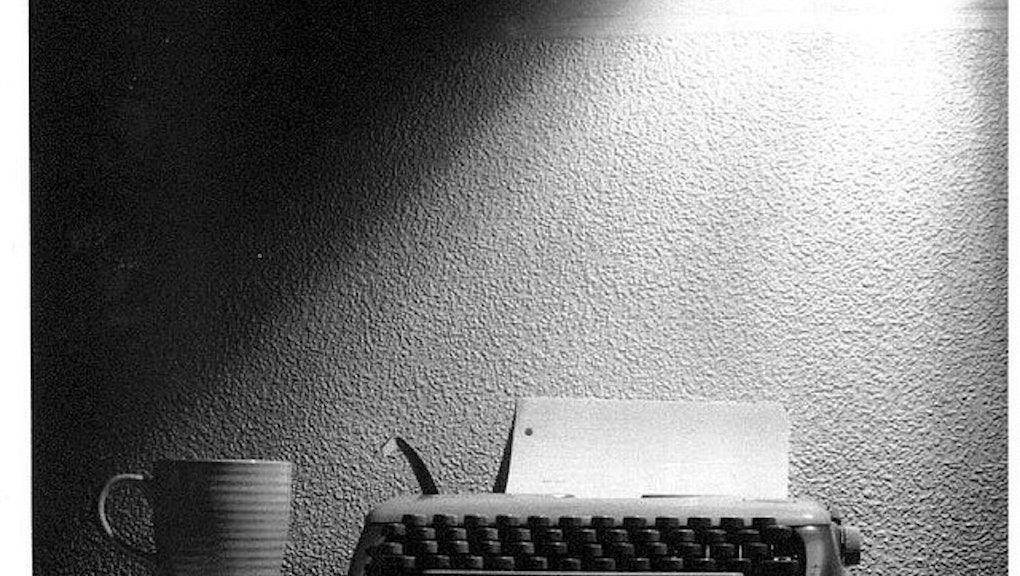 4 Famous Writers On Getting Over Writer's Block

Anyone who has attempted to write a story knows it's a mysterious process. Sometimes the words flow freely, as if the writer is taking dictation. Other days, the words just aren't there. This is commonly called writer's block.

Ironically, this condition has inspired some pretty great writing. Here are four successful writers on what writer's block really is, and how to overcome it.

Known as one of the greatest crime fiction writers of our time, Elmore Leonard passed away in August of this year. He left more than 40 novels to his name, many of which (3:10 to Yuma, Get Shorty, Out of Sight) have been turned into Blockbuster movies. He also left some good kernels of advice about the writing life, including these 10 rules for good writing. Here's what he has to say about writer's block:

"You hear of writers having such a tough time. They say, 'I can't make it work', and I always think, 'Why not?' I don't believe in writer's block. I've only been stuck briefly but then something will interrupt my day. I'll focus on that and when I go back to my work, I'm not stuck any more.

When I started out, I found a writer I liked and learned from him. I liked Hemingway because he didn't use too many words. He'd leave out descriptions of people so the reader could visualise what the characters looked like. When I saw he did that, I thought to myself: 'Hey, I can do this.'"

This English writer burgeoned into pop star celebrity with his graphic novel series Sandman, which at one point outsold Batman and Superman comics. A prolific and witty writer, Neil Gaiman's success lies, in part, in his drive as a young man. He knew he wanted to be a writer and he did everything in his power to improve his craft and make a name for himself, including stints as a freelance journalist. Here's Gaiman on writer's block:

"Strategy number one is that I always, or almost always, have at least two or three different things that I'm writing at any one time. In my experience, writer's block is very real. You'll be writing something and suddenly it stops. The characters stop talking. You've been happily just transcribing everything they've been saying, and suddenly they sit down and shut up ... It's just that sometimes a project needs a little time to think, a little time to breathe. So what I tend to do when that happens is I always have two or three other things that I'm doing at the same time. I can just go to one of the ones that's working. Which is how I give this appearance of being prolific. I'm really not. I think of myself as a very lazy author. But it's very nice for me to have more than one thing that I'm doing at a time, and being able to bounce between them.

The other thing that I would say about writer's block is that it can be very, very subjective. By which I mean, you can have one of those days when you sit down and every word is crap. It is awful. You cannot understand how or why you are writing, what gave you the illusion or delusion that you would ever have anything to say that anybody would ever want to listen to ... The following day, when I actually come to look at what has been written, I will usually look at what I did the day before, and think, 'That's not quite as bad as I remember. All I need to do is delete that line and move that sentence around and its fairly usable. It's not that bad.'"

The Pulitzer Prize-winning Annie Dillard is known for the intensity of her devotion to the writing life and the beauty of her prose. She thinks of writing as a meditation on life and as a way of prayer. She shares with readers how she overcomes writer's block in her memoir The Writing Life:

"When you are stuck in a book; when you are well into writing it, and know what comes next, and yet cannot go on; when every morning for a week or a month you enter its room and turn your back on it; then the trouble is either of two things. Either the structure has forked, so the narrative, or the logic, has developed a hairline fracture that will shortly split it up the middle — or you are approaching a fatal mistake. What you had planned will not do. If you pursue your present course, the book will explode or collapse, and you do not know about it yet, quite ... What do you do? Acknowledge, first, that you cannot do nothing. Lay out the structure you already have, x-ray it for a hairline fracture, find it, and think about it for a week or a year; solve the insoluble problem. Or subject the next part, the part at which the worker balks, to harsh tests. It harbors an unexamined and wrong premise. Something completely necessary is false or fatal. Once you find it, and if you can accept the finding, of course it will mean starting again. This is why many experienced writers urge young men and women to learn a useful trade."

Emerging writers may want to drop by the bookstore and pick up a copy of Julia Cameron's The Right to Write. The author, who's written everything from screenplays to short stories, provides tips on how to integrate writing into daily life along with exercises designed to expand the mind's creativity.

In particular, she suggests what she calls morning pages — three pages of free-flow writing every morning. The pages can be about anything from what you want to eat for breakfast to a rant about your latest breakup to a critique on the movie you watched the night before. These pages provoke thoughts and loosen the mind into a writing mood. They also establish balance by providing a simple exercise for the writer to begin his day with what he needs most — writing.