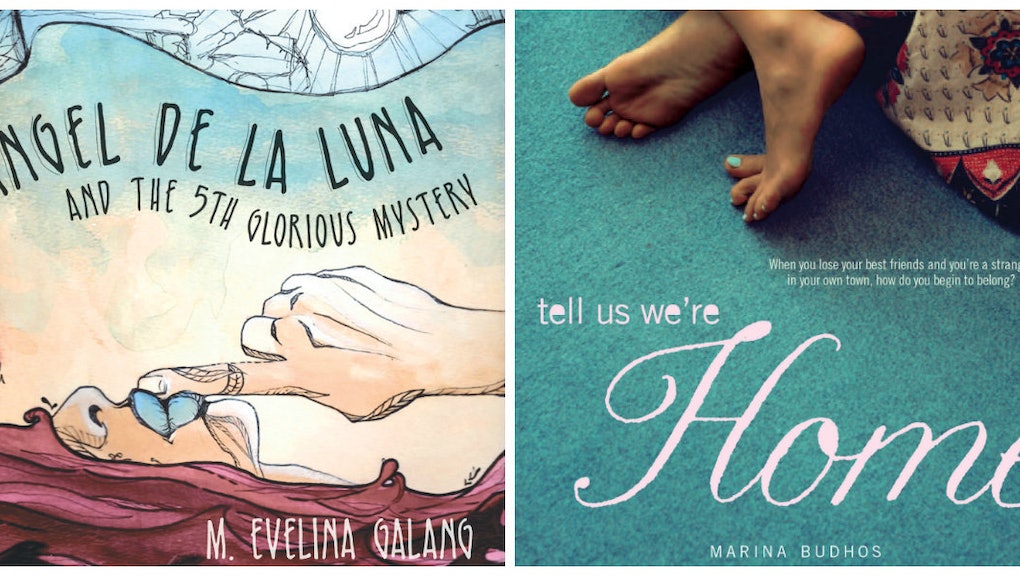 What YA Literature Can Teach Readers About Race

There's something quaint about book readings. The personal intimacy of hearing the author's voice, and the cozy feeling of being in a room filled with books and book lovers is something which cannot be recreated by clicking through a Kindle or iPad.

Thinking that book readings were a relic of the bygone days (ahem, the '90s), I was ecstatic to learn that there was one at the Asian American Writers' Workshop in New York on Nov. 7. The theme was constructing racial identity in young adult literature, which has been a hot topic in literary circles lately, especially with National Book Award finalist Jhumpa Lahiri arguing against the use of the term "immigrant literature."

In this particular session, author M. Evelina Galang transported us back in time to 2001, crossing the seas from the Philippines to the Midwestern United States when she read from her novel, Angel de la Luna. The protagonist, Angel, is a 16-year-old political activist in Manila protesting against the Estrada regime, when she is forced by her mother to immigrate to Chicago and adjust to the American way of life.

The listeners were then transplanted to a very different setting, to the maids' quarters in present-day suburban New Jersey by author Marina Budhos. Tell Us We're Home is a story about three girlfriends from Trinidad, Mexico, and Slovakia, who are also the daughters of nannies for their rich classmates at school. As Budhos stated in an interview, it is a story about teenagers who are otherwise invisible, outsiders, or part of "another cultural milieu."

In both stories, the coming-of-age archetype is re-examined and reconstructed through the lens of race and class. Budhos depicts this on her website as the "girl friendship novel" being "turned on its head." The characters have to deal with all the problems that high school girls go through — looking pretty, fitting in with the popular crowd, worrying if their crush likes them, etc. — but being from immigrant families, they also face the extra burden of straddling two worlds while forging their own identities.

Unfortunately, stories dealing with themes of migration and racial identity are still underrepresented in the genre of young adult fiction, as evidenced by this list of "Best Young Adult Books" published by Goodreads. The Hunger Games, Harry Potter, and Twilight were top picks, while American and English classics such as To Kill A Mockingbird, The Catcher in the Rye, and Lord of the Flies dominated the list.

But hopefully, this list will soon become more diversified. Although consigned to "immigrant literature," the themes explored in Galang and Budhos' novels are ones that many young people can relate to. As Galang mentioned in the panel discussion, she was worried that the middle school students in her summer writing class would find the Tagalog words in her novel hard to digest. But, to her surprise, they really enjoyed it because it provided a sense of authenticity to the Filipino American experience. Galang attributes this to young people being more exposed to cultural diversity. In fact, this is how a lot of children speak at home — mixing English with another language, resulting in blended dialects such as "Chinglish," "Konglish," or "Spanglish."

Galang was heavily influenced by concepts of identity and belonging when writing Angel de la Luna. She described her own experience in an interview about being Filipina at home but feeling pressured to conform to American cultural norms outside of her home. She was a "perpetual alien" who "belonged to two countries and at the same time ... did not really belong."

A lot of young people today are grappling with questions of identity and belonging. Having lived in a number of countries myself and always being the "new kid" at school, I learned how to constantly integrate into different social and cultural settings, but felt that I didn't fully fit into one place either. Likewise, there are plenty of people with similar experiences. Even within America, young people are exposed to different identities these days from teenagers "coming out of the closet" to learning feminism studies in high school curricula. All of this was unheard of when I was in high school not long ago.

Compared to other genres, young adult novels are also easier to read. More importantly, it's not just teenagers who are reading them. The audience at the book reading, for instance, consisted of professionals and academics. Young adult literature therefore provides a window for people of various ages and backgrounds to better understand the "immigrant experience" in America.

However, the term "immigrant" is fraught with stereotypes, and the characters in both novels defy categorization and break down those stereotypes. While authors like Galang and Budhos bring historically marginalized groups to the forefront of American literature, they also touch upon themes which the young and young-at-heart can certainly relate to: finding oneself, digging up one's roots, and making a mark in the world.