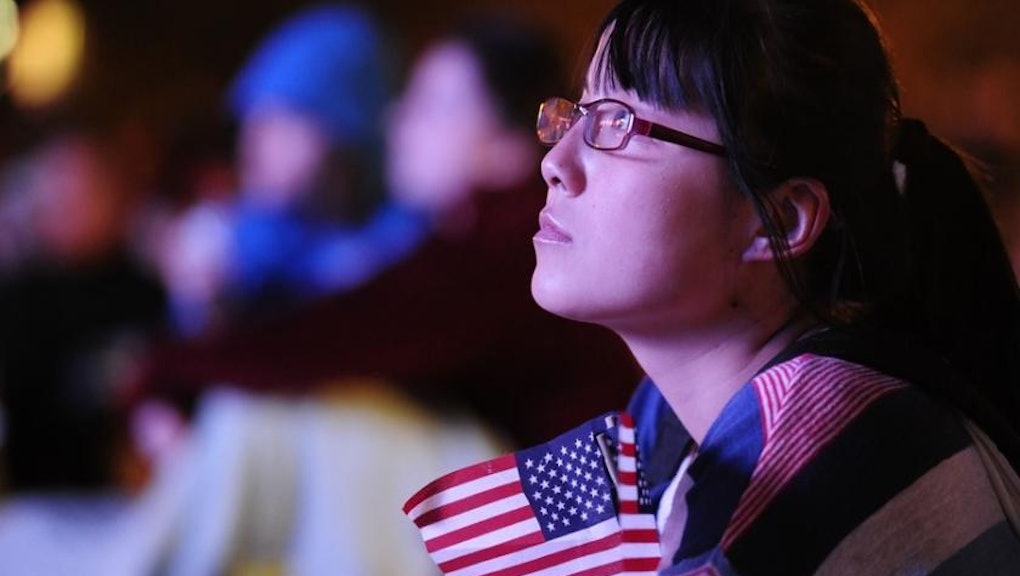 Psst, Millennials: Republicans Are Working For You

Note: This article was co-written by Raffi Williams and Elliott Echols.

America is the greatest country in the world, but it still has so much untapped potential. Unleashing American ingenuity — especially the energy and creativity of our generation — doesn’t require a new government program, a new tax, or another bureaucracy.

It requires embracing the values that make America great and that are at the core of the Republican Party: freedom and equal opportunity.

Whether it is in the nation’s capital or state capitals, Republicans are the ones fighting so that our generation has the freedom to chart our course and to build careers of our choosing — so that we can seize all the opportunities this country has to offer.

But too many millennials don’t know that the Republican Party is fighting for them. Much of our generation became politically aware in the Obama era — a time when Democrats were aggressively courting young voters and Republicans weren’t.

Just in 2012, Obama’s campaign targeted young voters through campus engagement, Facebook, Pandora, Hulu — wherever they spent time. Obama made reaching out to young voters a priority of his campaign, and it worked: he won 60% of the youth vote even though youth unemployment was high, health care costs for young Americans were rising, and many young people were back home, with a diploma and without a job.

Obama’s campaign was able to convince millennials that he cared about them and that he was fighting for them despite every metric proving otherwise.

Obama’s machine was able to woo the youth vote, because Republicans just didn't do enough. College Republicans were on campuses, but the campaigns needed to show up and make the case for opportunity.

Republicans have resolved never to make that mistake again, which is why the Republican National Committee (RNC) has hired us, Elliott Echols and Raffi Williams.

Let us introduce ourselves, briefly:

Elliott is the National Youth Director, a brand new position at the RNC. He is tasked with getting our generation excited about politics and Republicans through campaign events, bringing in speakers, voter registration drives and encouraging young people to discuss current events and how the relate to government.

And Raffi is the Deputy Press Secretary for youth. He is charged with making sure the Republican messaging is penetrating the media we read. It’s a daunting task for the BuzzFeed generation, but he’ll fight to ensure young people aren’t digesting only one-sided political news.

The two of us alone cannot transform young Americans’ political affiliations. But working hand-in-hand with the staff at the RNC, state parties, conservative youth organizations and campaigns, we will make sure that our party and our candidates are just as focused on young voters as they are on any other age group.

So to our fellow millennials, Gen-Y’ers, young adults, or however you identify yourself: you know we deserve better than what we’re getting from our government and this economy. Next time you think of what would make life better, remember Republicans are out there fighting so we can pursue the American Dream, so that all Americans have a fair shot, and so that we can be more self-reliant. And if you don’t remember, we’ll be here to make sure someone reminds you.