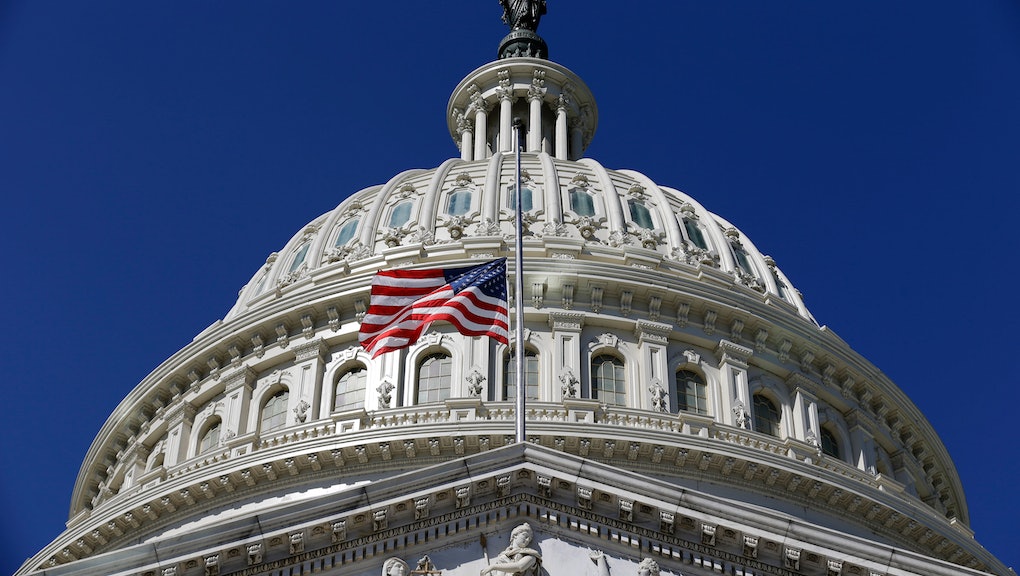 We Need Another Gettysburg Address, Badly

Thomas Jefferson wrote 207 years ago that "all men are created equal." Unless, of course, you were black, or Native American, or Jewish, or … well, basically, if you weren’t white and Christian. And let’s not even get started on women.

Fortunately, we’ve made progress since then. Even the Founding Fathers knew that the country they were founding would be a work in progress. That’s why they provided for constitutional amendments, put a time limit on the slave trade, and designed a system of checks and balances — familiar to any fifth-grade social studies student — to save us from our worst impulses.

However, like in Abraham Lincoln’s time, we are on the battlefield of a great war, to see just how long we can keep the experiment of the U.S. going. Unlike in Lincoln’s time, though, this is a less immediately dramatic, tangible battlefield. It is being fought on talk radio shows and by television pundits, with unlimited corporate cash donations, by lawyers mapping out congressional districts and arguing over voter registration laws.

We come together to talk about these battles, to make our voices heard. It’s right that we should do this. But we can’t fight this war only with op-eds and talking points, with jeremiads about how X is ruining the country. If we’re going to continue to move forward, if this experiment is going to continue, it will not be with weapons of war. We’re going to have to employ the oft-forgotten, unsexy tool called silence. The patient silence of trying to understand the feelings of those who think differently, rather than looking for a chink in the armor to strike at. The strong silence of refusing to be moved, as the heroes of the Civil Rights movement so courageously practiced. The invaluable silence of listening, not just hearing.

Written out, these entreaties are platitudes. They sound easy and soft. But if listening were so easy and soft, we’d all be doing it already. It requires concentration, effort, patience, and frustration. Our war, though fought more and more in the virtual sphere rather than on the fields of armed combat, is no less a war because of it.

But if a government of the people, by the people, for the people, is something we truly care about and not something we merely pay lip service to, it is our solemn duty to wage it. It will not perish from the earth unless we let it.