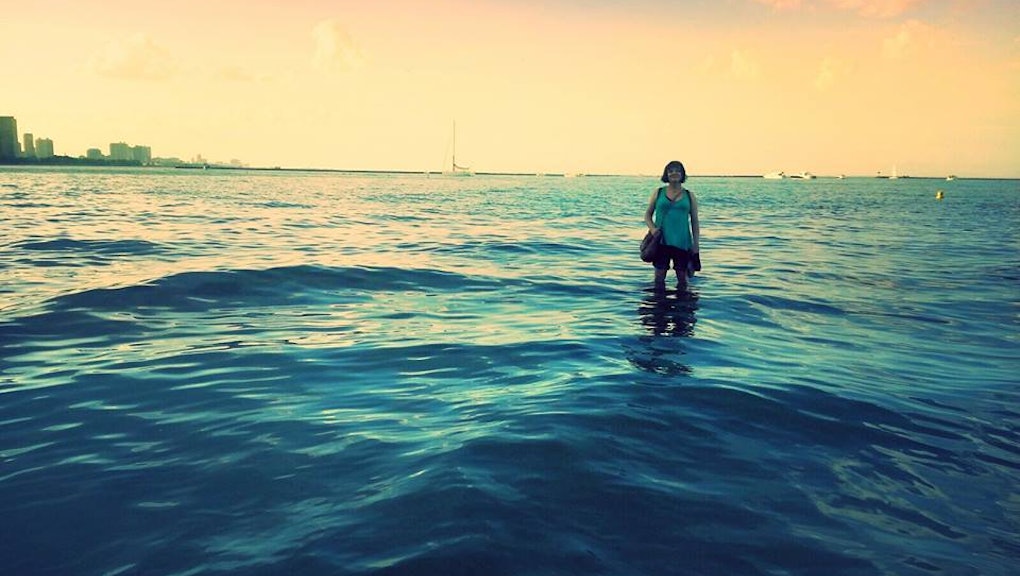 How I Went From Blogger to Crusader For Trans People

A little over a year ago, I started a blog called Park That Car. In the beginning, I kept it as a way to sort out the scattered thoughts that filled my head in the early months of my transition of gender presentation from male to female. As I crawled deeper down the rabbit hole that is a transgender life, I began to notice a common thread in the writing that was being done about trans people: It was laughably bad. Names and pronouns found themselves at the mercy of editors who didn't understand what they were dealing with; outdated and offensive terms would find their way into the most mainstream of news reports.

Looking at the representation of trans people in the media, it's no wonder so much of the population seems to brand us as freaks. Reading these items, watching these reports, I couldn't help but want to course-correct the broader coverage of transgender issues. My writing shifted from a personal journal to an informational resource that others could reference. I made it my goal to change the media representation of transgender individuals, in the hopes that friendlier coverage would result in friendlier treatment.

This week marks the 15th annual Transgender Day of Remembrance, a day of reflection and memorial for those lost over the past 12 months to anti-transgender violence. This year, that number exceeds 230 names worldwide.

In the time since the launch of Park That Car, I've watched as my site went from a personal blog with fewer than 25 visitors a month to a moderately successful one with thousands of monthly visitors. In that time, I've expanded my writing across multiple platforms, covering transgender issues for outlets like Rolling Stone, Huffington Post, Salon, and Talking Points Memo, among others.

Even so, despite my own efforts to humanize transgender people in the media and to educate others as to the proper style guidelines to follow regarding coverage of people like me, many mainstream outlets remain stuck in their ways, eager to treat us as a joke.

As recently as last week, Bill O'Reilly devoted a substantial portion of his nightly Fox News program to an anti-transgender rant, referring to a transgender woman as a "guy who thinks he's a girl." He further insinuated that the real reason transgender women (assigned male at birth) transition is simply to catch a glimpse of a girl using the restroom. O'Reilly didn't feature any transgender guests on his show, nor did he have a medical doctor with a background in gender issues. His word, based on his own interpretation of a condition he cannot personally relate to, was all he needed.

I wish I could say that O'Reilly was the exception and not the rule, but he's the rule. In addition to demonstrating blissful ignorance of the science behind transgenderism, the media loves to deny the existence of trans people in another important way: by erasing our identities completely.

You'll often find that articles referencing trans people tend to dismiss the names we live by. It's not out of the ordinary for an article about Chaz Bono to include a reference to the name "Chastity." The same goes for Lana Wachowski, who will still frequently be dogged with references to the name "Larry" in news pieces about her work.

When confronted with questions about the necessity of referring to someone by a name other than the one they go by, media outlets scramble for excuses to delegitimize transgender chosen names.

CNN, which routinely mentions individuals like Lady Gaga, Miley Cyrus, Perez Hilton, Guy Fieri, Piers Morgan, Joy Behar, and Larry King, has stated that their position on the reporting of transgender individuals will be based on whether or not the individual has had their name legally changed — all this despite the fact that none of the aforementioned celebrities are legally recognized by the names listed here. CNN's refusal to provide us with the same level of courtesy that they extend to others going by pseudonyms and revised names functions as an asterisk on the credibility and honesty of transgender individuals.

Chelsea Manning's announcement a few months ago that she intends to transition her gender presentation from male to female left news outlets equally clueless.

"I am Chelsea Manning. I am female. Given the way that I feel, and have felt since childhood, I want to begin hormone therapy as soon as possible. I hope you will support me in this transition. I also request that, starting today, you refer to me by my new name and use the feminine pronoun," said Manning.

One would think Manning's statement would be enough to guide coverage of her sentencing, given that the AP stylebook guides journalists to use the pronoun preferred by the individual being reported on. Even so, the journalists of the Today show found themselves unwilling to honor the request made to them just seconds earlier.

"Is the ultimate goal here, for her... him ... to be in a female population, a female prison?" host Savannah Guthrie asked Manning's attorney David Coombs, correcting herself mid-sentence in a way that managed to both misgender Manning and violate the guidelines laid forth by the AP.

Shortly thereafter, Scott Stump, Today contributor, published the video exchange between Guthrie and Coombs on Today.com. Stump consciously disregarded the AP s tyle guidelines and Manning's own statement, writing deliberately misgendering statements like "Bradley Manning, the Army private sentenced to military prison for leaking classified documents, revealed he intends to live out the remainder of his life as a woman" and "During his trial, Manning's defense team suggested his struggles with gender identity."

What happened to Chelsea Manning happens all the time to trans people in the news. We're pushed into a corner, hidden from view and branded as liars before we can even speak. I can say that I'm a woman named Parker, but many of these outlets would have you believe that I'm merely a "confused man," and that my name isn't really Parker. This elevated level of suspicion, this effort to delegitimize our identitiesis intended to pass us off as people who should not be treated with respect, not given the benefit of the doubt others may be afforded.

While I don't reach nearly the number of individuals that Bill O'Reilly and the Today show do, I plan to continue my work, winning over the hearts and minds of the public, and working to humanize our existence to the wider world.

You can help me in this. When you see someone in the media calling a transgender woman "he" or "him," report that incident to GLAAD. If you encounter someone making a joke at the expense of a trans person, call them out, tell them that it's not okay.

The effort to impact the narratives put forth about trans individuals in the media and society as a whole, cannot be accomplished by transgender voices alone. We need you, the self-proclaimed allies, those who see us as human beings, to amplify our message.