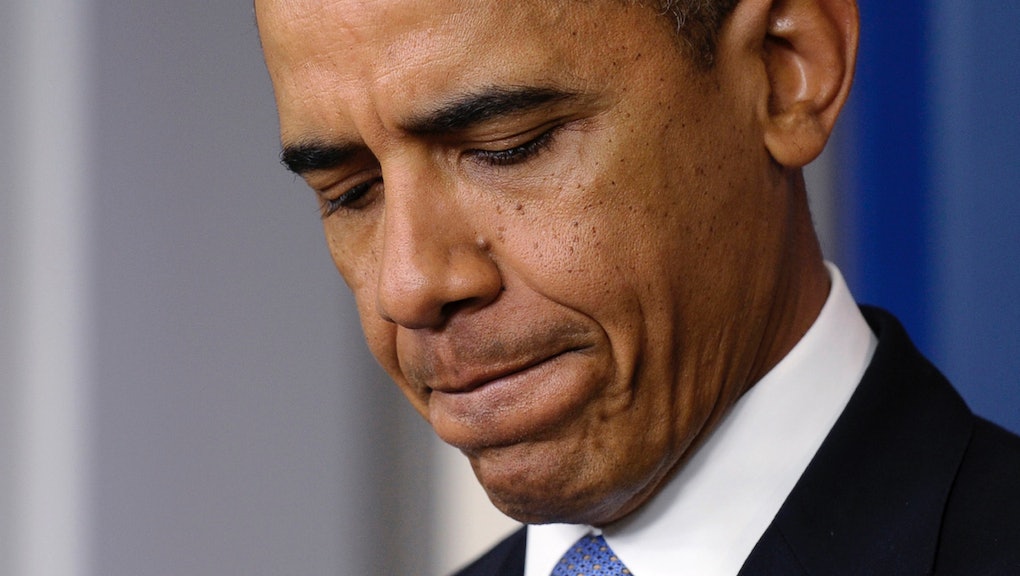 Some people are sick and tired of discussing the Obamacare fiasco. I am not.

The events of the last three years, as President Obama attempted to reform health care, are likely to have a profound impact on America for decades. Moreover, the miscalculations relating to Obamacare will create even greater financial stress on the country if the resolution of this entitlement law is not dealt with in an honest and realistic manner.

The president is being criticized by almost everyone who is not a diehard liberal. In fact, some Democrats have begun to jump from the Obamacare ship lest they get clobbered in the 2014 elections. Thirty-nine of them sided with Republicans to pass a bill written by Rep. Fred Upton (R-Mich.), which will enable Americans to keep their current medical insurance. This would essentially reverse the effect of the lie (or misunderstanding) that the president created.

Obama decided that all Americans should have medical insurance, a noble objective, although the proposal came at a difficult time for the country financially. Thus, he needed to generate more money to support the entitlement. Because of this, he declared that most individual policies were substandard and that they should be cancelled and replaced by a new government program.

Basically, the president wants healthy Americans, who have no insurance or cheap insurance, to buy new and expensive policies. In effect, they would be subsidizing unhealthy Americans who are anxious to enroll in the program and receive free or low cost insurance. This strategy would also smooth out the balance of healthy and unhealthy policyholders.

But his deception was his downfall; an infrastructure that has not been able to operate properly also contributed to the situation. Regarding the former, many individuals are content with policies that protect them against catastrophic medical events. These Americans are fine with high deductibles and minimal benefits that keep their costs down. Obama labeled these plans substandard.

The problem is that Obama lied to get the Obamacare train rolling. He said individuals could keep their insurance if they wanted to, knowing full well that the new law requires insurance companies to cancel many of these policies. In his arrogance, he thought that he could trick the American people, the media, and the conservatives on the Fox Network, who have been beating Obamacare to a pulp during the past three years.

The press has jumped on the bandwagon, big time. Kimberly Strassel at the Wall Street Journal wrote a piece that flayed Obamacare. She said, among other things, that Obama has been humiliated and caught in his subterfuge. A "growing mob" of Democrats is at risk over the cancellation of policies caused by the new law. Obama's mea culpa on Thursday was meant to upstage Upton's initiative, but it did not. Ironically, Upton's legislation is the first significant bipartisanship achievement in Congress for months.

The New York Post, a conservative newspaper, has been all over the broken promises story. Michael Goodwin had some choice words for the president because of his inexcusable attempt to trick America. "Poll after poll shows that millions of former Obama-bots now concede he is not worthy of their trust and [they] are stampeding off the bus."

Goodwin also references Politico, which revealed that "Obama rarely meets with his cabinet secretaries and is deeply estranged from top military leaders." What does the latter lead you to think about the competence of this administration to lead nuclear proliferation talks with Iran? Is the president the right person to be negotiating treaties with such a dangerous enemy of the U.S.?

Conservative commentator Peggy Noonan suggested that Congress should kill Obamacare. She wrote, "The press and congressional Democrats are no longer [deemed to be] disloyal if they [demand that Obama keep his promises]." Perhaps now those who are critical of Obama's policies will not be labeled racists by ultra-liberals.

To a great extent, this growing dilemma has resulted from the inability of Obama to lead the country.

He was, and still is, totally incapable of navigating through a two-party government.