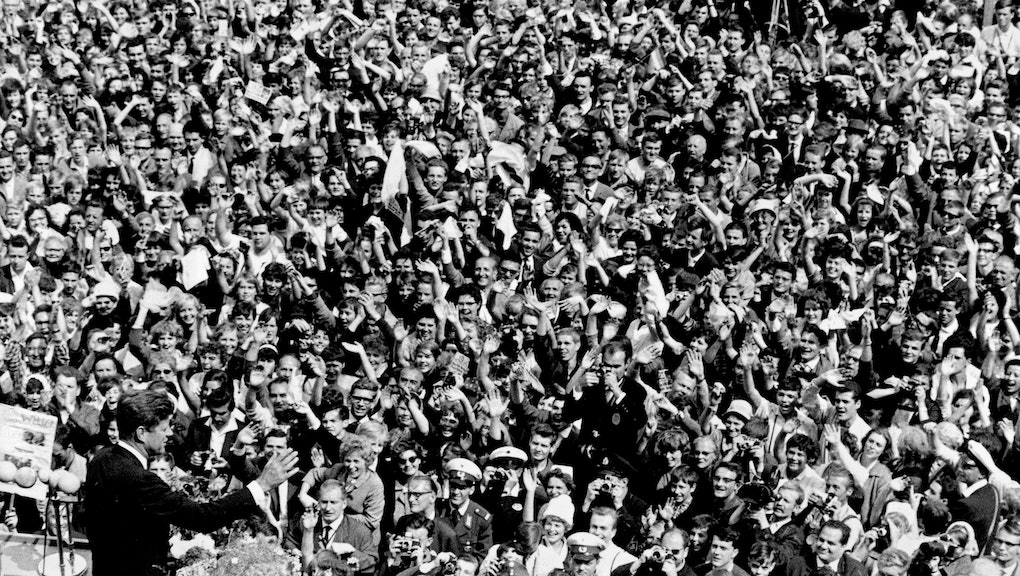 Friday marks the 50th anniversary of the assassination that devastated the country and robbed Americans of a charismatic and inspirational leader.

As the youngest man ever to be elected president at the age of 43, Kennedy represented a new future and hope for the nation. "Let the word go forth from this time and place, to friend and foe alike, that the torch has been passed to a new generation of Americans," Kennedy declared in his 1961 inaugural address. While his presidency lasted only 34 months, his political accomplishments helped cement his legacy as a great president.

On Sept. 12, 1960, in perhaps one of the major events that helped solidify Kennedy's presidential victory, candidate Kennedy delivered a brave speech on his religion to the Greater Houston Ministerial Association, a group of Protestant ministers in Houston, Texas. At the time, many Protestants wondered whether Kennedy's Catholic faith would prevent him from making sound national decisions independent of the Catholic Church. Kennedy proved that he could, and became the first and only Catholic president in American history.

After a failed U.S. attempt to overthrow Fidel Castro in April 1961, in what became known as the Bay of Pigs Invasion, in July 1962, Soviet Premier Nikita Khrushchev reached a secret agreement with Cuba's Fidel Castro to place Soviet nuclear missiles in Cuba in an effort to prevent future American invasion. Castro's Cuba was to be transformed into a Russia nuclear missile site.

Three months later, in October 1962, an American U-2 spy plane photographed nuclear missile sites being built in Cuba. Kennedy considered a U.S. air strike to destroy the missiles, but there was uncertainty about whether or not the nuclear weapons in Cuba were already operational, which meant that any such attack could have sparked a nuclear war.

After days of deliberation, on Oct. 22, 1962, Kennedy ordered the establishment of a naval blockade, or "quarantine," around Cuba to prevent the Soviets from bringing in more nuclear weapons and military supplies.

For 13 days in October 1962, the world was on the brink of a nuclear war, but as a result of Kennedy's leadership, a peaceful resolution was reached. In the face of a major crisis, Kennedy showed firmness and resolve, and emerged as both a national and global hero.

In March 1961, Kennedy established the Peace Corps, a volunteer program that sends young Americans to countries abroad in an effort to promote world peace and friendship. This was Kennedy's first great achievement as president. The program encouraged the spirit of service and tapped into the idealism of the younger generation. Since its inception, over 210,000 Peace Corps volunteers have served in 139 countries working on issues ranging from AIDS education to economic development.

5. Set Goal to Put Man on the Moon

On May 25, 1961, Kennedy stood before a Joint Session of Congress and set a goal of "landing a man on the moon and returning him safely to the earth" by the end of the decade. "No single space project in this period will be more impressive to mankind or more important for the long-range exploration of space," Kennedy said.

If there is room for a couple more presidents to join Washington, Jefferson, Lincoln, and Teddy Roosevelt up on Mount Rushmore, Kennedy deserves to be included.