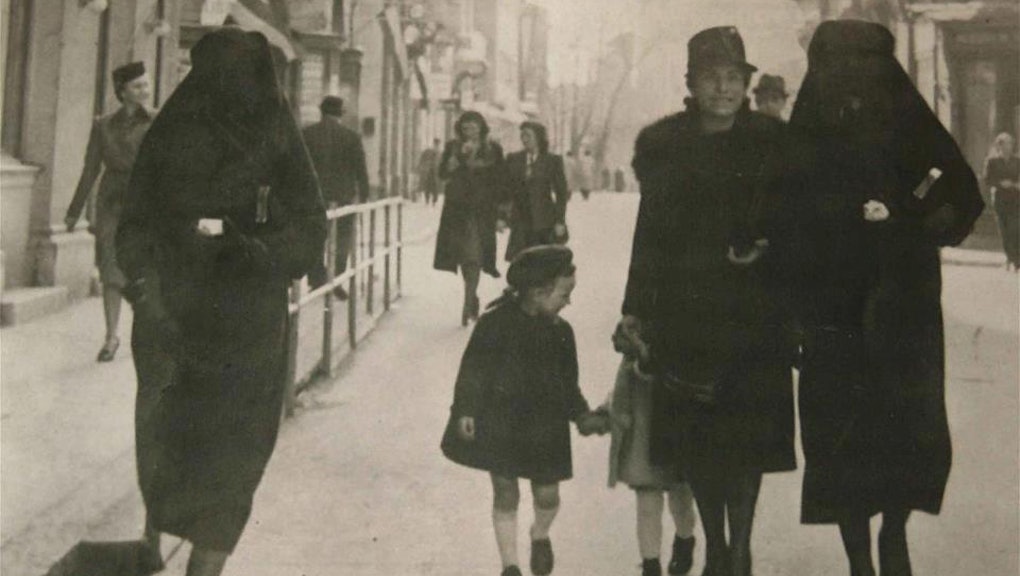 Why This Photo is Popping Up All Over Social Media

This picture from 1941 shows a Muslim woman on the streets of Sarajevo, using her veil to cover her Jewish neighbor's yellow star.

After the Nazi invasion, Sarajevo and the rest of Yugoslavia came under the Ustaša regime. Collaborating with the Nazis, the Ustaša enacted race laws that targeted Jews, Serbs, and Roma. Of the 39,000 Jews that lived in the territory controlled by the Ustaša, only 20% survived WWII.

So you might ask why a Muslim woman was aiding her Jewish neighbor.

Bosnia has been a land of many ethnicities and cultures for centuries. Serbs, Croats, Muslims, and even Jews lived alongside each other and integrated their cultures amongst their communities. Jews that escaped the Spanish and Portuguese Inquisitions found refuge in the Ottoman-controlled territories of the Balkans. And during the onset of WWII, the Kingdom of Yugoslavia opened its borders to Jews fleeing Austrian persecution.

Sarajevo, in particular, was multicultural with flourishing religious cooperation. Sometimes called the "Jerusalem of Europe," it embodied the concept of religious coexistence. Sarajevo was the only major European city to have a mosque, a Catholic church, an Eastern Orthodox church, and a synagogue in the same neighborhood.

So it should come to no one’s surprise that a Sarajevan would reach out to assist a fellow neighbor in times of distress, no matter her religious affiliation. It's a great lesson for us today.