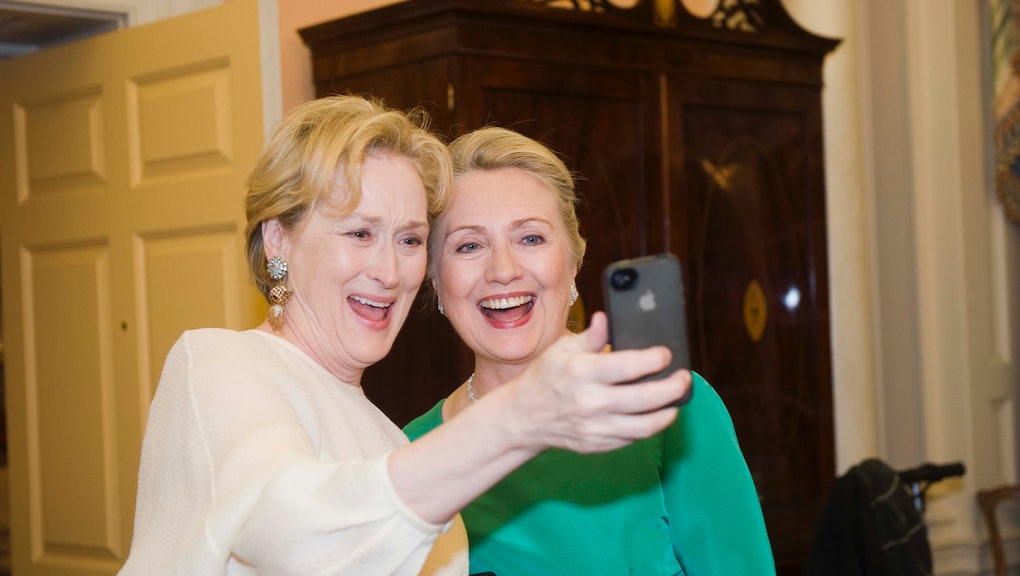 The news: People of Earth (or English speaking countries, at least), your 2013 Word of the Year is — drumroll please — SELFIE!

Oxford University Press has named “selfie,” a picture one takes of oneself with a smartphone or webcam, as its word of the year.

According to Oxford, the decision was unanimous. And with Pope Francis getting in on the action, it’s not hard to see why.

Other words Oxford considered included “twerk,” “bitcoin,” and “binge-watch.” Though you could certainly make an argument for those words, Oxford made their case for selfie, and damn if it’s not a good one: “It seems like everyone who is anyone has posted a selfie somewhere on the Internet.”

The backstory: 2013 continues the trend of internet words taking home the accolades. Last year’s Oxford American Word of the Year was “GIF,” with “MOOC” and “YOLO” featured on the runners-up list. Oxford picks its winners by evaluating prevalence of a word. Words of the Year are those that took the English-speaking world by storm over the course of the preceding year. Oxford notes that the words don’t have to be, and usually aren’t, new words, necessarily. Selfie, for example, stems back to 2002, but 2013 was the year it really hit the mainstream. I hope it thanked MySpace in its acceptance speech.

Our very language is becoming more internet-y: Selfie’s win is just further proof of internet culture spreading into everyday life — because, well, the internet is everyday life for most of us. With “unfriend” winning in 2009, and now selfie, social media is proving to be quite the popular nomenclature powerhouse. As more and more of us sign in online every day, these words that aren’t really words will only become more relevant, and increase their staying power.

The English language is changing at pretty brisk speeds, thanks to the internet’s constant evolution. It’s not as if these words are going anywhere any time soon, either. Four years later, unfriend is just as relevant as it was then, and if anything even more people could give a spot-on definition (just don’t ask my parents).

It’ll be interesting to see just how far this goes. What other internet colloquialisms have a shot at Oxford’s Word of the Year? Which will win in 2014? With Buzzfeed’s ascent, my money is on “listicle” taking home the prize next year. The internet is changing the way we talk, and kudos to Oxford for recognizing that. Internet culture’s prevalence will only continue to increase. Just don’t expect “dick pic” to be anointed any time soon.