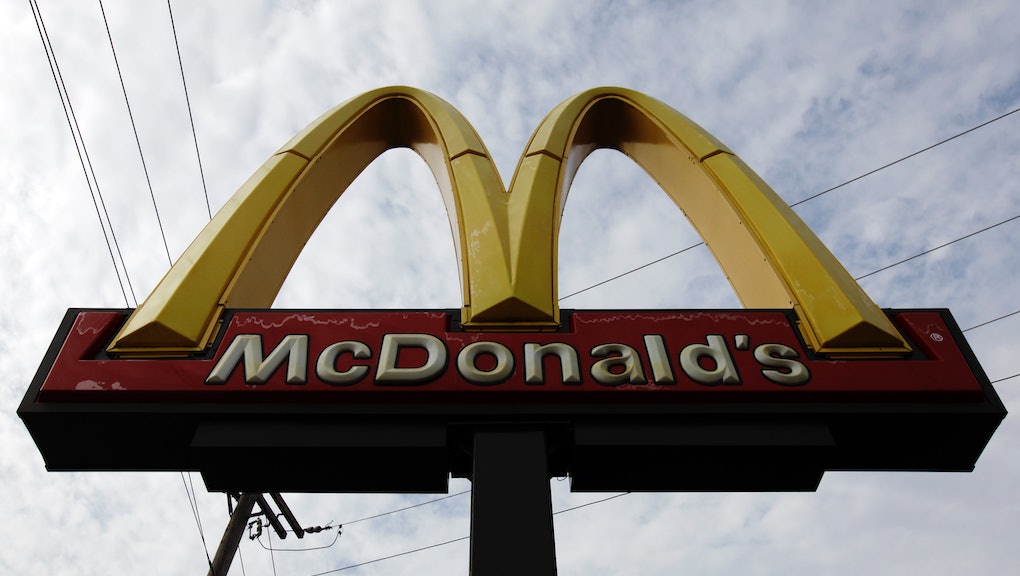 You'll Never Believe What McDonald's Just Told Its Own Employees

The news: McResource Line, the McDonald's employee helpline, has again made the news for offering questionable economic advice. The fast-food company, which appears to be taking cues from Charles Dickens' oeuvre, has suggested that its workers get out of holiday debt by hocking "unwanted possessions" on eBay and Craigslist, and that they can feel more full after meals by "breaking food into pieces."

The background: McDonald's is a wildly successful corporate giant whose profitability and ability to offer low prices is contingent on the low wages it offers its workers. As a result, the company is often the target of unions and other anti-corporate organizations. In August, the group Fast Food Forward held multi-city strikes in order to highlight the difficulties faced by poorly paid fast food and retail employees, and to demand a $15 minimum wage — more than double the current federal minimum wage of $7.25. The union-affiliated organization also funded a study at the University of California, Berkeley, which estimated that low-paying jobs cost taxpayers almost $7 billion per year in public assistance to fast food and retail workers.

The link between underpayment and public cost was underscored when McDonald's worker Nancy Salgado's recorded call to the McResource line — in which she's urged to apply for food stamps and Medicaid — went viral. As did McResource's sample household budget, which assumes that full-time employees have a second job, and fails to account for heating costs.

The bigger picture: In February's State of the Union address, President Barack Obama pledged to increase the federal minimum wage to $9 (a rate higher than that offered by all but one state), and to establish future increases commensurate with inflation. Despite the executive push, Congress seems unlikely to take up such a bill any time soon, and the fight for higher wages has dropped down to states and cities, where increases are unlikely to influence multinational companies like McDonald's.

While the minimum wage hasn't kept pace with living expenses, as can be seen in the above chart, increasing the minimum wage is unlikely to be a cure-all that lifts fast food employees out of poverty and eliminates their dependence on public assistance entirely. That said, a modest increase is also unlikely to be a jobs-killing economic disaster, no matter what McDonald's former CEO Ed Rensi says.