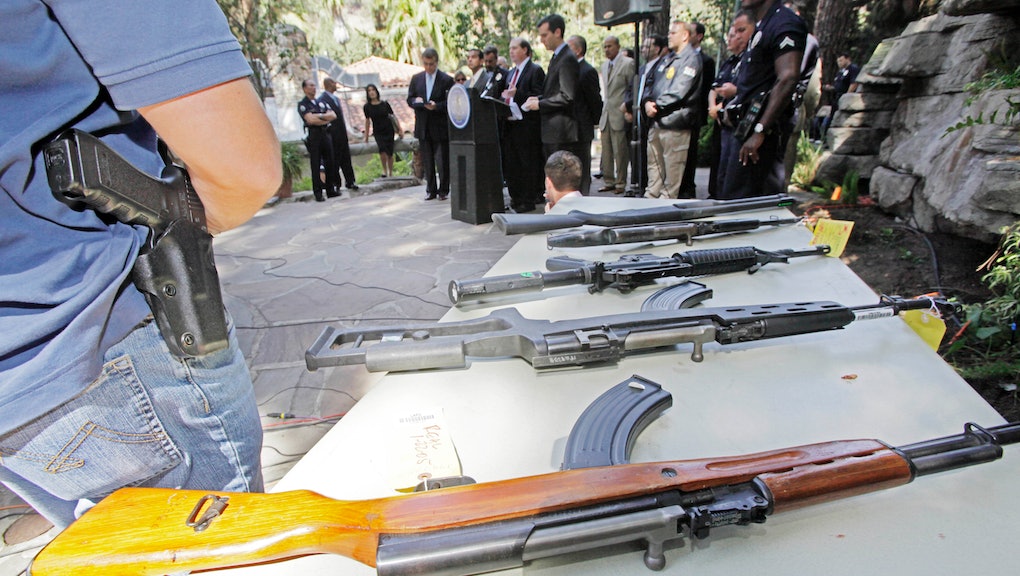 Obama is Quietly Pushing New Gun Control Plans — What Does This Mean For You?

The news: The Obama administration, stifled by gun rights advocates in the Republican-controlled House of Representatives, is seeking to pass new gun control regulations aiming to cut down on the number of stolen and missing weapons.

No one outside the administration currently knows what new rules the Bureau of Alcohol, Firearms, Tobacco, and Exposives (ATF) has submitted to the White House for review. But a primer released by the executive branch said the regulations would focus on cases where firearms are lost "in transit."

Obama has 90 days to review the proposed ATF rule before it must go before the public for comment.

The background: Law enforcement already has a seriously difficult time tracking missing firearms due to a lack of both data and regulatory authority. Sam Hoover, a lawyer working with the Law Center to Prevent Gun Violence, asserts that inaction on rectifying this issue "just feeds the sort of already large and existing secondary market on guns;" the ATF estimated in a report mandated by Obama after the Sandy Hook Elementary School shootings that over 190,000 guns were lost or stolen last year.

But while most mass shootings are carried out with legally obtained firearms, gun violence in general is a whole other story. Incidental data suggests that persons with previous criminal backgrounds are grossly overrepresented in gun homicide cases. The city of Baltimore, for example, found that 40% of the city's homicide suspects and defendants had previous arrests for gun crimes.

And according to the Martin Prosperity Institute, some U.S. cities have higher gun murder rates than entire countries:

Illegal guns are doubtlessly a major contributor to violence, especially in gang-related homicides and crimes committed by career criminals.

With previous bitter fights between the White House and Congress on gun violence leaving legislation an unlikely option unless Democrats regain control of the House in 2014, it seems the Obama administration is looking to flex its regulatory muscle in lieu of sweeping gun control laws.

What does this mean for you? Unless you're a firearms dealer who'd rather not get caught up in red tape over inventory checks or a criminal looking to buy illegal guns, absolutely nothing, other than maybe being very slightly less likely to be shot with a gun. The intent of the regulations seems to be nothing more than providing the ATF and local law enforcement with the necessary data to enforce existing gun laws. It seems incredibly unlikely that the proposed regulations would involve private owners of guns in any way, so can the Hitler comparisons for now.